Can the Rockies make it out of the stout NL West?

How set are the Rockies for the future?

Taking a look at what lies ahead for the Rockies in 2014 and beyond.

How set are the Rockies for the future?

Surprise! Didn't think you'd see these guys did you? Seriously, though. If you have one of them on your fantasy team, you might end up catching a game or two, but even if you don't draft Cargo or Tulo, and even if you aren't a Rockies fan, you might want to make a special effort to catch a game this year. They might put up a collective 0-fer, but chances are, one of them will do something that will make it worth your time.

He also pitched some.

Despite a pretty solid batting line over his 45 plate appearances and his part-time role as a pinch runner, Chatwood probably brought more to the table in the rotation during 2013. He put up a 3.15 ERA in 111 innings after beginning the season in the minors and spending time on the disabled list. With a groundball rate of nearly 59 percent -- third best in baseball for pitchers with at least 100 innings -- the 24-year-old righty abruptly became a crucial part of the Rockies rotation.

The question is: Can he do it again? 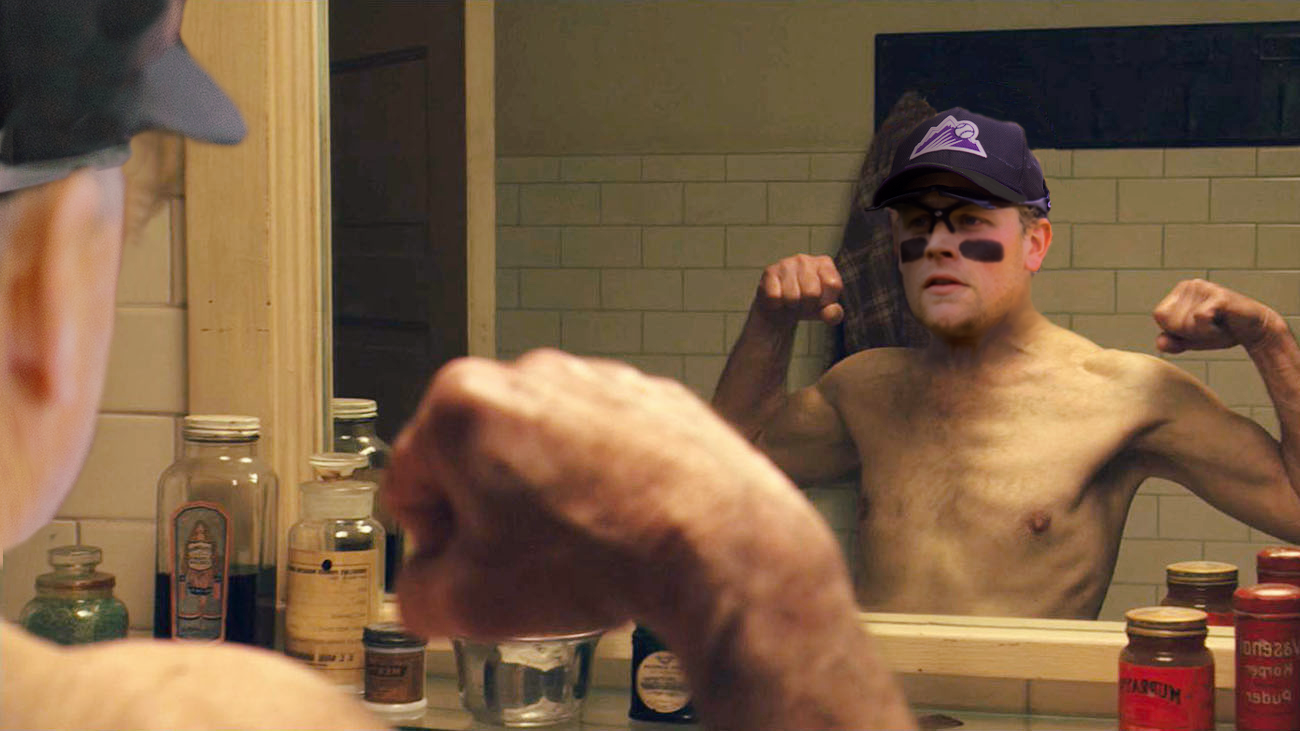 Why didn't the Rockies sign an outfielder? Justin Morneau has been worth less than a half of one win since suffering a concussion and post-concussion syndrome in 2010. The Rockies might be hoping that Coors Field will function as a sort of return-to-a-dominant-prime bath, or a pool of infinite good times, or something like that.

It could happen. It's unlikely, but certainly within the realm of possibility -- well, not the Benjamin Button part. However, the Rockies might be in a much better position overall if they had brought in an outfielder, allowing them to move Michael Cuddyer to first base. Cuddyer is a below average defender, to put it very kindly. Signing Morneau made them worse defensively (in a way). If he hits like he did before his concussion, none of that will matter, but he has a long way to go.

Not Jonathan. He has pitched less than 40 innings as a professional, but the scouting community has seen enough to label Gray as one of the top prospects in the game. He's the easily most talented pitching prospect the Rockies have had in some time. Actually, he may be their most promising arm ever.

His fastball is only comparable to massive, nuclear freight train ballistically hurtling through outer space in soundless light minutes. In other words, it's hard to describe within reality. He also has a "wipeout" slider, and a late-fading changeup. In High-A ball last year, he struck out 36 hitters in 24 innings and walked just six. If he continues to show advanced command, he could make his way to the majors at some point in 2014.

With Jhoulys Chacin likely to begin the season on the disabled list, the most pressing issue for the Rockies appears to be their rotation -- a common theme in recent years. They can probably count on Jorge de la Rosa for some average starts at the front of their sequence, but he's only pitched more than 130 innings twice in his 10-year career. Brett Anderson has been dealing with injuries throughout his career as well, and Juan Nicasio hasn't exactly been an anchor. However, if this group can get and stay healthy, the Rockies have a chance.

It's not as if pitching is their only concern, though. Unless manager Walt Weiss starts using a new age lineup, he might have trouble finding guys who can get on base in front of Gonzalez and Tulowitzki. Corey Dickerson, Brandon Barnes, Drew Stubbs, and Charlie Blackmon are battling for a starting outfield gig. There could be a useful platoon somewhere in there, but expecting a deserving traditional leadoff guy out of that group might be too optimistic. Michael Cuddyer is likely to regress after benefiting from a BABIP 70 points above his career average last season, and again, he is a liability in the outfield. Last year, he posted a -16 DRS in almost 1,000 innings in right field and a UZR/150 of -18.9 -- making him, statistically, the worst defensive right fielder in the game.

An offensive step forward for Gold Glove third baseman Nolan Arenado, and a strong year from Josh Rutledge would be handy. With Cargo and Tulo, the Rockies will always have a chance, and their supporting cast is strong -- not Lupita Nyong'o strong, but solid -- so the season might be riding on the production of the rotation.

They can climb the craggy NL West like Hillary and reclaim the pennant at the summit ... or whatever.

It's not out of the question for the Rox, but they're going to need some luck to outpace the Dodgers. Sometimes good teams struggle though, and that could happen to Los Angeles this year. More realistically, Colorado could sneak into the postseason as a Wild Card and upset their way through the tournament, but they'll need Chacin to come back strong and Tulowitzki and Gonzalez to stay healthy all year.

The Dodgers aren't the only competition. San Francisco and Arizona should be tough teams this year, and San Diego could poach enough wins to make something of their season as well. Another last-place finish in Denver is entirely possible. But with Gray and fellow prospect Eddie Butler coming through the minors, the Rockies have hope for the future even if they struggle this season.