Major League Baseball's only beer-themed baseball team fell to 74-88 last year as the team was embroiled with controversy surrounding Ryan Braun's performance enhancing drug use. With Braun back on the field, can the team look to bounce back in 2014?

Tom Gorzelanny - Shoulder, questionable for the start of the season.

There are three questions surrounding Ryan Braun when the season starts in two weeks. Namely:

Fortunately, Braun should perform quite ably on the field, his natural abilities having never been in question and the exact boost that PEDs provide still up in the air. And though PECOTA doesn't know how to adjust projections because of drug use, he's still pegged to hit .303/.370/.522 next year. While Braun will never see another MVP award in his lifetime, he should still be the best hitter in an aging and fragile Brewers lineup.

And if that happens, Brewers fans will certainly welcome him back with open arms, if perhaps a little hesitation. Whenever the Brewers are on the road however, get ready for a number of illuminating signs being held up with messages like, "PEDs ARE EVIL!" and "RYAN BRAUN, I DON'T LIKE YOU!"

And as for the restaurant, I don't know, man, use Yelp or something.

Quick lesson, this is Chris Davis: 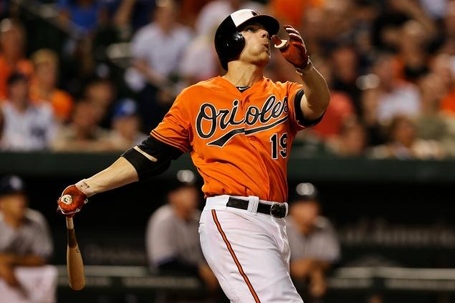 This is Khris Davis: 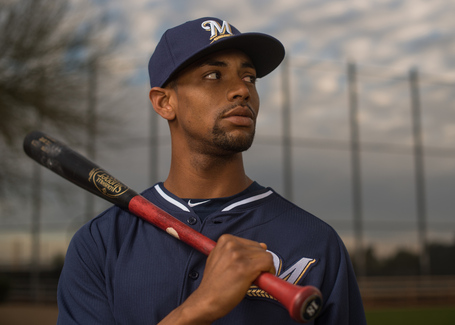 And this is Criss Angel: 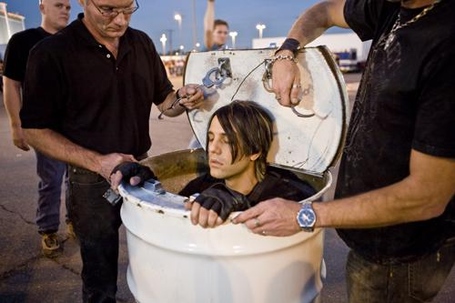 Coming into last year, Khris Davis failed to rank among Baseball America's top 10 prospects for the team, though he was thought to be a decent sleeper given his power potential. Turns out, that was where the smart money was, Davis hitting .279/.353/.596 with 11 HR in only 153 plate appearances. Though that power is very, very real, players like Davis often find success when feasting on fastballs and struggle to adjust when pitchers change their approach.

After employing Yuniesky Betancourt at first base last year and with Aramis Ramirez turning 36, the Brewers should be very happy to have Davis' power in the lineup, no matter how many times he may strike out next year, especially while paying him the league minimum.

A look back at each team's offseason and their chances in 2014.

While Yovani Gallardo, despite the down season in 2013, remains the staff ace, and newly acquired Matt Garza giving the team some much needed depth, it's the 25-year-old Wily Peralta that has commanded the most attention this spring. The sinkerballing starter struggled in the first half last season, pitching to a 4.61 ERA and striking out only 5.6 batters per nine innings.

But in the second half, while utilizing his slider more often, Peralta's strikeouts rose, his ERA dropped, and he looked like the pitcher that the Brewers are hoping for. If he can do more of the same next season, the Brewers rotation will be surprisingly deep, with top prospect Jimmy Nelson expected to make his debut around midseason.

It's been a long road down for Rickie Weeks. Since hitting 29 home runs with an .830 OPS in 2010, Weeks has watched his production drop every year, eventually falling to an untenable .209/.306/.357 line last season and the loss of his job to the 5'10" and wonderfully scrappy, Scooter Gennett.

Gennett surprised everyone, hitting .324/.356/.479 in 230 plate appearances, every one of those numbers higher than what he had posted at any stop in the minor leagues. While Gennett and Weeks will be expected to platoon next year, the Brewers will need to hope that Gennett can at least somewhat resemble his 2013 performance if Weeks fails to bounce back.

There's no questioning it, the Brewers are entering a down period for the team. Though there is still some star power left from the days when Braun and Fielder lead the team to postseason glory, deep cracks are showing, from Aramis Ramirez's age to Juan Francisco's absurd 35% strikeout rate at first base.

While there is a decent starting five in the rotation and intriguing, under-valued players around the diamond in Carlos Gomez, Khris Davis, and Jonathan Lucroy, should injuries strike, there are few good answers beyond the starting nine.

The farm system is largely bereft of impact talent, it being the high cost of a mid-market team finding regular season success and deciding to push all-in rather than continually trade star players for future dreams. There's a dignity in that and Brewers fans would do well to stick with a team that is coming out of the best stretch for the team since the early 80s.

Fortunately for the Brewers, the Pirates and Reds did little to improve this offseason, and the Brewers have enough interesting pieces that a few breaks going their way could result in a better finish than many expect.

Ryan Braun, living on nothing but green power smoothies, hits .330 with 40 home runs while Khris Davis does his best Chris Davis impression behind him and Carlos Gomez continues to display isolated slugging percentages above .200.

Jonathan Lucroy, using his superhuman pitch framing abilities, steals strikes for his pitchers with Gallardo, Garza, and Lohse all having stellar season. Wily Peralta, his slider bending away from baseball bats and his sinker barreling into the dirt, doesn't allow a hit out of the infield all season long, while the adorably named Scooter Gennett proves that his 2013 was not a fluke and runs away with a batting title.

Ryan Braun decides to embrace a life of crime, leaving the team mid-season to rob banks like half of a modern day Bonnie and Clyde. Carlos Gomez watches that power explosion run dry and Khris Davis' swing turns out to have more holes than Louis Sachar's novel which happens to be named Holes. Yovani Gallardo struggles again, Matt Garza fails to top 160 innings for the third straight season, and Wily Peralta proves that he is little more than a back-of-the-rotation innings eater. Scooter Gennett and Rickie Weeks both decide that they don't like hitting baseballs and Aramis Ramirez fails to get 400 at-bats for a second straight year, the Brewers tumbling to the bottom of the division.

While the future doesn't look bright for the Brewers and you have to do some squinting in 2014, the team has more talent than one would expect at first glance. If a few things break right, the Brewers could find themselves playing competitive baseball deep into the summer, perhaps even finding themselves with one of those shiny Wild Card positions when everything is said and done.