Your 2014 World Series Champion Miami Marlins. Or the worst team in baseball.

On the whole, it would be fairly difficult to tell the tale of the Marlins' 2013 season with anything other than generally negative descriptors and faint praise for the handful of bright spots on an otherwise outmatched roster. Just how outmatched were they? Only three position players were worth more than 1.0 fWAR with Giancarlo Stanton leading the way with 2.3 wins in 116 games. On the pitching side of things, four pitchers were worth more than 1.0 fWAR with the beau of the ball Jose Fernandez throwing down a mighty impressive 4.2 fWAR in his rookie campaign.

Mike Redmond's squad started the season 13 - 41--that's a winning percentage of .241 for those of you who were curious--before closing out their last 108 games with a far more palatable 49 - 59. That was good for a 100-loss season, and only the 111-loss Astros were worse than the Miami nine. 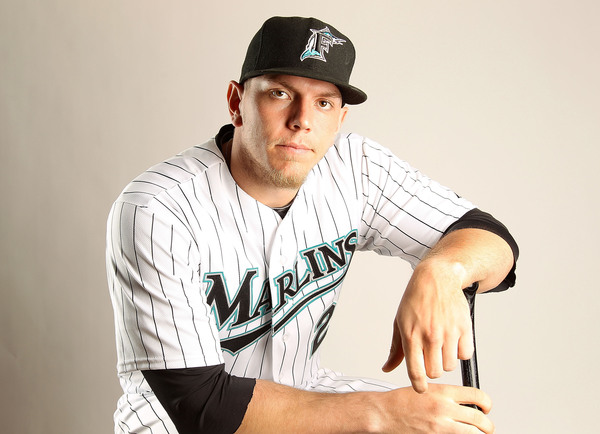 Don't worry if you haven't heard of a few of those guys. Chris Valaika hasn't heard of Chris Valaika. It would be hard to argue that anyone listed above would qualify as a huge loss. They traded Ricky Nolasco at the deadline last year. Other than that, only Morrison could conceivably be a loss, but thus far he's been a bit of a disappointment. Somewhat understandably, a team that lost 38 more games than it won had a lost of roughly replacement-level talent. Guys like Polanco, Pierre, Diaz, and Kearns probably had their place on a young team building [one hopes] for the future, but they're hardly top-tier talent. 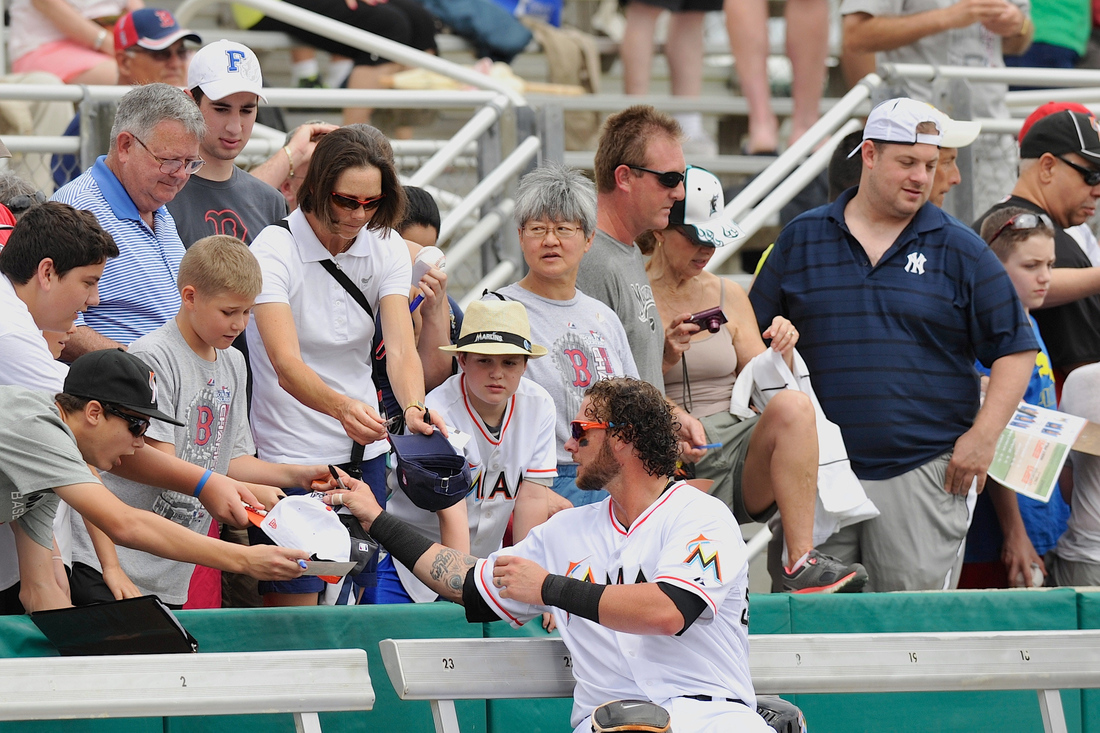 While the determination as to whether or not Mike Hill and the Marlins added any impact talent relies upon one's valuation of Saltalamacchia (and to an extent, Garrett Jones), the Marlins of 2014 are probably better served with this approach. Given the make-up of the Marlins very young roster, any other approach would have been a disservice to their pre-arb talent already in house. The future lies in the hands of their cornerstone talents Giancarlo Stanton and Jose Fernandez and guys like Christian Yelich, Marcell Ozuna, Jake Marisnick, Andrew Heaney, Justin Nicolino, and Brian Flynn. The plan of attack with this model is to allow for the wave to hit the shore, not build an impenetrable seawall a few hundred yards from shore.

Christian Yelich would appear to be well on his way to being a productive Major Leaguer, but the guy who could accelerate the plan in Miami would be Marcell Ozuna. Blessed with a healthy dose of power, a step forward in Ozuna's development in the Bigs could actually turn the Marlins' line-up into a respectable Major League offense.

Or not. Honestly, if everything breaks for the Marlins in 2014, they could win 75 games. Stanton could become the superstar many have been portending for years. Fernandez could be joined atop the rotation someone in the Jacob Turner/Nathan Eovaldi/Andrew Heaney/Brian Flynn flight of young hurlers. Yelich could live up to his top prospect status, and Saltalamacchia could prove to be worth the contract Mike Hill handed him.

They are surpassed by the Astros, and find themselves sole owners of a triple-digit loss season in 2014. This seems much more possible than the scenario just laid out. Fernandez could go down with a UCL tear. The oft-injured Stanton could go down for the bulk of the season, or worse, put more distance between the star-potential he showed in 2012 and himself, making that 5.7 fWAR (in just 123 games) look like the aberration.

There's talent in the pipeline, but it's going to be a long season for any Marlins fans who care about the Win-Loss column. Contention is obviously not in the cards this year, barring divine intervention.