Masterson's offers were "reasonable," but the decision was far from being a no-brainer for Cleveland.

Justin Masterson has had two great seasons in Cleveland, and two not-so-great seasons, but even when his ERA was high, he provided the Indians with a durable arm to lean on for a few wins a year.

He wanted to stay in Cleveland, but it doesn't look like that is going to happen.

Extension negotiations have stalled, so Masterson could be headed for the open market next winter.

He didn't want Zack Greinke money. He didn't even ask for Homer Bailey money -- even though Bailey makes for a decent comparison in terms of fielding-indpendent pitching and fWAR, and he's just one year older than his fellow Ohio interloper. Both pitchers are in that good-not-great tier of starters that seem to get overpaid in free agency, though the impending qualifying offer might complicate the demand for Masterson. Even so, he's bound to find a taker -- especially if he pitches well this season.

The Indians have been the early recipients of some public criticism throughout the process. Most of that criticism likely came in concert with CBS Sports' Jon Heyman report last week, titled: Masterson made reasonable offers; Indians can't afford to ignore him.

A few days later, Heyman reported that Masterson was asking for a three- to four-year contract at about $17 million per season. The team was offering around $14 million a year, likely hesitating to go higher due to several upcoming arbitration raises and their designs on extending second baseman Jason Kipnis. 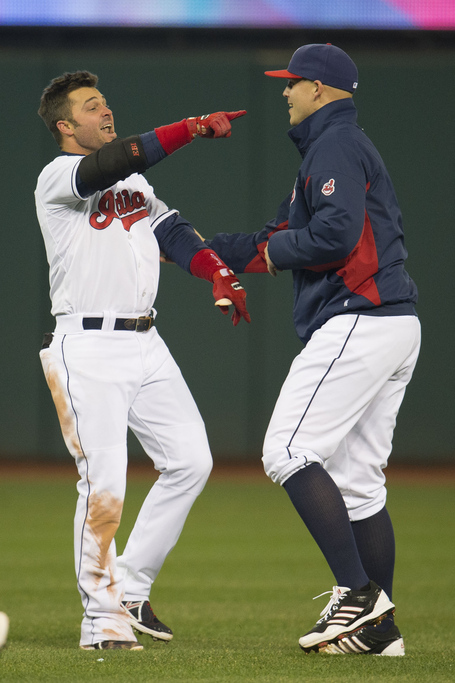 That's not unreasonable. But it's not exactly an act of philanthropy either. Masterson's camp is fully aware that he will be one of the most sought-after free agents on the market next winter. They could have cooked up a Bailey Ultimatum if they wanted to and no one would blame them, but they didn't. They came to the boardroom or the luxury press box or the private underwater restaurant that they built for negotiations -- wherever it was, they entered into the talks with what appeared to be a genuine desire from their client to stay with the team.

In a bigger market, Masterson's deal might have already been done, but Cleveland is a small-market -- one of the smallest -- and they'll have Michael Bourn and Nick Swisher as the dusty capstones of their payroll until 2016.

And then of course, there's Kipnis. He might be the best second baseman in the American League by then. At this point, he's got to be their priority. It helps that they have Michael Brantley and Carlos Santana locked in on team-friendly deals, but adding another thick dollop of cream on top of a perfectly good piece of pie isn't always the best choice. Sure, it sounds good, but a few bites in, it might kinda start to take over.

It's not as simple as Masterson vs. Kipnis. Cleveland might have been able to find a way to keep both players around, but at the tail-end of those two deals, they'd have several other tough decisions to make on guys like Danny Salazar and Francisco Lindor.

Masterson's offers were fair, but Cleveland might not be ready to commit a free agent-caliber deal to a pitcher who is only reasonably good. They have to save their splurges. And they know that. They've been Bourned Swishered Garlanded burned before.