Can Gyorko spark the Padres?

Who's the best second baseman in the National League? Matt Carpenter's a third baseman now. Brandon Phillips still has a great glove, but his bat has been slipping the last two years. If Chase Utley's bone-powder knees don't completely cave in, he's probably the guy.

But what about Gyorko? In 125 games last year, he was worth just about as many wins as Phillips, Marco Scutaro, Neil Walker, and Daniel Murphy. Yes, that group -- 2.5 to 3.0 fWAR -- came in pretty far behind Utley and Carpenter, but again, Carp is at third now and Utley hasn't played in 150 games in a season since 2009.

Gyorko isn't a Gold Glove defender, and he might never flash SABR-tickling plate discipline, but he led NL second basemen in home runs -- second in baseball to Robinson Cano. And he did it as a rookie playing half his games in the parametric gulf of Petco. If he can reconcile his strikeout and walk percentages to better reflect what he did in the minors, he could have a huge season and end up being the centerpiece of the Padres offense.

Cashner's been tabbed as the Padres Opening Day starter, and he deserves a chance to be that premier guy at the front of their rotation. Last year, his first full season as a starter, Cashner walked a career-low 2.42 batters per nine innings on his way to a 3.09 ERA in 175 innings.

He's been hyped by the scoutingwealth of baseball since Theo Epstein was in Boston, but up until last year, it was all ceiling and very little in terms of actual production. The expectations for 2014 are lofty after Cashner finally put together a strong season at age 26. 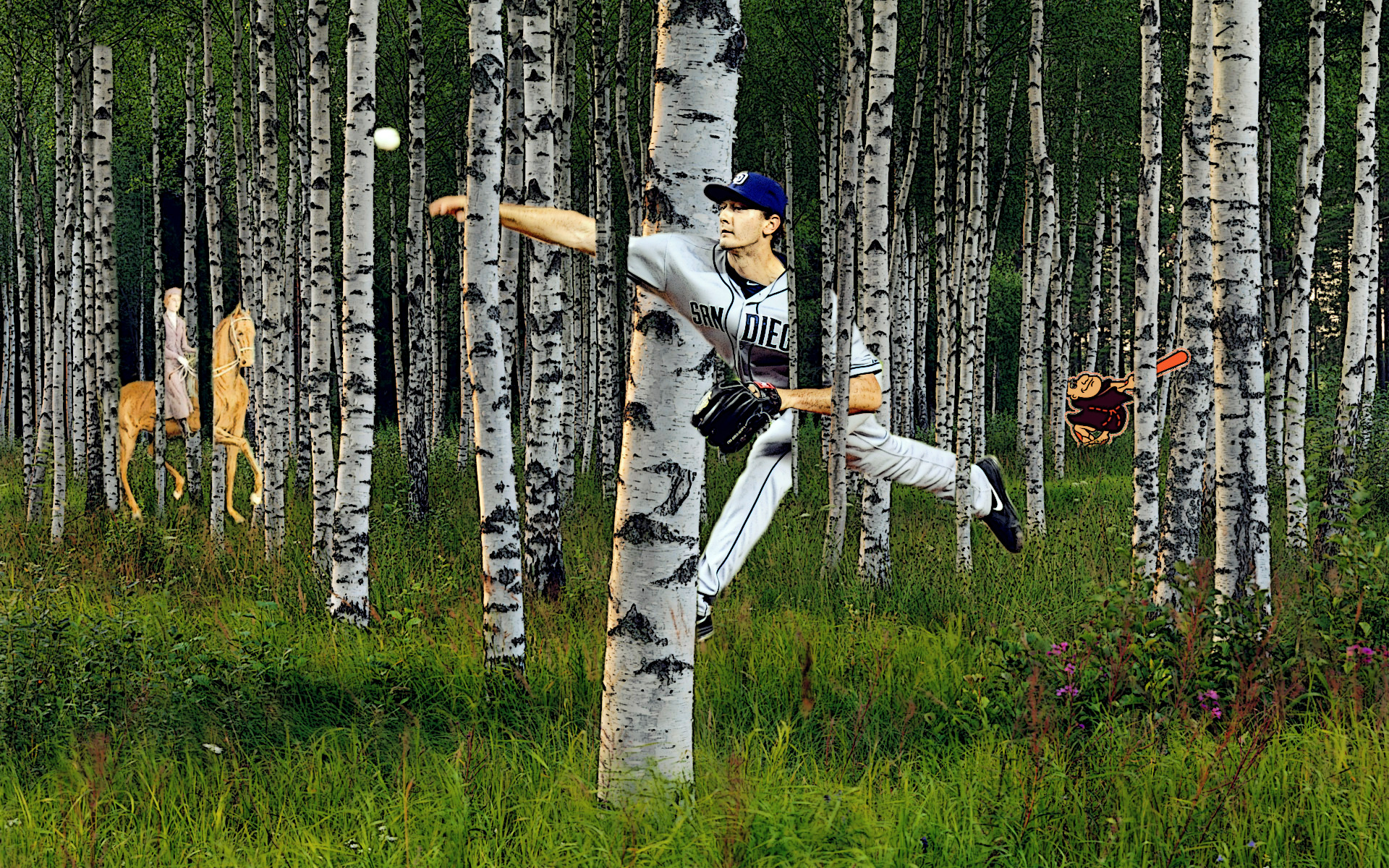 It doesn't make any sense, except that those are birch trees. You could also suss out some kind of analogy about Smith having some aspects of his game that stand out and a few that seemed to disappear in his short run as a big leaguer last year, but I don't really want to. I just think it's funny.

Throughout the minors, Smith had defibrillating strikeout numbers. That part of his game translated to the majors. Unequivocally. He struck out 11.39 batters per nine innings -- or 27.5 percent, which is actually a better way to look at K rate -- but he struggled with his command, walking over 5 batters per nine -- or 12.6 percent. It was a small sample size, just 36⅓ in seven starts, but clearly, he'll need to whittle away at the free passes to have prolonged success.

If he puts everything together, he could be a huge breakout candidate for San Diego.

San Diego's been a perpetual 70-win team since Adrian Gonzalez left. They need a "leader" with a bat in his hands, but the last good Padres team pitched with a staunch avarice. The bullpen was nearly impregnable and the rotation featured consistent arms at the top. They might be close to returning to that formula, but they're not quite there yet.

It's also pretty safe to say that the division has gotten much better over the last few years.

Several external factors are going to have to break their way for the Padres to be able to compete with the Dodgers -- and the other three teams in the NL West. San Diego seems to be where they always are: Just a few guys away ...

But maybe this is the year it all falls together in perfect symmetry. Maybe Gyorko explodes and Cashner gels with some of the team's young starters to form a solid rotation. Maybe Josh Johnson only gets injured once -- he's likely to start the season on the DL. Maybe Chase Headley channels 2012 and Everth Cabrera channels 2013.

It's not like all of those channels have to be channeled for San Diego to make the postseason, but many will.

This team has already been mangled by injuries. Headley will have trouble putting up another big year in his walk season if he can't shake that tweaky calf. Corey Luebke, Cameron Maybin, and perhaps even Casey Kelly might simply be too fragile to make an impact in their careers -- but definitely not for the better part of this season.

If San Diego finds itself at the bottom of the division in July, a pseudo-fire sale might be in order to gear up for the next wave of prospects -- Max Fried, Austin Hedges, etc. Headley could bring back an impact player, but he'll have to be healthy and productive. He doesn't appear to be sticking around anyway, so why not trade him?