The only thing separating the 2013 New York Mets from fourth place in the NL East was the one game difference between their record and that of the just barely more dismal Philadelphia Phillies. Rounding out their 2013 with a total of 74 wins, it would be hard to look at last year's Mets with anything other than pity, unless of course you fall into one of two categories: a Mets fan (in which case the calamity that was last season would be better left forgotten) or a fan of a rival NL East squad (in which case you took delight in the indignity of their campaign). When delving deeper into analysis of their season, their third order win-loss record was more than two games worse than their actual record, sitting at 70.7 - 91.3. This implies that not only were they a 74-win squad, but that they were lucky to end up with that many wins in the first place.

Making things look even worse was the fact that their third order win total would have put just the Marlins and Phillies behind them in the National League. Yes, they were ahead of two teams in their division, but those two teams happened to be the only two teams that were inarguably worse than the Mets in the entire Senior Circuit.

To add injury to insult, the brightest spot on the bleak canvas of their 2013 season was Matt Harvey. Harvey was the third-most-valuable pitcher in the NL (in terms of fWAR). Only Cliff Lee and Adam Wainwright posted better K/BB (of qualified pitchers) in all of baseball, and his FIP was the best in baseball (again, of qualified pitchers) by 0.39--ahead of co-runners-up Clayton Kershaw and Anibal Sanchez. The catch, of course, is that Harvey didn't pitch after August 24th. Of course, Harvey and the Mets futily decided they would try to rehab his torn UCL for two months before he finally opted to go under the knife in October. While there would have been little gained in what is likely to be a lost season anyway, an earlier surgery could have led to at least a handful more starts in 2014, which could hardly be deemed a bad thing. 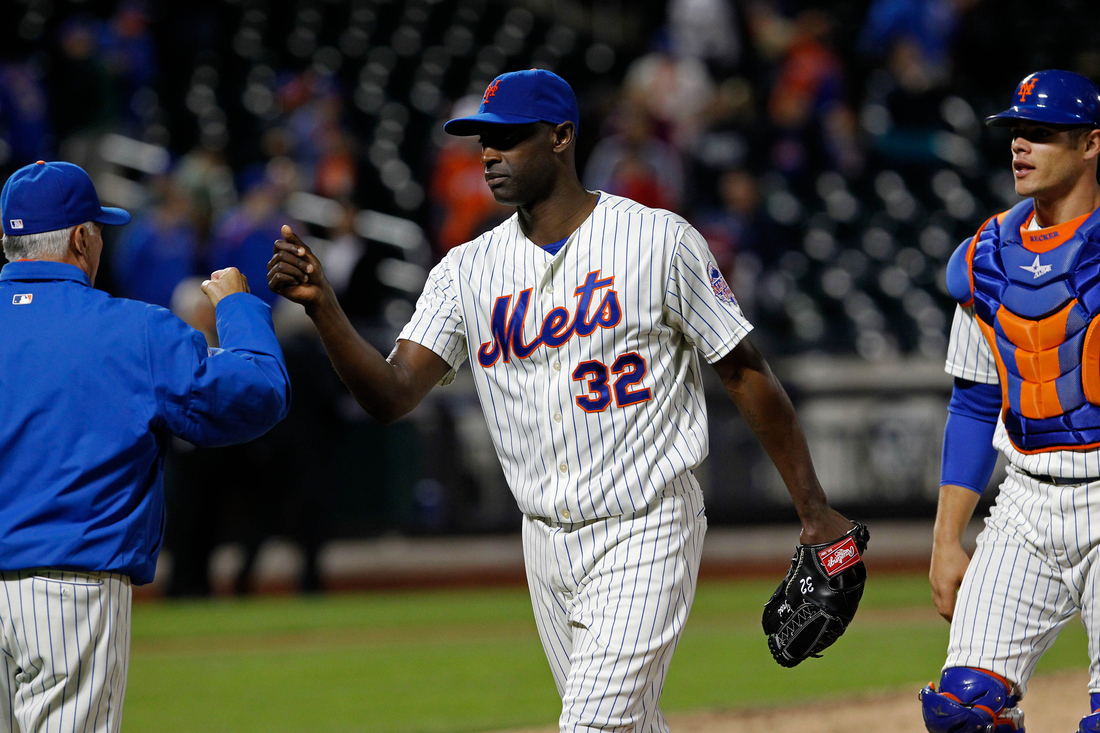 From a team that didn't really have a lot in the way of talent to lose, very little was lost this offseason. Sandy Alderson & Co. have been intent on trying to build from within, so the pieces integral to the Mets potential success down the line are not/were not close to free agency. The players who have left this past offseason were fungible.

The key signings for the 2014 Mets aren't awful ones, but it's hard to see how they'll meaningfully affect the standings. The 33-year-old Granderson will patrol left while 30-year-old Chris Young will hold down the other corner of the outfield. Steamer, ZiPS, and Oliver all like the two outfielders to be worth somewhere in the vicinity of 2.0 fWAR, looking slightly more favorably upon Young. Given that the 2013 Mets got 3.5 fWAR from Marlon Byrd alone in the 117 games he played before being dealt, it's hard to see how Granderson and Young equal more wins in 2014. 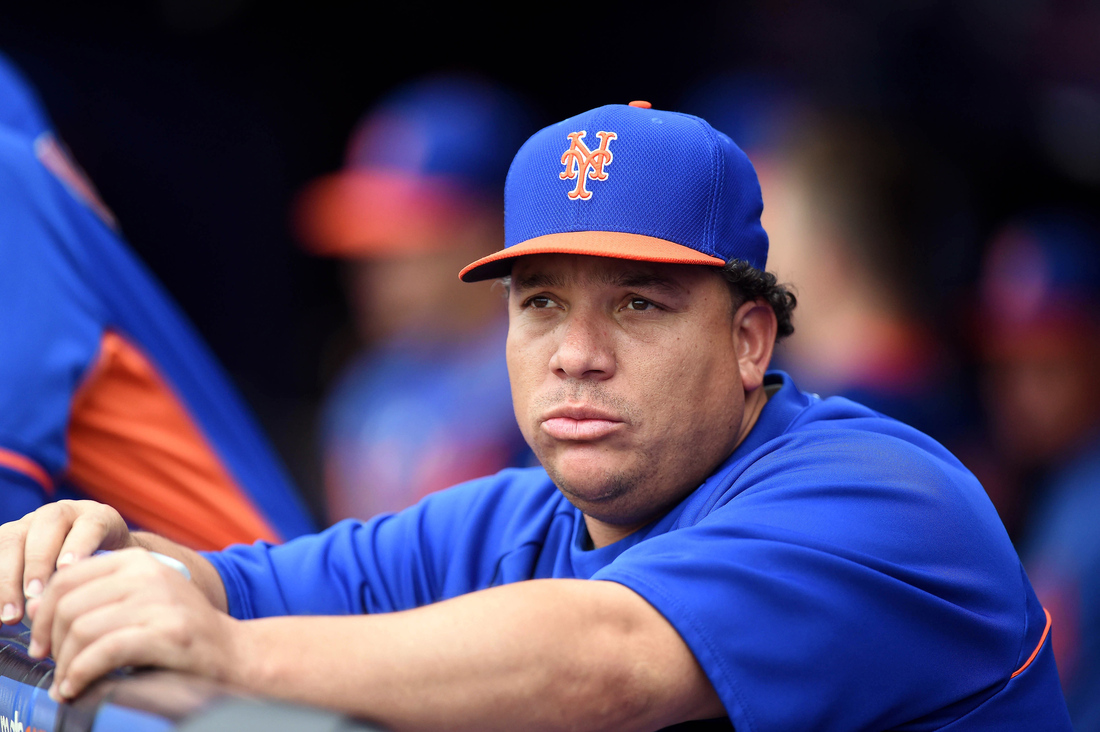 In what has to be the weirdest career resurgence of the new millennium, the almost-41-year-old Bartolo Colon just signed the first multi-year deal he'd been offered since he signed with the then just Anaheim Angels in 2003. Before 2011, Colon's last season in which he was worth more than 1.2 fWAR was 2005. From 2006 to 2009, he threw just 257.0 IP while compiling a 5.18 ERA, 6.0 K/9, 2.42 K/BB, and 89 ERA+. He didn't even pitch in 2010. He's been worth 2.8, 2.4, and 3.9 fWAR in the three seasons that followed his one-year hiatus in which he underwent a controversial stem-cell procedure that has bought him a second life (and earned him a two-year, $20MM deal from Alderson and the Mets). While projecting any positive production out of Colon over the next two seasons is far from a safe assumption, the fact remains that he could actually produce a value in surplus of what he was paid--a shocking development given where he was in 2010. 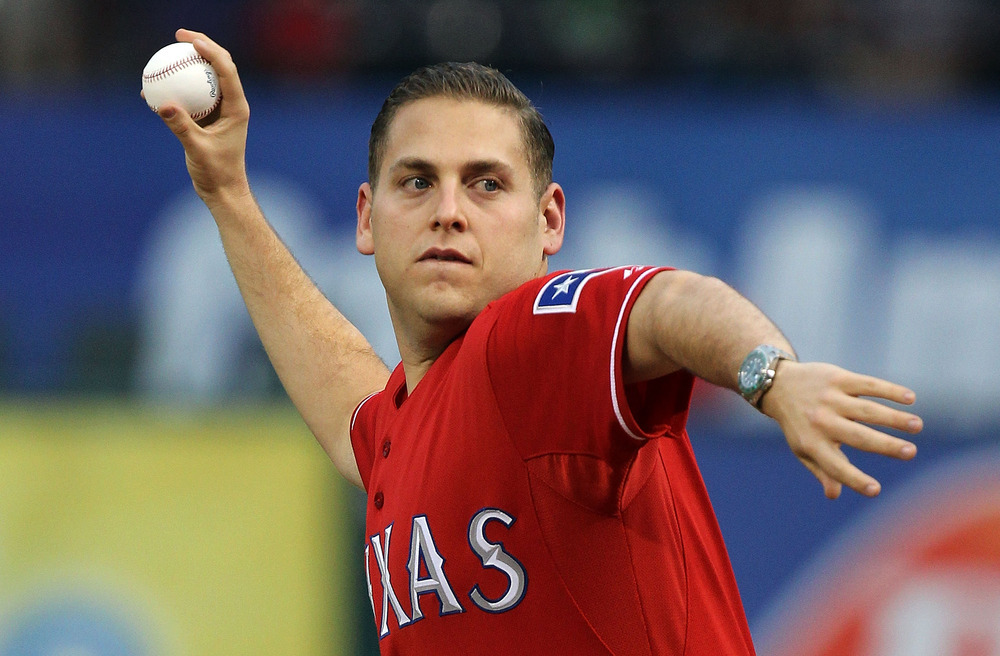 Four of the consensus top five prospects in the system look primed to contribute this season with Travis d'Arnaud and Wilmer Flores already having reached the Majors last season. It would be hard to argue that anyone will contribute more to the 2014 Mets from the farm system that Peter Brand Paul DePodesta has built up than D'Arnaud will this season, as he should spend the entire season with the big league club. While fellow hurler Rafael Montero could see the Majors before him, Noah Syndergaard is the one arm left in the minors with the potential to be something special. The 6'6" righty moved up through the minors and prospect lists and could very easily make his Major League debut this season. With the real possibility at being a #2 starter, the Mets look to be planning to limit his usage early in the season to get as many of his 150 innings to happen at the Major League level as possible. D'Arnaud may be more valuable this season than Syndergaard, but that value will likely owe to the fact that he had more time in New York.

Even if everything works out as best it can for the hard-luck Mets, it's hard to envision a scenario in which they finish any higher than third in the NL East. It would be surprising but not completely shocking if they finished right around .500, which isn't terrible. They're a healthy year away from having a formidible rotation at which point any holes on offense could probably be patched through free agency. 2014 is a year to build for the Mets, but they could take a step forward into respectability.

Wheeler, Niese, and Syndergaard struggle and/or find themselves missing significant time. Harvey has a significant setback while attempting to come back. The oft-injured Travis d'Arnaud misses a large chunk of yet another season. Ike Davis repeats his 2013. David Wright misses much of the season for the third time in what would be four years. The Mets struggle to win 70 games. Contention in 2015 seems increasingly unlikely.

While they are in a better position for success in the long-term than division rivals Philadelphia and Miami, the Mets are still significantly worse than the Nationals and Braves. They're probably the best of the have-nots, but 2014 is all about building for the future.