Josh Hamilton injury: Did the Angels buy a fragile albatross?

Hamilton's hurt again, but is he really injury prone?

Share All sharing options for: Josh Hamilton injury: Did the Angels buy a fragile albatross?

Josh Hamilton is going to be out for a while. He tore the ulnar collateral ligament and capsule in his left hand.

Feel around the base of your opposable digit. On the thumb-side of the meat between your forefinger and thumb there should be a ligament you can feel up to the joint. If not, you have a serious problem. Now imagine that cord you just wiggled around being busted in half. Gross, right? And painful.

More: Josh's contract is a HamilTON of bricks

It really seems like this happens a lot with Hamilton. It seems like he has a an issue like this every year that induces a panic-riot for fans and fantasy owners everywhere.

Well, that depends on how you define the label.

Once he finally reached the majors with Cincinnati in 2007, Hamilton started to show the skill set that earned him the honor of being picked number one overall in the 1999 amateur draft. Cincy saw his strong 2007 debut as an opportunity to maximize his value and rid themselves of a potential headache. That didn't really work out the way they thought it would. They got Edinson Volquez out of the deal and the Rangers got four MVP-caliber seasons from Hamilton for less total money than he will make next season in Los Angeles.

He was actually in Texas for five years, but played only 89 games in 2009. That has still been the only time he has failed to log 500 plate appearances in a season.

Minor injuries add up ... with his ubiquitous past

That seems like the most sensible part of the narrative. Hamilton's production bottomed up in 2013 - like Mariana trench bottom, compared to what had become expected of him. And his contract ...

But he played in 151 games and logged 636 plate appearances, so how hurt could he have been?

It's impossible to quantify the effect injuries had on his 2013 campaign. There is no stat in all of sabermetrics that can measure pain or wear and tear. But the numbers speak for themselves. Whether or not his past as a substance-abuser had anything to do with it is also pretty hazy, but at this point, you can't hear his name without also thinking about drugs. 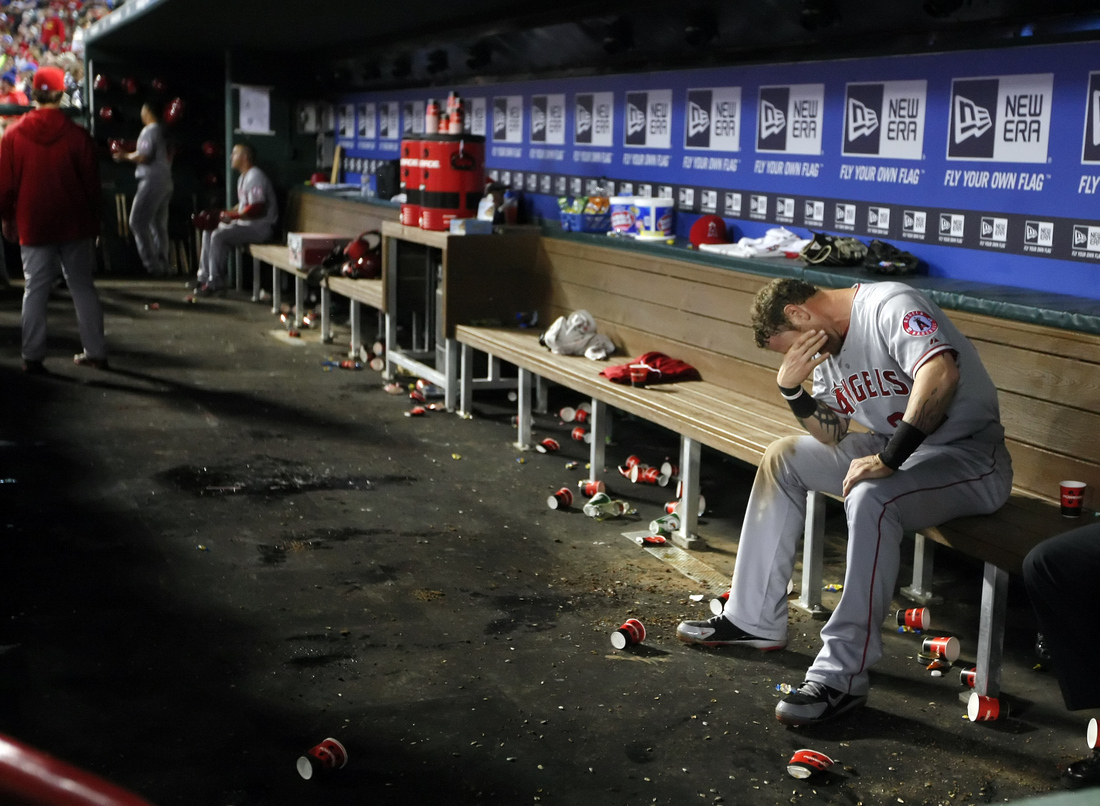 It was such a heart-warming story when he was repurposing baseballs into oblong rebirth mementos. But now, the same stories that made Josh Hamilton a hero are the building blocks for the criticism of his contract. Baseball is trending toward extensions for young players more than ever, but there will always be guys like Hamilton that bloom later in their careers and make their way toward the open market. Signing thirysomethings to $100 million deals will always be a risk. It's a risk for twenty somethings, too. But the notion that the players are somehow at fault for taking money that is offered to them is absurd. The players ARE the game, but they only see a fraction of the profits from its popularity.

Josh Hamilton's injuries might be a product of his past. And they might be catching up to him, but just because that stage in his life is often linked to his on-field performance doesn't make them more significant. The only evidence that can really be observed -- when the lens of the media is pulled away -- is a few minor injuries that did not keep him off the field very often and one bad season. A bad season that also happens to be the most recent.

It's too early to tell if Hamilton is breaking down. His .444/.545/.741 batting line throughout the first eight games is strong evidence to the contrary, but that's an incredibly small sample size. If he comes back from this injury and posts a .250/.300/.430-ish batting line for the rest of his career, then we can say he fell apart.

But that hasn't happened yet.

Hamilton's Prodigal Son celebrity was everyone's favorite story in Texas, but as a multi-multi-millionaire in Los Angeles, the early returns on the Angels investment look meager -- and Hamilton does too. In some ways.

He's actually been one of the toughest players in baseball during his career. 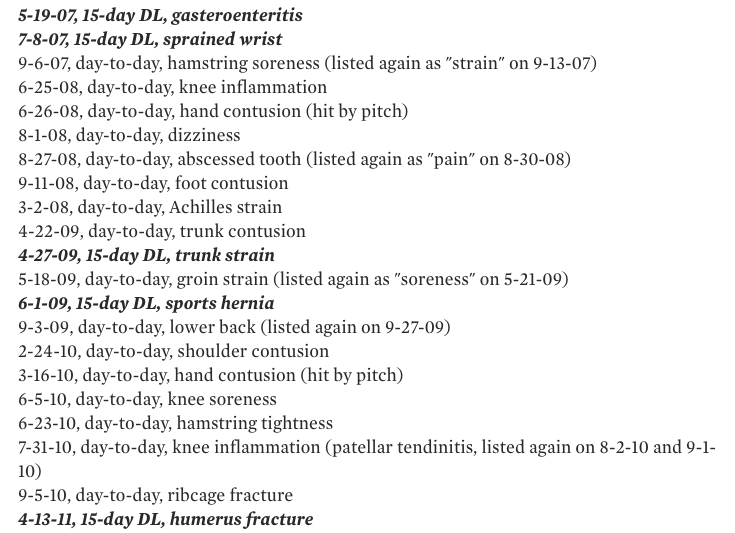 That's a list made by SB Nation's Jon Bois in 2011. And here's an update since from Baseball Prospectus. 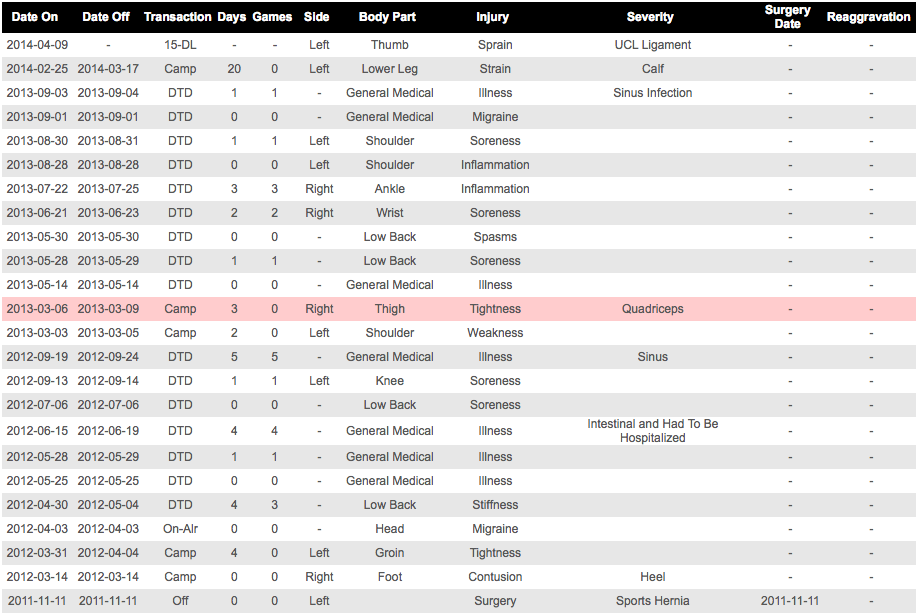 However, before this season he only missed around 35 games a year over that span and put up nearly 24 fWAR through all of those injuries. That's better than Prince Fielder, Adam Jones, & Jose Bautista -- who were all healthy for the better part of that stretch.

But he's been able to battle through it for most of his career. Those days might be over now, but one bad year and a relatively minor injury isn't enough to label him a lost cause.

Sure, the notion that he could make a full-fledged comeback is overtly optimistic. Kind of like it would have been when he was throwing his career away in Tampa Bay.

In other words, give Hamilton a chance to prove himself again before you make up your mind that he's an injury prone bum. He's been pretty good at that in the past.