Jim Johnson, The Duke of Hazard, takes a break from closing

Johnson, owner of an 18.90 ERA through five appearances and the key contributor to three blown saves for Oakland, is relieved of his closing duties. $10MM well spent?

Share All sharing options for: Jim Johnson, The Duke of Hazard, takes a break from closing

While questioning the mad genius of Billy Beane can generally lead one down the path to having to double back and renege on the criticism that one levies toward him, the A's offseason move to acquire Jim Johnson seemed like a head-scratcher when it went down. It hardly seems less so now. After a positively disastrous first week-and-a-half, the following report came out of Oakland this morning:

Melvin: "We're going to give Jim a break" from the ninth. Now closer by committee: Doolittle, Gregerson, Cook, Otero all options.

Qualifying Johnson's first five appearances as disastrous might actually be a bit of an undersell. While trying to assign too much meaning to 3.1 innings of work is generally a bad idea, the fact that Johnson had to face 26 batters to get 10 outs thus far and that these struggles were parsed out over five separate games should at least cause some concern. Of those 26 faced batsmen, Johnson walked six and pegged another--no, not that kind of pegging; get your mind out of the gutter. Even if you allow him a pass for the one intentional walk he issued Asdrubal Cabrera following a Josh Reddick throwing error that put runners on second and third in Johnson's first blown save and second loss of the season, Johnson was solely responsible for putting 23.1% of his opponents on base by either unintentional walks or hit batsmen. Again, small sample size, but that's, uh, that's atrocious.

In fact, if you glance at the leader board for walks issued by pitchers, Johnson is tied for 11th-most allowed in all of baseball. Johnson's six walks take him one-third of the way to his 2013 total with 67 innings to go to match his innings total of 70.1 IP. Of the 22 pitchers with six or more bases on balls, only similarly maligned Cubs' closer Jose Veras is a reliever. The only relievers who have been as detrimental to their teams' winning in terms of WPA/LI (context neutral Win Probability Added, similarly scaled to WAR) are Yankees' dong-ceders Vidal Nuno and David Phelps, and that they're tied for 15th-worst amongst pitchers alongside starters who have largely thrown at least twice as many innings should be worrisome.

Now Johnson could well correct whatever has been ailing him. Still, on three separate occasions Johnson has gotten yanked after not being able to get himself out of an inning. Wednesday's entrance into a 4 - 2 game ended for Johnson with Bob Melvin and the Athletics enduring 27 brutal pitches before pulling him with just one out recorded. That the one out came by way of Ron Gardenhire's insatiable urge to small-ball his opponents to death (or more recently to 90+ loss seasons) which yielded a pop-bunt back into Johnson's thankful glove certainly indicates that the outing was rockier than the one out he recorded would even imply. Only one run scored on Johnson's watch, but he left Dan Otero with runners on second and third needing two outs to exit the inning with the win intact. Johnson wasn't charged with the blown save, but such designations are sort of meaningless, aren't they?

What isn't meaningless is that Jim Johnson is a reliever that Billy Beane traded Jemile Weeks and minor-league catcher David Freitas for the opportunity to pay Jim Johnson $10MM for his services in 2014. Neither Weeks nor Freitas in and of themselves are worthy of impassioned lamentations regarding their departures. Despite his surname, Weeks skipped right past the years of being valuable that his brother Rickie enjoyed and went directly to being below-replacement level. Freitas is likely little more than organizational depth. Both players are exactly the sort of players that a team receives in return for a salary dump.

Clearly the Orioles weren't willing to pay Jim Johnson $10MM to close games for them in 2014. Why would the perennially cash-strapped A's under the guidance of Billy Beane jump at the opportunity?

Perhaps Beane was plugging the holes in his roster with whatever budgetary allowances he could. Payroll jumped up $21MM from its Opening Day mark in 2013 at $61MM. A quick look at their depth chart reveals that the only players the A's added on the offensive side of things were current fourth-outfielder Sam Fuld and future fourth-outfielder Craig Gentry, who is nursing his back on the disabled list. On the pitching side of things, gone is Bartolo Colon, but the A's were so deep in terms of starting pitching that they've added just Scott Kazmir from outside of the roster (with Jesse Chavez shockingly pitching non-horribly well thus far after being converted from relief) while having had to endure a spring that sent Jarrod Parker to Dr. James Andrews for his second Tommy John surgery and landed A.J. Griffin on the DL with an elbow issue of his own that he hopes to return from in May.

It stands to reason then that if there was money to spend that the only place for it to go would have been the bullpen. Of course, this ignores the fact that teams have been paying a pretty penny for WAR delivered by their relievers for quite some time--Matt Swartz showed that MLB teams paid more than twice as much per WAR from free agent relievers than any other position, averaging $16.4MM from 2007-2011. This owes largely to their inherent volatility. That Beane was able to acquire Jim Johnson for his final year of arbitration-eligibility certainly mitigates the risk that a multi-year deal to a high-dollar reliever would have presented. To the degree that relief pitchers' numbers can stabilize, perhaps there was an element of verity to the fact that Johnson had outperformed his peripherals for three years running. Still, the volatility of relief pitching on the whole should have cautioned Beane against committing so much to a reliever. 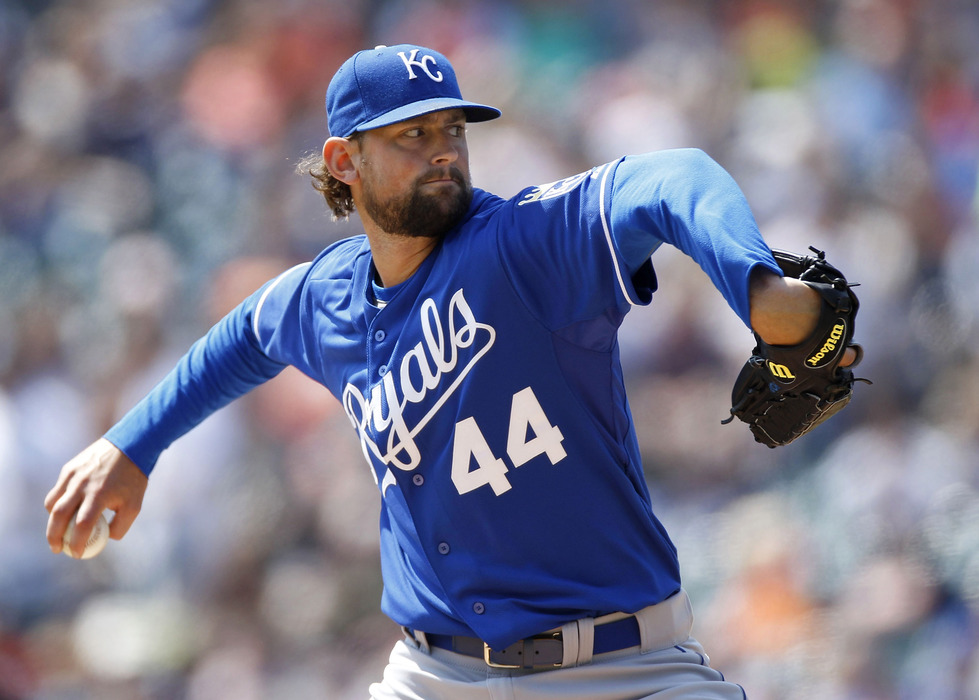 That Beane has gone the route of lesser General Managers (we're all looking at you, Dayton) and spent too much of a limited budget on the fungible and volatile entity that is a relief pitcher--and a relief pitcher whose salary was inflated by the value the arbitration process places on saves, of which Johnson's tallied 101 in his arb-1 and arb-2 seasons--is surprising to be sure. Yes, the marginal value of a Win gets higher the closer you get to the top, but relief pitchers are for the big boys to waste money on. Their failures are not nearly as injurious to a behemoth drunk on more gate receipts than they know what to do with and fat local TV deals.

It would be one thing if it was Craig Kimbrel who had received eight-figures to close for Oakland. Hell, even Fernando Rodney only ended up getting $7MM per year for two years. Grant Balfour, Oakland's closer last year, is making just $2MM more than Jim Johnson is this year over the next two seasons.

If roughly 12% of your team's payroll falls flat on its face, you've trimmed your margin of error to somewhere in the vicinity of "razor thin." Maybe Jesse Chavez really is the 5.1 fWAR/8.5 RA9-WAR pitcher that his performance has put him on pace for through two starts, and we'll all be laughing about this Jim Johnson nonsense come October because Beane formed a #1/#2 starter from a bunch of melted and misshapen toy parts he found in a dumpster behind a Goodwill in Richmond. With Beane's A's, anything seems possible.

Even if Johnson digs himself out from the rather sizable hole he's dug for himself, it takes a large optimistic leap to envision a scenario in which Johnson is worth the ~1.5 WAR he'd have to put up to have been worth the value of a WAR on the open market. It would take him 17.2 scoreless innings to get his ERA under 3.00. Given his inability to throw strikes thus far, it hardly seems likely that he'll get there soon, even without the pressure of closing from which he'll be free of for quite some time.