Detroit Tigers or Texas Rangers: Who is winning the Prince Fielder for Ian Kinsler deal?

Share All sharing options for: Detroit Tigers or Texas Rangers: Who is winning the Prince Fielder for Ian Kinsler deal?

Yes, small sample sizes are bad for your mental health, but fans all over baseball are losing their minds over the early struggles of players like Billy Butler, Bartolo Colon, Shelby Miller, and Allen Craig. To quote one of the great thinkers of the 20th and 21st Centuries, "No, we're never gonna survive unless we are a little cray, cray, crazy."

While our great-great-grandchildren will one day debate the global ramifications of the Steve Lombardozzi for Alex Gonzalez deal and scores of generations down the line from there arguments will never abate as to who got the better of the other in the Will Smith for Norichika Aoki trade while all agreeing that the course of world history was inarguably changed on those days, it would be hard to argue that there was not a bigger deal this offseason than the deal that sent Ian Kinsler to Detroit in return for Prince Fielder and Scrooge McDuck's money bin.

For those who have forgotten, Prince Fielder is due to receive $24MM for each of the next seven seasons. The Tigers also sent $30MM to Texas to balance things out a bit. Though the money isn't distributed equally over each of the seven years, this brings the Rangers' total paid to Fielder to just under $20MM per year on average.

On the other side of the trade, the Tigers will pay Ian Kinsler $16MM in each of the next two seasons, $14MM in 2016, and $11MM in 2017 with a club option for $10MM in 2018 with a buyout of $5MM. Once you factor in the $30MM that they're paying Prince Fielder, you're looking at an average of $23MM per season if they buy out the option in 2018 and $19.4MM if they exercise the option on the fifth year. Of course, there is also the very real possibility that the Tigers took on a corrosive personality who might have only gleaned the trait of publicly whining about his club asking him to change positions for the betterment of the team from friend and alleged leader Michael Young.

Since it is nearly impossibly to quantify/qualify intangibles such as character and leadership, we shall refrain from delving too deep into the subject but noting that this could be an X-factor down the line is probably a good idea.

So what have the two done on the field of play? 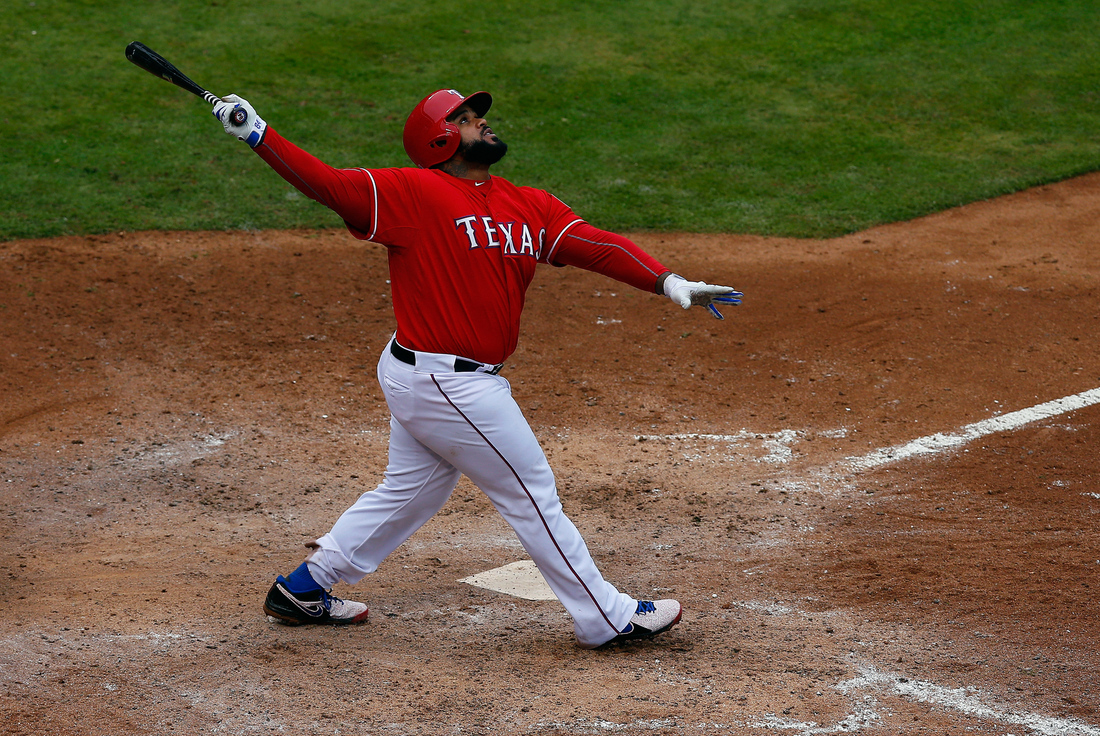 Well, Prince Fielder would prefer that we not look.

The Tigers have played just 11 games thanks to a handful of weather-related postponements. Through 11 games and 49 plate appearances (or game action through Wednesday), Kinsler's slash line sits at .319/.347/.468 with nine runs, one homer, four RBIs, two stolen bases, a .357 wOBA, and a 133 wRC+. Taking the early, below-average defense that he has played into account, the 31-year-old second baseman has been worth 0.3 fWAR and 0.5 rWAR.

Through the first 15 Rangers games, Fielder's struggles serve to starkly contrast Kinsler's young season. Fielder's slash line is .172/.262/.276 with six runs, one homer, four RBIs, a .219 wOBA, and an Alcides Escobarian 29 wRC+. Factoring defense into the mix, Fielder has accumulated -0.6 fWAR and -0.7 rWAR.

That means Kinsler has been worth 0.9 fWAR and 1.2 rWAR more than Prince Fielder through action on Wednesday. To add insult to injury, Kinsler went 2-for-5 with a home run today while Fielder went 0-for-3 with two walks, lowering his wOBA and wRC+ in the process.

If there's a winner in this deal so far this season, it is inarguably Detroit, especially when one takes into consideration the fact that Jurickson Profar--the man Kinsler had to be shipped off to make room for in the first place--is out until late June with a slight muscle tear in his right shoulder. With a black hole at first for nearly three weeks and replacement-level Donnie Murphy manning second in Profar's absence, it would be nearly impossible to argue that Detroit wasn't ahead on the deal at this incredibly early juncture.

Sure, there are at least another seven years in which this deal will be affecting these two teams, but is there anything more fun that making too much out of very little?