Winners and Losers: The Arizona Diamondbacks and their offseason trade partners

The Diamondbacks were busy this offseason shipping off Heath Bell, Tyler Skaggs, Adam Eaton, and some minor leaguers for Mark Trumbo, Addison Reed, and different minor leaguers. How are these trades working out for the abysmal Diamondbacks?

Share All sharing options for: Winners and Losers: The Arizona Diamondbacks and their offseason trade partners

Despite the off-topic, unsolicited defense of the Kevin Towers and Kirk Gibson proffered by Miguel Montero in the locker room Thursday afternoon after being asked about rookie Mike Bolsinger's start, the Arizona Diamondbacks' abysmal start certainly raises questions about the wisdom of some of their offseason moves.

Obviously making too much of a 25-game sample is absolutely reckless. The Diamondbacks are less than one-sixth of the way through what is shaping up to be a very ... long ... season. If one were writing a definitive history of World War II at a similar point in time, the Allied troops would have been pulling out at Dunkirk with their tails between their legs and the Blitz wouldn't have even begun yet. Not only would we be more than a year from the United States getting attacked at Pearl Harbor, but we would also be ignoring the fact that the fallout of WWII included the Cold War, the Korean War, the Vietnam War, and the instability in the Middle East.

More simply said, there are ripples from the Diamondbacks' trades that will be felt past just this season, so weighing the results of a mere 25 games' worth of performance too heavily is foolhardy.

Still, the D-backs are 7 - 18. They are also riding a two-game winning streak. Of course, when one is resigned to using a two-game stretch as a winning streak--and thus a ray of hope--in the midst of a season in which Arizona sits 13 games under .500 at the 25-game mark and finds themselves five games back (or 20% of the season's games played, if you'd prefer to look at the glass half empty) from the fourth-place Padres. The Padres are below .500.

As a team, through the first 24 games of the season, the Diamondbacks are a 0.5 fWAR team. Only the Astros are worse, at -0.1 fWAR, and they're the Astros. If rWAR is more your speed, they're a -1.5 rWAR squad. When looking at their Pythagorean W-L, it says they played like a 7 - 17 team through their first 24 games, so they were playing one win beneath what their runs scored for and against would suggest. In other words, the Diamondbacks sure look to be about as bad as their record would suggest.

Kevin Towers's first move of the offseason was to dump off the bloat of Heath Bell's contract. It's hard to argue with that desire, though he did have to throw minor league southpaw David Holmberg into the mix. Bell has been just below replacement level thus far. Towers got minor league RHP and undrafted Stephen F. Austin State product Justin Choate and corner outfielder Todd Glaesmann, who Towers said was key to the deal. Choate is in Extended Spring Training while Holmberg is in AAA - Louisville in the Reds' organization. What about Glaesmann, you ask?

Glaesmann was in the organization for ten weeks in the winter before opting for retirement. At least Arizona didn't give up any starting pitching that was close to being Major League ready since their rotation is in shambles. Oh, wait, Holmberg--whose ceiling is admittedly low--is a starter who is close to the Majors. In fact, he made a spot start last year in Arizona. 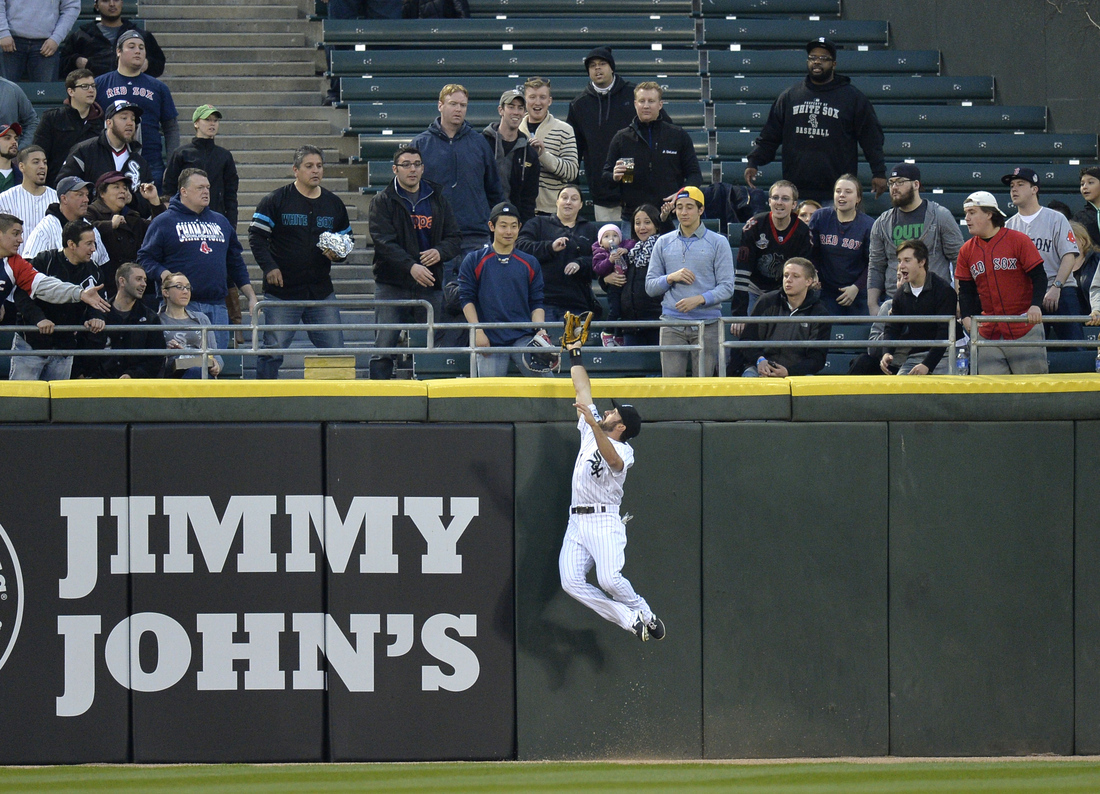 Despite his seven home runs, Mark Trumbo has been worth 0.0 fWAR (he's been just barely below replacement level, as he's been worth -0.2 RAR) and -0.3 rWAR. Where Skaggs and Eaton are both pre-arbitration eligibility, Trumbo is in his first year and is making $4.8MM. Trumbo also just went on the DL with stress fractures in his left foot, an injury that took him five months to recover from the first time it happened. While all reports have indicated that the injury shouldn't sideline him for that long, no one seems to be saying that Trumbo will spend just 15 days on the DL.

To add insult to injury, the Diamondbacks sent 23-year-old slugger Brandon Jacobs down a level from Double-A, where he'd spent the last two months of the 2013 season, to advanced-A ball. A.J. Schugel, who turns 25 in June, was also assigned to a lower level than the one he'd been in to end the 2013 season, starting things off in Double-A.

So far the Diamondbacks have lost 0.6 fWAR and 1.4 rWAR in the Trumbo deal.

The last Towers trade sent borderline Top 100 prospect minor-league third baseman Matt Davidson to Chicago in exchange for Addison Reed. Davidson has struggled early in the International League but is close to the Majors and has just 50 days of Major League service time accrued. If the White Sox can keep Davidson down until at least the second week of June, they'll have the last few months of this season plus six more seasons of club control. In two-plus seasons for the White Sox, Reed was worth 2.6 fWAR and 1.2 rWAR. He's been worth 0.0 fWAR and -0.2 rWAR through Wednesday's action. Reed could well out-perform Davidson over the duration of their time under their respective clubs' control, but the White Sox do get Davidson for six full years after this season if they play their cards right. Reed is a free agent after the 2017 season. While Davidson hasn't done well in Charlotte, Reed hasn't done much at the Major League level either.

Any way you spin it, it would take a large leap of faith to believe that the Diamondbacks are better off now than they were before Towers began his roster machinations. They've shipped off more than they received in return. The departures of Skaggs and Holmberg seem especially harmful in light of Patrick Corbin tearing his UCL, Bronson Arroyo doing his best Jose Lima impersonation, Trevor Cahill pitching his way out of the rotation, and Brandon McCarthy finding his name all alone atop the leaderboard of home runs allowed.

Of course, the bulk of the analytical baseball community jumped on the derision bandwagon when Towers pulled the trigger on these deals. Maybe these early results are servicing a hunger for confirmation bias. Then again, for Towers's moves to have panned out, they would have essentially been a big extended middle finger to the myriad naysayers who have mocked his moves for the past few seasons. If the moves were playing out differently, there would presumably be crowing about trend-bucking and eschewing modern sabermetrically inclined decision-making in favor of entrenched orthodox thought.

They're not playing out differently, and the state that the Diamondbacks are in thanks to questionable personnel changes could mean heads will roll soon.