There are nearly a dozen players that could win the award, but Abreu, Tanaka, and Ventura look like the frontrunners so far.

Jose Abreu is tied for the league lead in home runs and runs batted in.

And Yordano Ventura -- in addition to having a better ERA than Tanaka -- has thrown the fastest pitch in baseball so far this year. It can only be described accurately in terms of hysterical combustibility.

Nick Castellanos, Jackie Bradley, Jr., Xander Bogaerts, Josmil Pinto, Roenis Elias, and Yangervis Solarte are also off to excellent starts, and a few guys that haven't even been called up yet could still enter into the discussion, but the top of this year's rookie class is pretty stout without them.

George Springer is still projected to go 20-20 by ZiPS, but Jose Abreu might be hard for any other first-year hitter to top.

Perhaps unfortunately, Rookie of the Year voting is still dominated by traditional stats -- which will hurt Bradley the most because he accrues much of his value with his glove.

None of that will matter is Abreu continues at his current longball pace -- which, at this point, would net him 65 homers over 162 games. That might even top Tanaka if he somehow managed to go 24-0 again -- as he did last year in Japan. Abreu also happens to be on pace for 182 RBI, which would be the most since Hank Greenberg knocked in 185 in 1937.

Of course, paces are almost never maintained -- especially not when they're of the Greenbergian variety. 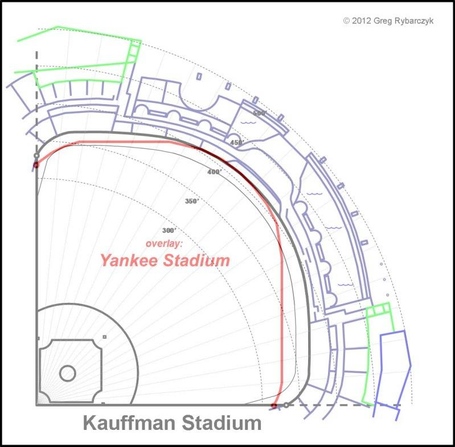 Tanaka might have the upper hand as far as pitching goes. He's pitched MLB-range intervals several times in his career already while Ventura -- three years younger than Tanaka -- topped out at 150 innings last year over three levels. Park factors could lean in Ventura's favor, but the overall edge seems to belong to Tanaka and his Focus Ion Beam accuracy.

None of that will matter at all -- except maybe in the playoff race -- if Abreu reaches even half of his homer pace. A rookie hasn't topped 30 homers since Ryan Braun hit 34 in 2007 and only one rookie has ever reached the 40-homer threshold -- Mark McGwire hit 49 in 1987. The fact that those accomplishments are even being mentioned before May should be a conspicuous indication that Abreu is the easily the favorite to win the award. In fact, he might even be in the mix for another award if he keeps this up.