With the first several years of his career limited by injuries, Colorado shortstop Troy Tulowitzki is finally ready to make his mark for a surprisingly good Rockies squad. That huge extension is starting to look like a good idea right about now.

Share All sharing options for: Troy Tulowitzki: Contract extension paying off for Rockies

When the Colorado Rockies signed Troy Tulowitzki to a massive 10-year extension after the 2010 MLB season, criticism rained down from just about everywhere. Jeff Passan wrote that the contract was exorbitant for the Rockies' middling budget. Joe Lemire wrote that the timing was wrong.

Certainly, the backlash was justified to a certain extent, and Tulowitzki's injury history since then has legitimized the criticism. (The Rockies shortstop has averaged just over 105 games in the three preceding seasons.) But if his start to the 2014 season is any indication, Tulo is set to become one of the best hitters in baseball–if he wasn't already–and he's under the Rockies' control for seven more years if they so choose (2021 is an option year).

Who is winning the Dexter Fowler trade?

A much maligned move from December has a decidedly different outcome through April. Did the Rockies possibly see this coming?

Who is winning the Dexter Fowler trade?

Where the Rockies really won with the long-term deal, however, is with the timing of it all. With so many of today's behemoth contracts locking up players through their age-40 seasons (i.e. Miguel Cabrera, Robinson Cano, Albert Pujols), it's almost a guarantee that the gigantic contracts will become albatrosses that engulf a huge part of the team's salary even when the hitters aren't producing as they were at the beginning of the contract.

Maybe the teams signing those deals are forgetting that with the steroid era winding down, hitters simply don't maintain production so late in their careers. Or maybe they just don't care. Either way, the Rockies secured Tulo through just his age-36 season (with the chance to make it his age-35 season should they decline the option), and they'll owe him just $14 million and $15 million, respectively, during the last two seasons of his contract. 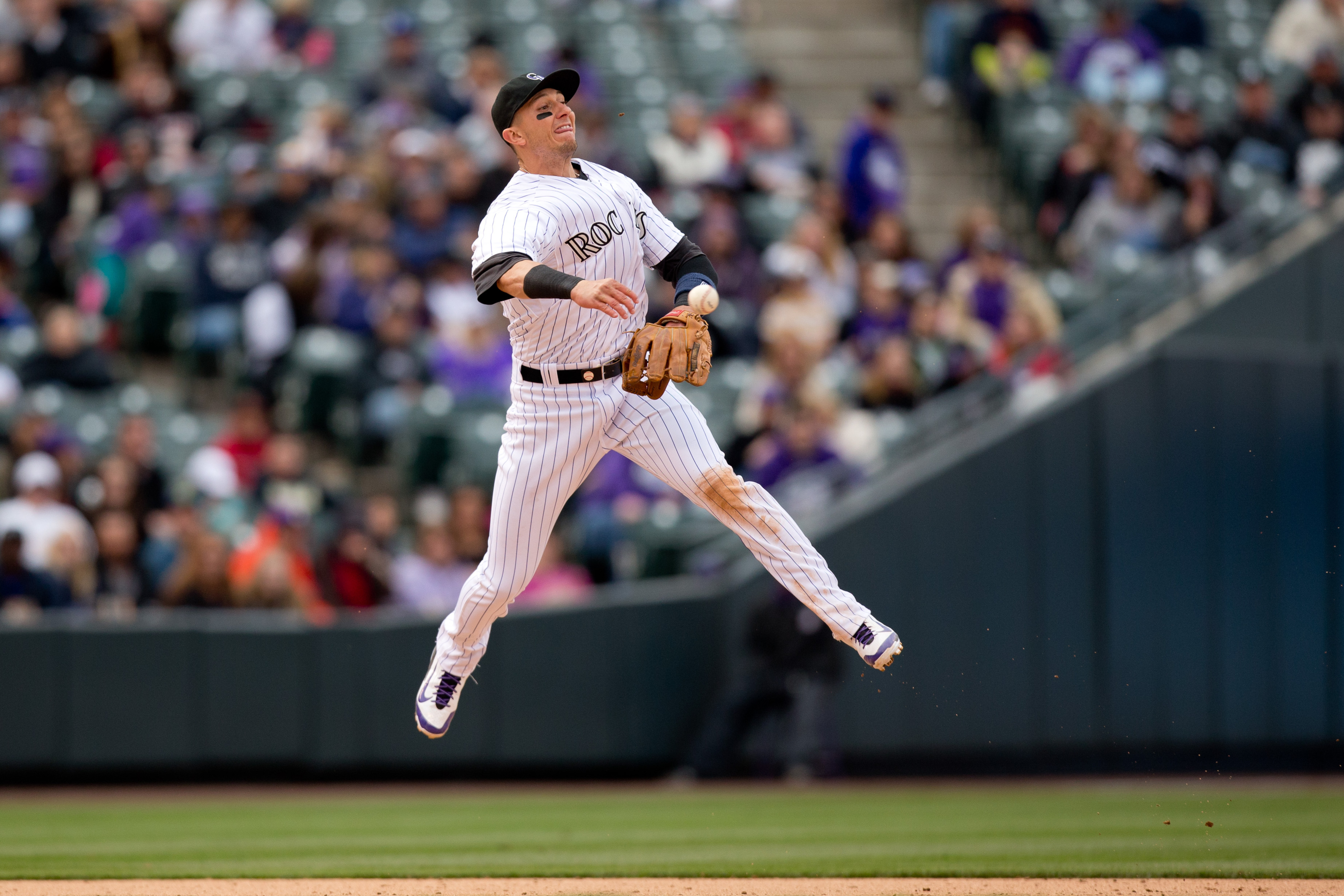 Considering the Tigers will owe Miguel Cabrera $32 million when he's 40, that's a darn good deal for the Rockies. And unlike Cano and Pujols, Tulo doesn't appear to be slowing down any time soon, which only sweetens the deal. In case you were wondering, here's a look at Tulo's stats this season:

Now, granted, the MLB season is just finishing up its first month, which means it's premature to label the extension a complete success, or maybe even a success at all, for that matter. But if Tulowitzki can stay healthy, general manager Dan O'Dowd might have found himself a bargain in an age of overpriced contracts.

Unfortunately, that is a big "if." There's always some degree of worry about injury for a player on whom a team invests a great deal of its future, as the Los Angeles Dodgers and Clayton Kershaw know all too well. That concern is especially magnified when it comes to Tulowitzki, who has just two seasons with 150 games under his belt since making his 2006 debut. That's two out of seven possible seasons in which Tulo stayed healthy enough to play that many games, and he still has yet to do so since signing his contract extension. There's no denying the injuries have proven costly, limiting Tulowitzki's potential and certainly making matters worse for a Rockies team that was already woeful as it was during the three years since the extension.

A number of outfielders could prove to be hot commodities on this summer's trade market.

Yet, consider this: The Rockies lost 275 games in the three seasons since Tulowitzki's 2010 extension, never coming within fewer than 18 games of the division title. That means that even with a healthy Tulowitzki, Colorado would not have been in a winning position. But now that the Rockies have a few top pitching prospects (Jonathan Gray, Eddie Butler) and quietly one of the better lineups in all of baseball, it would be surprising if they don't contend at some point during the duration of Tulowitzki's contract.

The Rockies paid the price (literally and figuratively) for their massive deal during the first few years. But now that Tulowitzki is really ready to become a top hitter in baseball, the Rockies have to be thanking themselves that he's locked up for the next several years, especially considering what it would have cost them in today's market to do so.