The A's are atop the AL West, thanks in large part to Kazmir's Cy Young-caliber performance this season.

When Oakland A's general manager Billy Beane was looking at the possibility of signing left-hander Scott Kazmir this offseason, he knew a long-term deal wasn't the answer. Heading into the season, Kazmir's career had been defined by injuries and disappointing performances following a once-promising start, and while the latter half of that might still be true, the A's left-hander is doing all he can to change the notion.

Darvish signing a steal for Rangers

The Rangers' signing of Yu Darvish in 2012 looks like a monumental steal in retrospect.

Darvish signing a steal for Rangers

Through a league-leading eight starts, Kazmir has posted a 2.28 ERA with a 5-1 record, and his 0.974 WHIP also leads the AL. In other words, the move is paying serious dividends for an A's squad that has defied the odds by becoming one of the best teams in the majors this season.

This offseason, Beane decided to drop $22 million on Kazmir over two seasons, a total magnified by just how cash-strapped the A's are. What would seem like a much less significant deal for many other contending teams actually has a huge impact on Oakland's payroll. The $9 million Kazmir earns this season makes him the third-highest paid player on the roster, and next season, his $13 million salary will be tops on the team as it currently stands.

Even so, Kazmir's deal is an absolute bargain, something that's become all-too-familiar in the nearly 17 years that Beane has been with the A's. That keen ability to get the most out of the least has allowed the team to maintain consistency throughout the years thanks to the success of players who were never supposed to succeed. 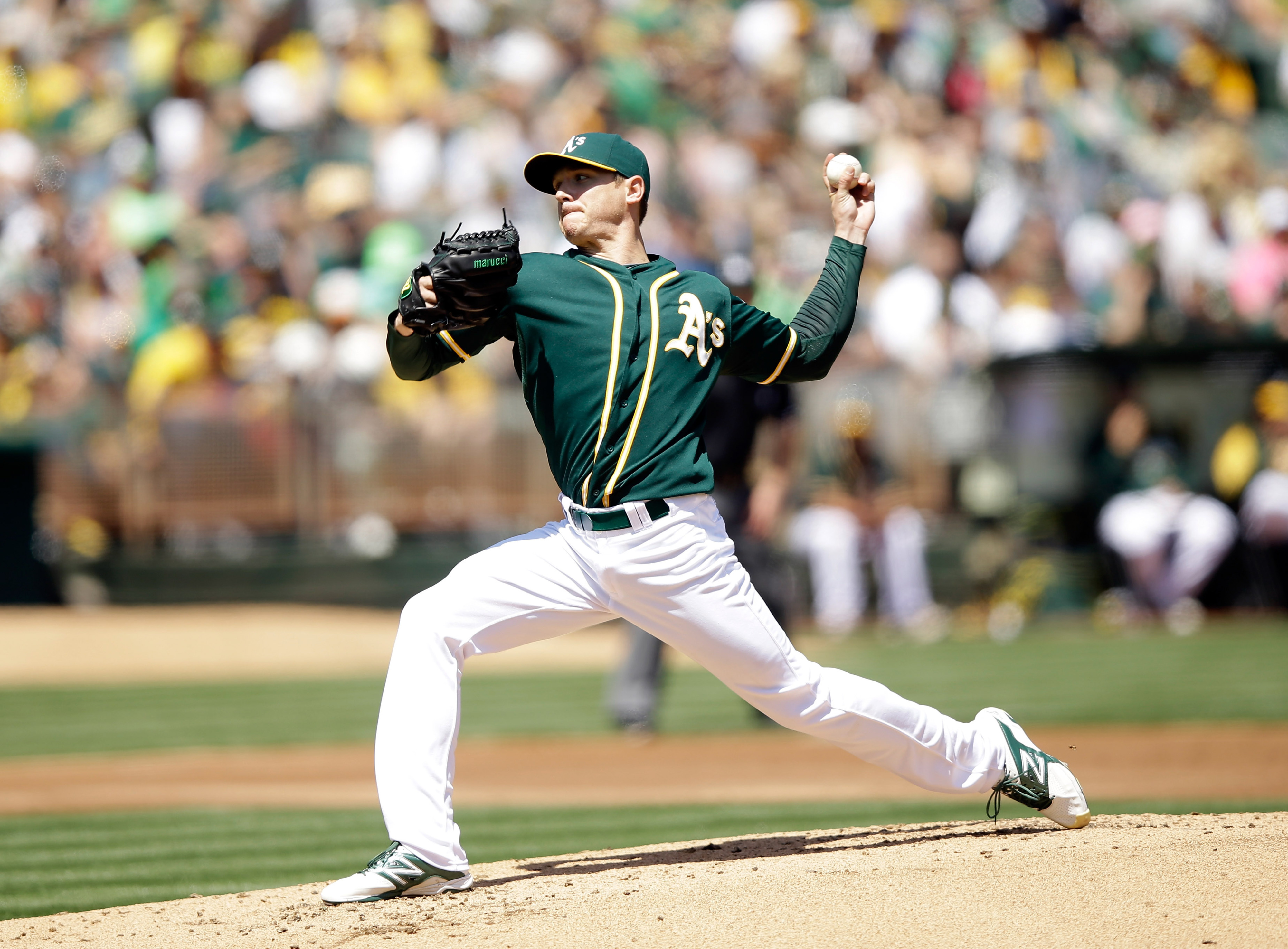 What really makes this particular deal so key is the influx of injuries that the A's rotation has suffered this season. With Jarrod Parker and A.J. Griffin both lost for the season to Tommy John surgery, Kazmir has filled in for a team that badly needed him to return to 2007 form.

But Kazmir has done more than that. Though it's early, we're seeing the A's lefty far eclipse even his best career totals, and he's doing it in his age-30 season. The most noticeable difference? Kazmir's command, something he's struggled with in the past but has been able to overcome this season. With just nine walks thus far, Kazmir is on track to knock his career-best for BB/9 completely out of the park. At just 1.6 walks per nine, he's exceeding his previous low rate of 2.7 from last season, which in itself was the lowest since his rate of 3.2 per nine in 2006.

But it's not just the low walk rates. Kazmir is also commanding his pitches in the strike zone better, which had led to just two home runs allowed in 51.1 innings—a 0.4 HR/9 rate, which is twice as low as any rate he's posted in his career, with the exception of 2005.

That's not even the most surprising aspect of Kazmir's success this season. Through those 51.1 frames, the A's left-hander has struck out just 42 batters after relying heavily on the strikeout during his best seasons in the past. Unsurprisingly, opponents are hitting just .267 against Kazmir when they put balls in play, a total that's 37 points below his career average and 31 points below the major league average this year.

And yet, it's no fluke. While the law of baseball averages says Kazmir's 2.28 ERA likely won't stay quite that low for the remainder of the season, his mechanical improvement and good fortune of pitching in an offense-inhibiting environment make the sustainability of at least a sub-three ERA a very feasible outcome, if not almost a guarantee.

The star right-hander will have an MRI to determine the severity of the injury.

Compared to other offseason signings, Kazmir's contract also seems pretty darn good. Looking at all the massive contracts that top starters signed this offseason, some successful (Masahiro Tanaka, Ervin Santana) and some not-so-successful (Ubaldo Jimenez, Matt Garza), the $11 million annually that Kazmir will make—not to mention over only the next two seasons instead of, for example, Garza's five-year deal—looks relatively tame.

Kazmir might end up being so good this year that he won't even have to throw a single pitch next season to justify his contract. If he continues at the breakneck pace he's on right now, he'll accumulate a 5.6 WAR if he makes four times as many starts (he's at eight right now), which is worth just under $34 million if we work under the assumption that one "WAR" is worth $6 million. That means that even taking some regression into account, Kazmir could still surpass the value of his two-year contract this season alone. In a world of underperforming free agents and injury-prone pitchers, Billy Beane found another gem.