Shortly after the 2012 season came to a close, the Marlins--who just an offseason earlier were the surprise big spenders--dismantled their team in one bold, controversial swoop. With one full season and another quarter season in the books, we stop by to see how The Trade has played out thus far.

On November 19th, 2012, the rebranded Miami Marlins showed its fanbase that a new name did not necessarily mean that the Marlins were changing their modus operandi. Just as Jeffrey Loria's team had done after the Marlins' two World Series wins, then GM and current president of baseball operations Michael Hill and then assistant GM and current general manager Dan Jennings were called upon to jettison the bulk of what they had acquired a year earlier.

In the Toronto Blue Jays, Hill and Jennings found a perfect trade partner--a team willing to take desperate measures in an attempt to vault themselves into contention in the crowded AL East. Or perhaps more bluntly, a team willing to take on a boatload of salary in what amounted to a massive salary dump in return for prospects with some [limited] promise.

A simplistic view of the trade would look at the fact that Alex Anthopoulos and the Jays took on $146.5MM of future payroll obligations to finish 14 games under .500--just one win better than in 2012--and 23 games out of first place in the AL East while the Marlins shed a ton of payroll and only lost seven more games in 2013 than they did in their disastrous 2012 campaign and chalk it up for at least a modest win for the Marlins. While further analysis may prove that to be the case, this view of the trade is insufficiently complete.

On the Blue Jays' side of the deal--and it probably makes sense to trade out swap out John Buck, who was flipped in the R.A. Dickey trade, for Josh Thole--year one saw their players yield the following production:

Those salaries take into account the salary relief from Miami. Bonifacio's salary is figured for only the time that he spent in Toronto, as he played his way to the waiver wire, where the Royals claimed him and picked up the last 27% of his salary. The Jays netted 3.2 WAR in from the players they ultimately received in the deal. They paid $29.12MM for those wins, or $9.1MM/WAR.

While three-fifths of the players the Jays got are already gone, they still have Reyes, Buehrle, and back-up catcher Josh Thole (who again fills the role that Buck left and was essentially Buck's counterpart in the Dickey deal, though Buck arguably could get credit for at least a small percentage of whatever production Dickey himself yields). They will pay Reyes a guaranteed $86MM from 2014 through 2017. Should they exercise his club option, it will be $104MM through 2018. Buehrle is due $37MM over this year and next. For their parts thus far in 2014, Reyes and Buehrle are a combined 2.2 rWAR and 1.5 fWAR. Oliver projects Reyes to be worth 13.3 WAR through 2017 and 15.8 through 2018 and Buehrle to be worth 3.5 WAR through next year. That would be roughly $7.3MM/WAR in years two through five or six if they were to hold on to both players. Should the Jays fall out of contention, it stands to reason that they would attempt to move Buehrle.

In looking at the Marlins' end of the deal, it's not quite as easy to evaluate. For instance, Justin Nicolino hasn't exactly set the world afire since coming over to the Marlins. While he still rated out as a B- prospect for John Sickels this year, his K/BB plummeted last year. Once he left the friendly confines of the Midwest League, his prospect star started to fade. While DeSclafani still looks strong in the minors, his ceiling is probably back-of-the-rotation with a future in the bullpen being more realistic. Neither have yielded much of value, but obviously neither need to produce much to give the Marlins surplus value in the first few years in which they are in the Majors. 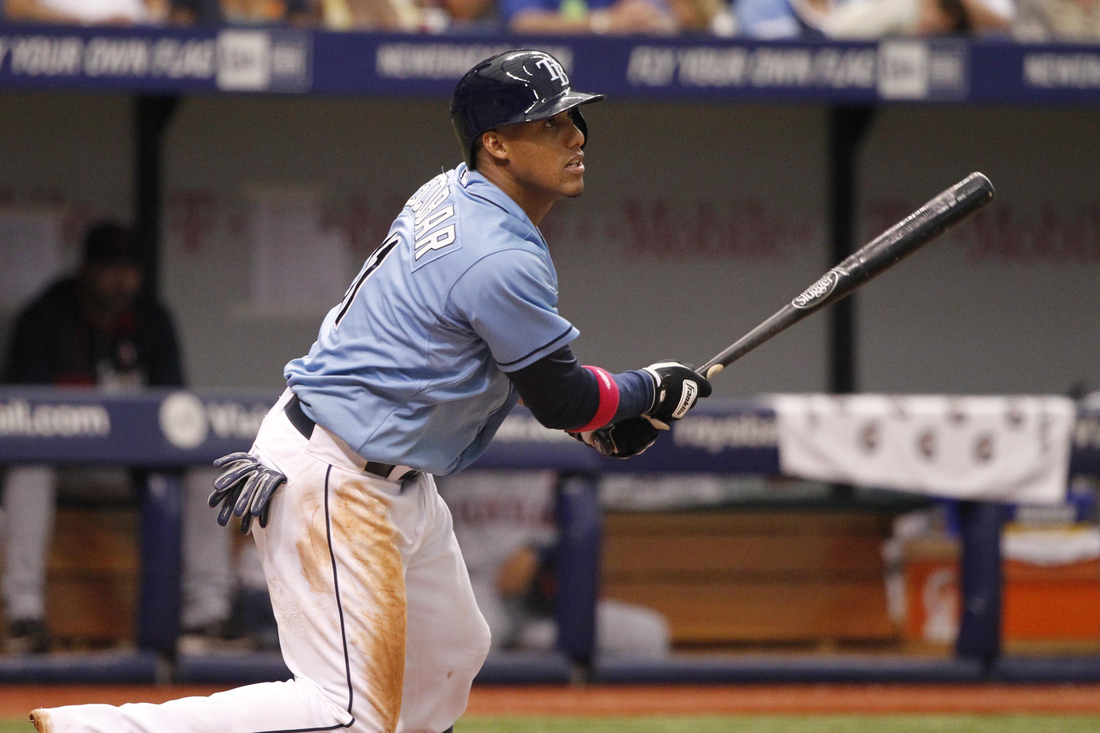 Yunel Escobar was immediately flipped to Tampa for Derek Dietrich, who made his first appearance in the Bigs last season, registering 57 games in South Florida.

The players the Marlins got did the following last season:

*approximate prorated salary based on ML service time in 2013

These five compiled a total of -0.35 WAR at the price of approximately $5.16MM. Clearly, paying roughly $5MM for below-replacement production isn't ideal. They also gave the Jays $8.5MM to not pay Reyes & Co in 2013, so really they paid more like $13.66MM for about one-third of a win below replacement value.

There is, however, reason for hope. Early returns are positive for Hechavarria, who seems to have righted the ship. Derek Dietrich, too, looks to have improved on what he did last year, putting up about 0.5 WAR thus far. Henderson Alvarez sits right around 0.4 WAR roughly one-fourth of the way through the season. Jeff Mathis has also been worth 0.2 WAR through the first quarter of the season. Marisnick may be struggling, but each player with playing time in the Majors this season has been productive.

The sides could be working on a deal that would send Blanks to Oakland.

The star righty may miss the rest of the season and could be headed for Tommy John surgery.

Hechavarria's salary this year is actually $550K less this year than last. Mathis's salary stays the same. Alvarez will get $17.5K more this season. Dietrich, Marisnick, Nicolino, and DeSclafani all would make the league minimum for whatever service time they accrue in the Majors.

It is far too early to make any proclamations about these Marlins being productive this season, but it's hard not to like Miami's chances to get a boon of above-market-value production for the first of possibly six years. Marisnick specifically could provide surplus value, as he has a five-tool skill set that could well make him an across-the-board producer, especially when one considers that the Marlins may have rushed Marisnick, who skipped Triple-A altogether last year. His .183/.231/.248 triple-slash last year surely indicates that Marisnick wasn't ready for the challenge.

The scales in year one--somewhat surprisingly given the Jays' disastrous 2013--tipped in Toronto's favor, at least when considering that they got positive production from the players involved in the trade. They spent $15.46MM more than the Marlins last season and got 3.55 (3.6 rounded up) WAR more than they'd have gotten from the players the Marlins got from the deal. It didn't get them much in the win column, and it's hard to see how the tide doesn't turn in the Marlins' favor this season, barring a surprising return for Buehrle on the trade market.

Of course, the team making the win-now move did not, in fact, actually win in the first year post-trade. Can the second year bear different results for the Jays?

It should be noted that this all conveniently ignores the fact that both teams gave away 3.3 rWAR and 3.9 fWAR in the form of 2013 Yunel Escobar, which just goes to show that if you are a general manager in Major League Baseball, you should not trade with Andrew Friedman. But that's a story for another day. If either team had been smart enough to not trade Yunel Escobar, they would have been 3.6 WAR better last year. That both teams screwed the pooch so badly on Escobar is worthy of public shaming, as Escobar's walk rate was highly likely to rebound to somewhere much closer to his career average, thus bringing his value back up to the 3 WAR neighborhood.

Is it too late to consider that both teams could lose this trade?