Martin Perez and Matt Harrison Injuries: What this means for the Rangers

The loss of Perez and Harrison further decimates a Rangers rotation that was already in trouble as it was.

Share All sharing options for: Martin Perez and Matt Harrison Injuries: What this means for the Rangers

The Texas Rangers' starting rotation was already questionable heading into the 2014 season, but after a string of serious injuries within just the first month-and-a-half of the season, said rotation is in shambles.

The most recent catastrophe for the Rangers was the loss of starters Martin Perez and Matt Harrison, both of whom were left-handers who figured to be valuable members of the rotation but will miss significant time, if not the rest of the season, according to The Dallas Morning News' Evan Grant.

The deal will send Blanks to the Athletics for two minor leaguers.

Carlos Rodon is no longer the consensus number one pick.

As it stands, the Rangers rotation is bolstered by ace right-hander Yu Darvish, who has been his usual dominant self this season. But after that? The staff takes on the appearance of a Triple-A rotation, with left-hander Robbie Ross and right-handers Colby Lewis, Nick Martinez and Nick Tepesch filling in after Darvish.

Ross certainly wouldn't be a bad option as a bottom-of-the-rotation pitcher, given his success out of the bullpen during the past two seasons along with a career of success as a starter in the minors, albeit at the lower levels. But it might be a bit much to ask of him to suddenly become a key part of the rotation, and that sudden transition—he made the first start of his career this season—hasn't gone as planned, as indicated by the left-hander's 5.04 ERA, along with a 1-4 record, across eight starts.

Lewis hasn't fared much better with his 4.99 ERA, though his experience and history of success provides some comfort to the rotation and gives the team a veteran presence that is certainly necessary with so many starters getting their first taste of life in a starting role.

Martinez and Tepesch round out the pitching staff, and neither of them have much history of success as starters. Martinez is getting his first taste of big league action of any sort this season, and he's made just two starts thus far (with seven total appearances). Though he saw success as a starter in the minors, he never pitched above Double-A, making it questionable (to say the least) to rely on him as a regular member of the rotation. Meanwhile, Tepesch has a good deal of experience as a starter in the majors, as he made 17 starts last season, though he got rocked, posting a 4.84 ERA and a 1.37 WHIP. Nevertheless, he'll be an interesting guy to keep an eye on, and he looked excellent in his first start this season on Wednesday.

The effect of the injury bug has suddenly given manager Ron Washington arguably the toughest job of any skipper in the majors. He'll have to juggle a rotation that includes three pitchers who would otherwise not be starting at all in an ideal world, not to mention dealing with a severely underperforming lineup. 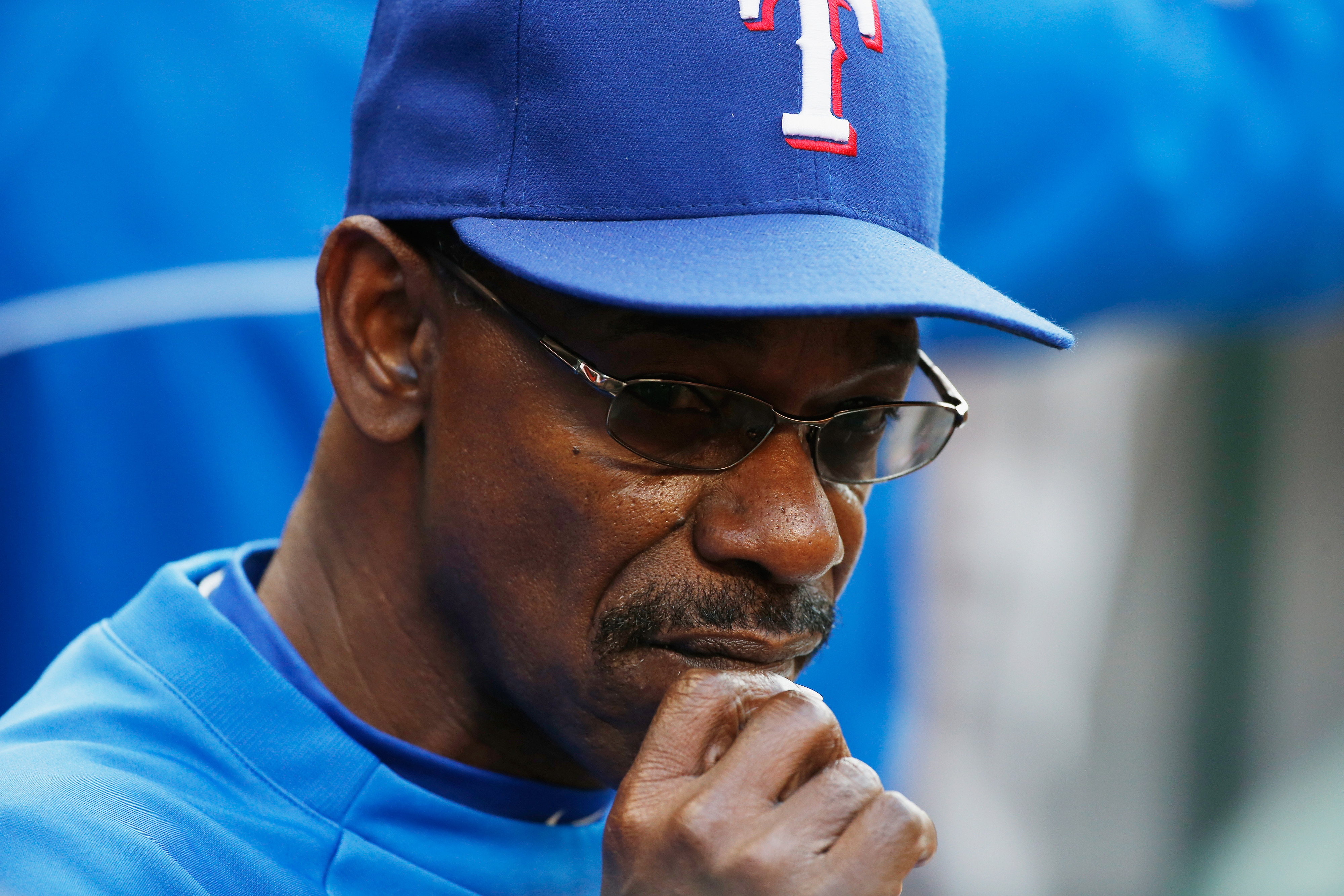 Looking ahead, the Rangers will have to overcome long odds to become a significant contending team this season. That's especially true considering the team's offensive struggles, something the team can't afford with such a questionable pitching staff. The team ranks 15th in the majors in runs scored, despite being projected as one of the best—if not the best—offensive teams in the majors. Leadoff hitter Shin-Soo Choo can reach base as much as he wants, but without reliable power bats behind him, as has been the case with slow starts from Adrian Beltre and Prince Fielder, that won't do the Rangers much good.

On top of the questionable pitching rotation and offensively challenged lineup, the Rangers have the misfortune of playing in a division that's suddenly looking extremely competitive. The A's have been their usual winning selves, while the Angels look like they're finally putting it together a bit—and that's with the "struggles" of outfielder Mike Trout. Add the Mariners' pleasantly surprising play, and the Rangers actually look like the odd man out (along with the Astros).

Luhnow says Singleton is 'on deck' for promotion

Singleton is bludgeoning the Pacific Coast League, which could lead to his promotion to Houston sooner rather than later.

Luhnow says Singleton is 'on deck' for promotion

While the Rangers' season outlook is bleak, the future is even murkier when it comes to the team's injured left-handers, Perez and Harrison. Sports Illustrated's Cliff Corcoran took a look at what the injuries mean for the two going forward:

Given Perez’s youth and his new contract (a four-year deal with three club options in November), he should still have a bright future as a Texas Ranger, even if he does have the surgery, which would schedule his next major league pitch for no sooner than next May. Harrison, however, is facing a far more dire circumstance.

Harrison has been diagnosed with spondylolisthesis, a forward displacement of a vertebra which causes severe nerve irritation, in the lumbosacral joint (L5-S1) in his lower back. Far more severe than even a slipped disc (which is a tear in one of the cartilaginous joints in the back), spondylolisthesis means that Harrison’s lower back is effectively dislocated. The recommended surgical solution is a spinal fusion, which could prove career-ending.

It remains to be seen whether Harrison can make a clean recovery or not, but it appears that the Rangers' problems could extend beyond simply this season.