A fractured finger could pave the way for the former Boston shortstop's return.

The Boston Red Sox placed 3B Will Middlebrooks on the 15 day DL Saturday with a non-displaced fracture in his right index finger, according to Alex Speier of WEEI.com.  It is already the second trip to the disabled list this season for the struggling 3B as he spent nearly 3 weeks sidelined with a calf injury in April, and while his mounting injury history surely has the Red Sox concerned, his declining production when healthy is every bit as troubling.

Middlebrooks had a breakout 2012 season that saw him hit 15 HR in just 286 PA, slashing .288/.325/.509 in the process, and his early performance established him as the presumptive 3B for the then foreseeable future in Boston.  Unfortunately, an injured wrist cut short his 2012 season, a nagging back injury and ultimate demotion to AAA Pawtucket derailed his 2013, and his 2014 season has followed a similar disappointing pattern.

It's easy to wonder whether Brock Holt, who was called up to replace Middlebrooks on the roster, is the short-term answer Boston needs at 3B considering the Red Sox are off to a similarly disappointing 20-22 start.  While Xander Bogaerts has played a satisfactory SS in his first full season on the job, the conspicuous presence of Stephen Drew in free agent limbo has repeatedly cast a shadow over the left side of Boston's infield, and the coincidental timing of Middlebrooks' injury and the upcoming MLB draft throws an additional wrench in the scenario.

Drew, of course, enjoyed a successful one-year stint with Boston in 2013, flashing his typical solid SS defense and hitting .253/.333/.443 in his first 500 PA season since 2010.  That prompted the 31 year old and his agent, Scott Boras, to decline Boston's one-year qualifying offer in search of greener paychecks and pastures elsewhere, but Drew's injury history and ties to draft pick forfeiture have left him jobless through the first month and a half of the 2014 season, something rather remarkable for an above-average defensive shortstop coming off a 111 OPS+ season. 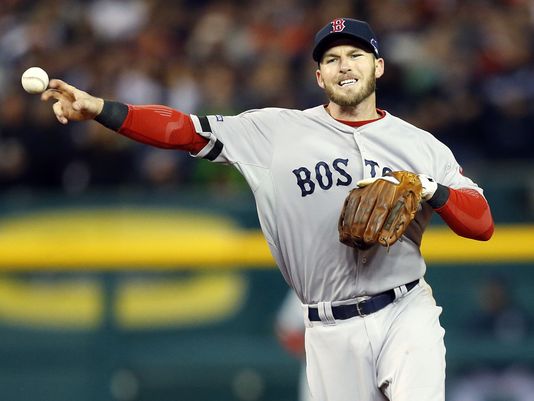 There are two significant caveats in the existing Drew/Boston scenario that make the days leading up to the June 5th MLB First-Year player draft compelling.  First, the draft pick that a team would be forced to forfeit in order to sign Drew only relates to the 2014 draft, so any team in baseball can sign him after the draft without worry of losing a prized early pick, a commodity valuable enough to keep many teams from attempting to sign him.  Second, and more importantly, the first caveat only applies to 29 of baseball's 30 teams, as Boston does not stand to lose a pick should they choose to sign Drew.

When you combine those two issues, that means that for the next 18 days, the only team in baseball that could potentially sign Stephen Drew to a contract and not forfeit a draft pick is the Boston Red Sox.  After June 5th, Drew's market is wide-open, meaning the significant competitive advantage possessed by the Boston front office has a shelf life that nearly mirrors the time their starting, struggling 3B will spend on the DL.

While shifting Bogaerts back to 3B and bringing in Drew to play SS would make for an excellent defensive pairing, adding Drew's LH bat to a lineup that has struggled against right-handed pitching may actually be the most intriguing aspect of a potential deal.  Boston has gone just 10-18 against right-handed starters this season, the worst mark in the American League, and while the loss of Jacoby Ellsbury's bat to free agency has played a part in that, Middlebrooks' .143/.276/.286 line against RHP hasn't exactly helped.  Drew hit .284/.377/.498 against RHP for Boston in 2013, and his career mark of .275/.343/.451 against righties suggests that his 2013 line was no fluke.

Speier notes that there has not yet been additional negotiation between Boras and the Red Sox and that there is little incentive for Drew to sign now while on the cusp of having a much more robust market, but there's also a very obvious fit in Boston.  While Holt has mashed his way through AAA pitching, he owns just a .260/.318/.313 in short MLB stints across three seasons and doesn't project to carry the 3B load now, or in the future.  While top prospect Garin Cecchini is still penciled in as Boston's 3B of the future, the Red Sox have so far seemed reluctant to promote him, preferring to let him continue to develop in the minors in 2014.  Adding Drew for the rest of the year and moving Bogaerts to 3B may be the kind of move that helps get Boston back in the AL East driver's seat.