The monetary details of the Braves third baseman's contract extension surfaced on Friday.

After it was announced on Thursday that Braves third baseman Chris Johnson would sign a three-year contract extension to stay in Atlanta, the details of the contract have finally surfaced, via ESPN's Buster Olney.

According to Olney's report, Johnson will receive $23.5 million over three seasons, with a $10 million option for a fourth year. The deal buys out the final two years of Johnson's arbitration, plus at least the first year of his free agency, with the chance to make it a second year should the Braves pick up the option.

The Cincinnati Reds closer took the first big step towards returning to the majors with a rehab start in Dayton.

More so than anything, the move is a testament to the lackluster forthcoming third base market that is set to hit this offseason. With the likely top available candidate, Giants third baseman Pablo Sandoval, barely hitting half his weight and other soon-to-be free agent Chase Headley also batting below the Mendoza Line, Braves general manager Frank Wren recognized the need to secure Johnson, thus locking him up for the next few seasons.

Johnson certainly didn't come cheap, with his breakout .321/.358/.457 performance last season demanding a substantial dollar amount. But given the alternative options and the consistency Johnson has displayed throughout his career, the Braves have to be pleased with the deal.

The move goes right in line with Wren's philosophy, which appears to be locking up star players to lengthy contracts. The Braves already signed Freddie Freeman, Craig Kimbrel, Andrelton Simmons, Jason Heyward and Julio Teheran to multi-year deals this offseason, giving them a solid core for the next several years. Now it appears that Johnson will be joining them for at least the next three or four seasons.

The deal has drawn somewhat mixed reactions, though the general consensus is that the Braves made the most of their options. On one hand, Johnson is significantly better than the alternatives the Braves likely would have been stuck with had they let their third baseman walk.

As mentioned, Sandoval and Headley haven't inspired confidence this season, yet they would each likely demand contracts more lucrative than the $23.5 million given to Johnson. We've already seen Sandoval demanding upwards of $100 million this season, making Johnson's modest sum look relatively tame.

We also know Johnson can hit. While his .321 average from 2013 eclipsed any of his other single-season totals, Johnson still owns a .287 career batting average while hitting above .280 in three of his four big league seasons. 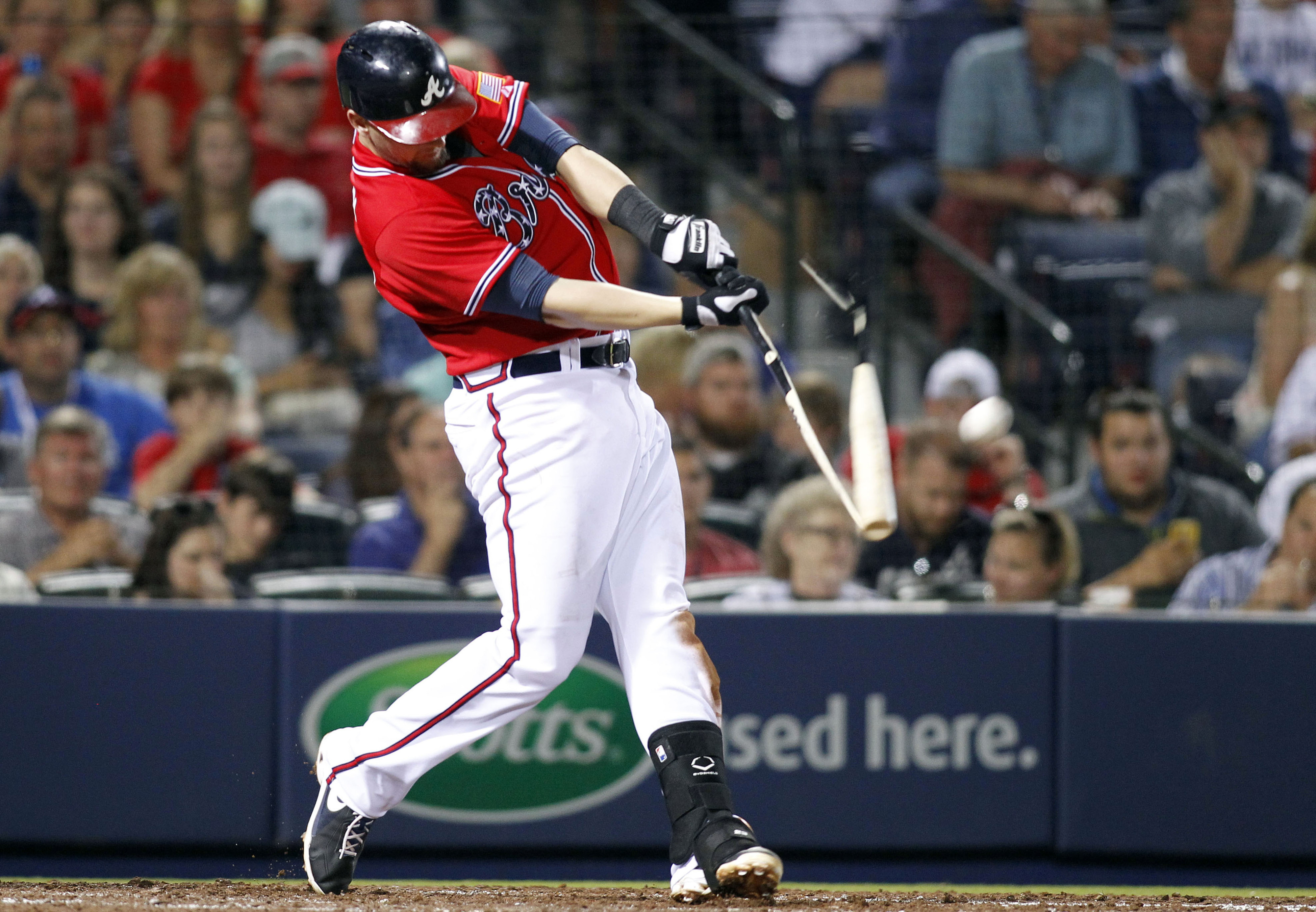 On the other hand, Johnson is far from perfect. For one, the Braves are paying him money that assumes he'll somewhat maintain his 2013 performance, despite that being, by far, Johnson's best single season. In fact, the Braves third baseman actually has a negative WAR throughout the rest of his career, with his 2.4 WAR in 2013 eclipsing his overall career mark of 2.2.

Granted, that's a bit of a misleading statistic given Johnson's improvement during the last few seasons, but the issue remains that the Braves will be asking him to play at or near a level that's far better than what he's shown during his career.

Johnson is also about as undisciplined as they come at the plate. With a career strikeout-to-walk ratio of 467-to-96 and a BB% of 4.9 percent (classified as somewhere between "poor" and "awful" by Fangraphs), there's no looking around that issue.

Talking Chop's Ben Duronio had an interesting take on the deal:

One important factor to consider is that currently Johnson is also the team's backup first baseman. Were anything to happen to Freddie Freeman, the Braves have little to nothing behind him all the way down through the minors. I believe this deal shows that the team is confident in Johnson's 2013 being at least somewhat for real and that there is little faith placed in Edward Salcedo becoming the player many thought he once would become.

That certainly could have come into play in Wren's decision. The Braves GM also expressed confidence in Johnson's consistency, via MLB.com's Mark Bowman:

Joel Hanrahan Deal: Reactions from around the web

Aggregated reactions from experts and bloggers regarding Hanrahan's deal with the Detroit Tigers.

Joel Hanrahan Deal: Reactions from around the web

Expectations will certainly be high for Johnson, whose relatively long term contract gives him the responsibility of filling the shoes of future Hall of Famer and ex-Braves third baseman Chipper Jones. While that's a difficult comparison to fulfill, the Braves can at the very least can be confident that they signed a consistent third baseman for a reasonable deal in an age of overly lucrative contracts.