Davis' contract won't make him much more affordable, and despite his early success this season, he's no Greg Holland.

If you were in a coma from 1997 to 2007 it might hard for you to remember a time when the Kansas City Royals didn't have a dominant closer. Quisenberry, Gordon, Montgomery, Soria, and now Greg Holland -- who might be the best of that extremely talented group.

Royals fans under the age of 12 have no idea that there was a time when the team's closer was NOT absolute nails with the game on the line.

It's true. Young Kansas City fans are spoiled having missed the decade of Royals ninth innings with guys like Ambiorix Burgos toeing the hill.

Over the last two years or so, the Royals bullpen has been worth more wins than any other group, according to FanGraphs-- led by Holland with more than six of their 16.7 fWAR over that span.

This year, a startlingly effective Wade Davis is helping the Royals continue that trend. He's striking out around 45 percent of the hitters he faces. Only the Yankees Dellin Betances has been better in that regard. Davis has a better ERA than Holland and much better strikeout-to-walk ratio so far in 2014. His performance has been so good that FanGraphs' Jason Collette devoted a column to him, concluding that the club might want to consider trading Holland and using Davis in the ninth. 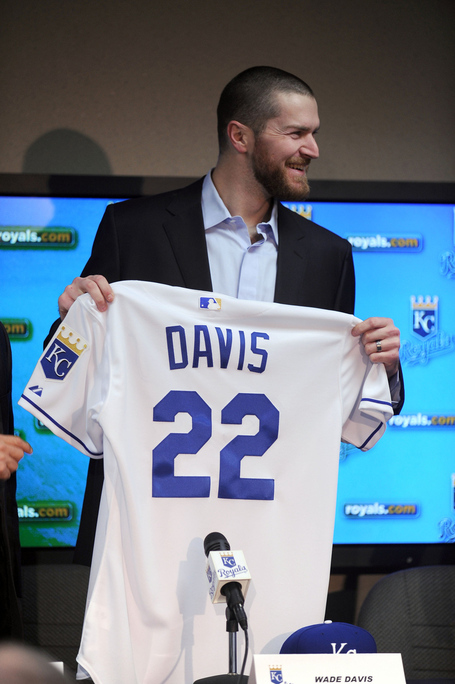 The Royals are not a big-market club. They have boosted their payroll closer to the middle, but they still need cost-controlled players and bargains to have a realistic chance at making the playoffs in the current economic climate of the game. So, it seems as though Collette's suggestion has some merit, however, Davis came to Kansas City with some baggage.

As the less spectacular half of the Royals' return in the trade that landed Kansas City ace James Shields, Davis has been frustrating as a starter and dominant as a reliever, as Collette's expert analysis shows. That has been the case for the better part his entire career. Back in Tampa Bay though, the Rays saw Davis as a future rotation cornerstone in the early stages of their relationship. They locked him up on a four-year, $10.1 million deal with team options that escalate through 2017. He'll earn $4.8 million this season -- slightly besting Holland's $4.675 million salary -- and the team holds options for $7 million in 2015, $8 million in 2016 and $10 million in 2017. Like Holland, he'll be 31 years old in 2017.

It's not as if that contract makes Davis an unbearable extravagance for Kansas City, but its format may force the Royals to either choose between their top two relievers, or shell out $15 million to $20 million for the back-end of their bullpen -- still fewer innings than a sturdy starting pitcher -- over the next several seasons. The latter isn't something that would bankrupt them, but it would significantly limit their spending elsewhere.

Collette mentions that the advantage with Davis is the fact that the club could control his salary with those options, while Holland will enter into his second year of arbitration after the season. He could will receive a substantial raise through the process. The Royals could also opt to offer Holland an extension, but that would almost certainly be more expensive than the deal they have in place with Davis.

The club could resort to going through the combative arbitration process with Holland and look to trade Davis to competing team this year or after the season, leaning on the cost-certainty angle -- presented by Collette and Pine Tar Press' Clint Scoles -- to gain an advantage in negotiations. Holland would likely end up costing the team somewhere between $5 million and $10 million more than Davis between now and 2017, but given each player's track record, it might be worth and extra $3 million a year to keep Holland around. That could cut into their budget for the free agent market and/or potential extension negotiations. On the other hand, $3 million isn't as hard to absorb as it used to be, and while cost certainty is appealing, the probability of productivity might be a better concept to focus on. Holland's the easy choice in that capacity. 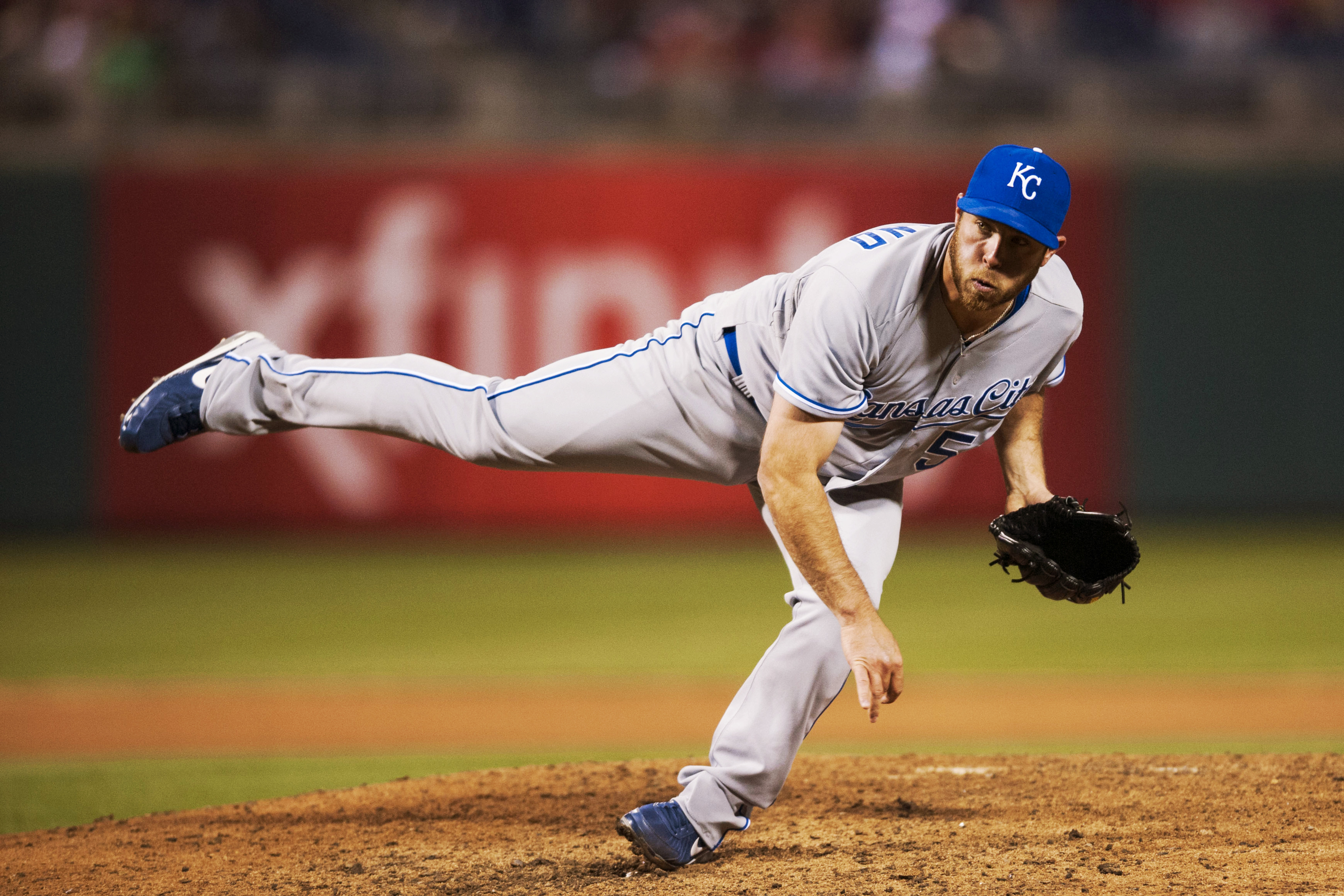 Sure, Holland will be more expensive and he'd bring more back in a trade, but what can the Royals really expect to get for a guy who only pitches 60 to 70 innings a year? The White Sox got Matt Davidson for Addison Reed, but there's only one Kevin Towers out there, and there might be zero by the end of the year. Dayton Moore can't exactly trade with himself either.

The Royals best option for the future of the ninth inning in Kansas City might be sticking with Holland -- who, by the way, had one of the best relief seasons EVER last year -- and attempting to make their set-up man's contract some else's problem -- you know, the way the small-market Rays did when they traded Wade Davis to Kansas City in the first place.