Evaluating the Kinsler for Fielder trade in the aftermath

Now that Prince Fielder is almost definitely out for the season, it is time to evaluate the Rangers / Tigers deal both thus far and for the future.

Share All sharing options for: Evaluating the Kinsler for Fielder trade in the aftermath

While hesitancy to pile on in light of the frankly disastrous news that seems to pour out from the Ballpark at Arlington on a nightly basis lingers in my subconscious, it is hard not to hear The News that Prince Fielder will miss the remainder of the 2014 season and look back at the trade that landed him in Texas this past offseason.

You may be asking yourself, "Wait, didn't this guy just do this like a month ago?" You then may ask yourself a corollary question, "Why the hell am I reading this again?"

Both of those questions are entirely valid, but with Fielder staring down cervical (no, not that kind of--wait, maybe I should look this up to be sure... all right, they're different, and Prince Fielder does not have a uterus--cervix, though as a liberal arts graduate I have no earthly idea why cervix appears to be the root of both the cervical spine and lower end of the womb) fusion, cutting short an already woeful season, there is definitely merit to looking at Jon Daniels's gambit as reframed with what looks to be one season of hindsight at least on the Rangers' side of the deal.

With the finality of Fielder's season a near-certainty, a quick look at the quarter of a season that he did play renders an image somewhere between C.M. Coolidge's series of Dogs Playing Poker paintings and one of the more disturbing scenes in Pier Paolo Pasolini's Salò, or the 120 Days of Sodom. It's certainly not pretty and could scar some of the more delicate viewers.

If you are into Numbers numbers, there are very few ways to spin Prince Fielder's season positively. His OBP was a palatable .360. His BB% was higher than his K%. That's about it for positive spin. Fielder slashed .247/.360/.360. His .305 wOBA and 85 wRC+ might have played all right if he was a defense-first up-the-middle player. At first base, there's no way to make those numbers look good. In 42 games played, he hung dong just three times while racking up a -0.4 fWAR and -0.3 rWAR.

Per Evan Grant's report at the Dallas Morning News, the Rangers will likely recoup about $2MM thanks to the insurance policy on Fielder's contract. This means that when all is said and done this season--a season in which the Rangers receive no compensation for Fielder's $24MM salary from Detroit--Daniels will have allotted roughly $22MM to 42 games of below-replacement-level play from his supposed star slugger.

Given Fielder's injury, the likelihood that the Rangers may have to resort to signing Kendrys Morales--possibly even before the draft takes place, thus forfeiting their 59th pick in the draft--goes up astronomically, meaning that Fielder's injury will cost them even more money if following that path of causation. 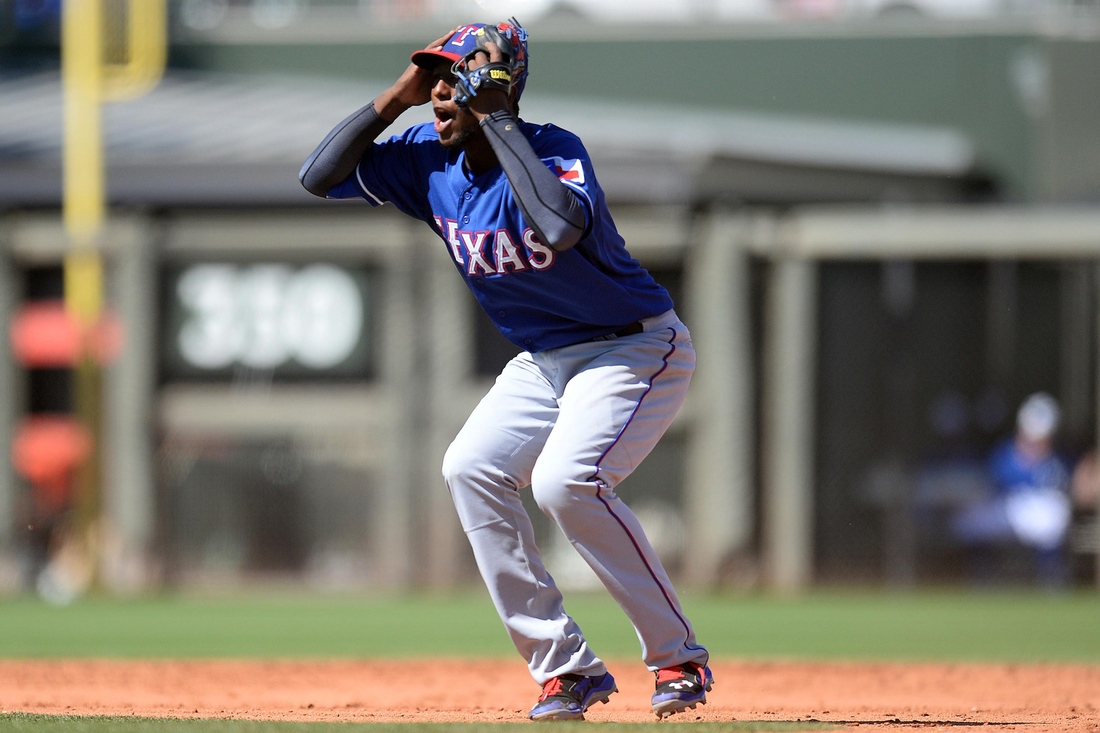 To add staggering injury to staggering injury, it now looks as though prized prospect Jurickson Profar, who the prima donna Ian Kinsler was moved to make room for in the first place, is likely down for the count in 2014 with a reaggravated teres muscle tear. Luckily for the Rangers, they also had Rougned Odor waiting in the wings, ready to step in at second base, but he has hardly set the baseball world ablaze since his May 8th call-up, slashing an anemic .179/.207/.286 in nonsensically erratic playing time handed out by Ron Washington.

Needless to say, very little has gone according to plan in 2014 for Jon Daniels, especially insofar as the trading of Ian Kinsler for Prince Fielder is concerned.

As for Kinsler--Jon Daniels, you might want to look away if you haven't seen the numbers--well, he's slashed .317/.347/.456 in 42 games. His .351 wOBA and 120 wRC+ are fourth and fifth, respectively, amongst qualified second basemen. His fWAR sits at 1.7 while his rWAR is 2.0. Kinsler has been the beneficiary of both good health and a .321 BABIP that would best all but his 2008 season's .334 mark and is considerably higher than his career average of .283. It is unlikely that Kinsler will continue on at his blistering pace that would put him somewhere around 6.5 WAR at the season's end.

It should be noted that the second baseman (who has played more than 140 games in just three seasons over his nine-year career) is almost two full years older than Fielder, and second basemen are not known to age especially well, as the age-related deterioration of their defensive skill set does not tend to coalesce advantageously with their offensive skill set as they make moves around the diamond to easier positions to field. That Kinsler is guaranteed a contract through his age-35 season should raise concerns in Detroit down the line.

Unfortunately for Jon Daniels and the Texas Rangers, it certainly looks like their trade partners have a huge head start in the returns game on this deal. Kinsler looks to be well on his way to providing surplus value to the Tigers, as a 3.0+ WAR season seems a safe bet at this juncture (assuming health the rest of the way).

That isn't to say that this deal is a slam dunk for the Tigers either, however.

Kinsler is set to make $16MM this year and next before his salary begins coming back down to $14MM and $11MM in the guaranteed third and fourth years for Detroit. Of course, starting in 2016, the Tigers will chip in $6MM each year through the rest of Fielder's deal, meaning Kinsler will essentially be costing the Tigers $20MM and $17MM those two seasons, to make no mention of the fact that they will continue to pay $6MM through 2020 potentially three years past when Kinsler will be in uniform. Furthermore, the Tigers will either exercise their $12MM option in 2018 or buy it out for $5MM, adding at least another $5MM.

If the Tigers buy out the option, they'll be spending $92MM to have Kinsler (on his salary and paying part of Fielder's salary from 2016 through 2020) from 2014 to 2017. If they exercise the option, that turns into $99MM. While the cost per WAR goes up in those later years--meaning that $6MM in 2020 isn't as much money as $6MM in 2014--you are still looking at Ian Kinsler's performance from 2014 to 2017 needing to be worth $23MM per year to have him provide market value for the money spent in aggregate. If they exercise the $12MM option that drops to $19.8MM in average annual value that he would have to supply. Fangraphs' valuation of a Win sits at about $5.5 as currently figured. Taking that estimate and applying a $500K increase to the cost of the win per season for average inflation, the cost/win goes up to $6.0/$6.5/$7.0/$7.5 through 2018.

The former Cy Young Award winner was placed on the DL with an arm issue for the first time in his career.

The fact that Kinsler has only once been worth more than 3.2 fWAR since 2010 should, however, be cause for concern when looking at the likelihood of meeting those marks. His last 30/30 season is the outlier, of course--a season in which he was worth a staggering 7.2 fWAR and 7.1 rWAR--but it hardly looks like Kinsler's season, which appears to have been aided by the BABIP fairy thus far, will shape up like that season did. Furthermore, his value in 2011 was aided by a defensive campaign that may well have been a bit of statistical noise, as it certainly stands out as a significant outlier given that his career UZR/150 is 1.1 but was 17.3 that season.

Getting back to Fielder, the Rangers will pay him roughly $22MM this year (net, after insurance), $24MM next year, and then $18MM for the five seasons 2016 through 2020. That's a total of $136MM. Given that he produced virtually nothing this year, production-wise, Fielder will have to produce $22.7MM in value over the last six years of this deal to be worth the money the Rangers will pay him. In terms of WAR starting next year and going through 2020 that will be 3.8, 3.5, 3.2, 3.0, 2.8, and 2.7 that he'll have to produce successively to give the Rangers their money's worth over the course of the deal.

Given the severity of Fielder's injury and the level of performance necessary for an all-bat first baseman in his 30s to provide that kind of value, it's unlikely that he will hit those marks for the Rangers.

Anything is possible, of course, but it's safe to say the Tigers are much more likely to get their money's worth in this deal. That Profar may also miss the entire season certainly exacerbates the issue.