The Diamondbacks are 13 games back in the NL West. Their early season struggles were well documented as they started the year 9-22 through April. Since then, they have gone 12-11*, but the hole they started digging for themselves in Australia might be too much for them to overcome.

In fact, it almost certainly will. Not only are the D-backs 12 games below .500, but they'd have to catch the Giants, Dodgers, and Rockies to make any noise in the West.

Arizona general manager Kevin Towers is in a tough position. If he starts a fire sale, the front office might see that as an opportunity to move on. Maybe not, but trading good players for prospects is admitting that the season is over, and after back-to-back 81-81 finishes in 2012 and 2013, that might not be the easiest thing to admit -- even if it's obvious.

Are the Diamondbacks buyers or sellers? SELLERS

If the team moves on from Towers, a firesale would be a good way for a new GM to start. The problem in Arizona is that they don't exactly have many apparent trade pieces. However, they could decide to deal from the top of their payroll to relieve themselves of some financial obligation going forward, and they have a reliever or two that could draw interest on the open market.

Which players could be moved?

Prado earns $11 million annually through 2016, and was one of the major pieces Arizona got back in the Justin Upton trade. He could help a contender with his defensive versatility, but trading him would further expose Towers' mistake of trading Matt Davidson for a reliever. However, they could get a decent return for Prado if they decided to shop him, but he's struggling at the plate this year, and his stature in Towers' GM anthology would probably result in a high asking price. 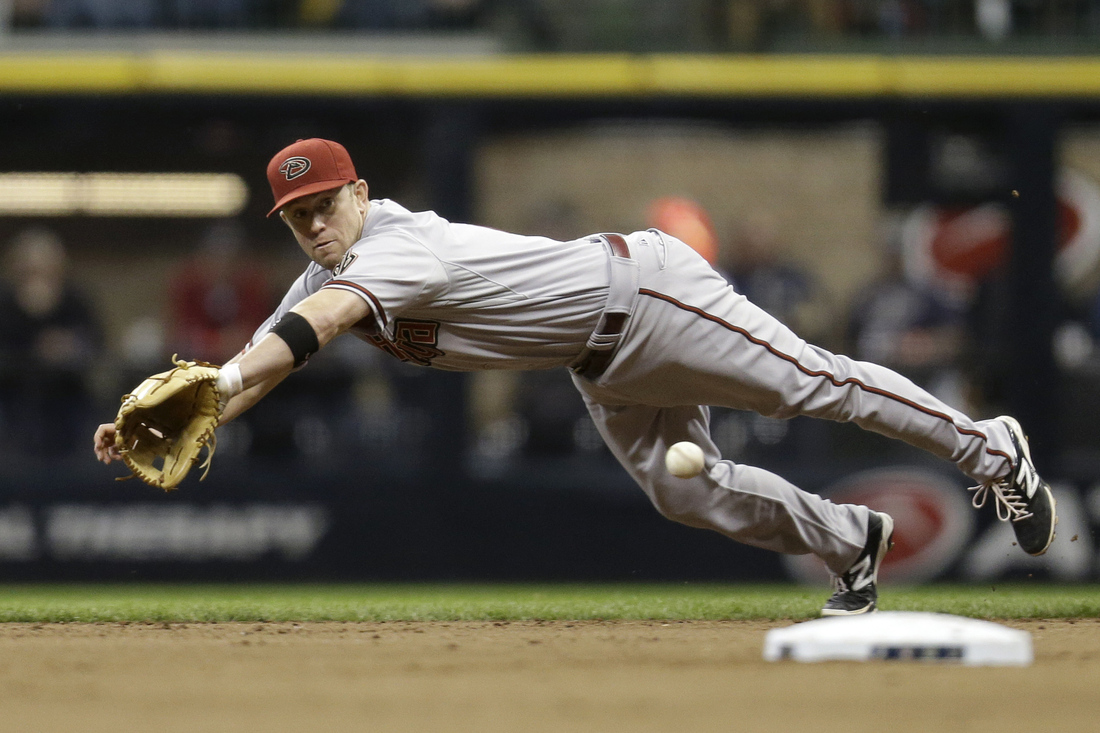 Hill's contract is similar to Prado's. He'll make $12 million in 2015 and 2016. If he was in the midst of one of his patented hot streaks, perhaps the D-backs could get something in return for him, but at this point, they might have trouble finding suitors. Hill is 32, and since his contract would require an acquiring team to commit to him, it will be hard for Towers to find a fit.

Ziegler might be their best trade chip. He could be a closer -- which makes the Matt Davidson-Addison Reed trade more confusing -- and he's signed to a team-friendly deal. He'll earn $4.5 million this year, $5 million next year, and has a team prion figured into his deal for 2016 at $5.5 million. Unless the Diamondbacks think they can rebuild in one year, they could look to move Ziegler for a young player with upside.

Thatcher is a free agent after the year, and he could end up being one of the most sought-after left handers on the market next winter. If anyone is getting traded in Arizona, it's Thatcher. Not only does it make sense for Arizona to maximize his value before he leaves, but it makes the most sense for his potential suitors as well. Prorated, he would only cost an acquiring team a little over a million dollars. That's dirt-cheap for a proven left hander that only requires a few months of commitment.