These guys might not crack the first round, but they could be in an MLB uniform sooner than the guys taken ahead of them.

The MLB draft is just a week away, and most of the top picks are still a mystery. Some say the Astros are considering high school shortstop Nick Gordon at No. 1 overall, and there are several other prep players -- most notably pitchers Brady Aiken and Tyler Kolek -- who could eventually end up being stellar prospects for the team that drafts them.

However, there are always a few slightly older players that could make an impact sooner rather than later. Typically, the fastest risers in a given system are college relief pitchers due to the level of competition they have faced and the polish on their repertoire. In 2012, Dodgers lefty Paco Rodriguez rose through Los Angeles' system before the end of the year, debuting on September 9 -- just three months after being picked 82nd overall out of the University of Florida. This year, Tigers' right hander Corey Knebel debuted less than a year after Detroit selected him from the University of Texas with the 39th pick in 2013 draft.

This year's draft class presents teams with a handful of players that could surge through the minors and help their major league bullpen in the near future.

Burdi's all but a lock for the first round due to an 80-grade fastball that has touched as high as 103 mph in his time at Louisville. His slider touches 92-93 mph ... his slider. An area scout told Baseball America that his secondary pitch was "hard, late, and unfair" -- which leads one to assume that if his slider is described as "unfair," his fastball must be a thing that transcends language.

He's been linked to the Tigers and Angels most often in rumors.

Cederoth's fastball is what will get him to majors as well. His isn't as potentially record-setting as Burdi's, but he can touch triple digits at times, and sits regularly at 94-97 mph. He began his career at SDSU as a starter, but struggled and was eventually shifted to a relief role. In the bullpen his slider improved, breaking later and harder and sitting at 83-85 mph. He could slip out of the first round due to a propensity for walks (4.91 BB/9 this season), but the high strikeout rate and big, durable frame (6'6" 195) should earn him some serious consideration in the first few rounds. The team that ends up with him will certainly attempt to help him improve his command to avoid free bases, but if Fernando Rodney can find success in the majors, Cederoth might be able to as well. 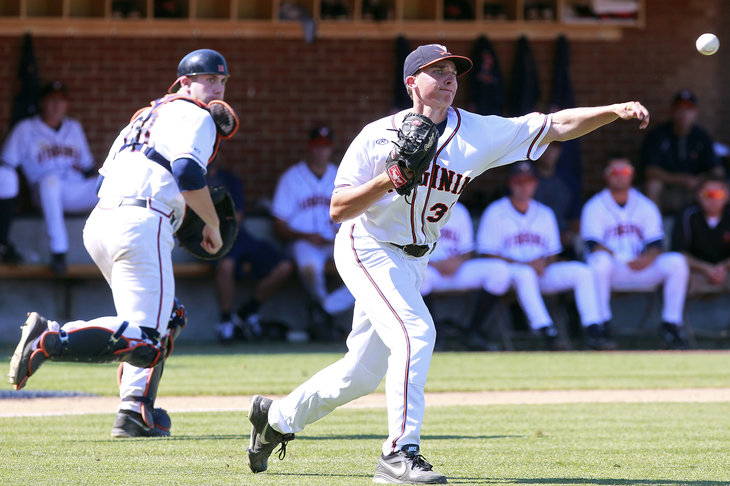 Howard plays both third base and pitches out of the Cavaliers' bullpen. He could be given an opportunity to develop as a hitter, or if a club sees him as a starter, he could end up refining his game in the minors for a while. But if his next team wants him to help as soon as possible, the 21-year-old could "zip to the majors," according to the staff at Baseball America. He touches 96 mph with his fastball and mixes in a changeup, slider and a 12-to-6 curve. 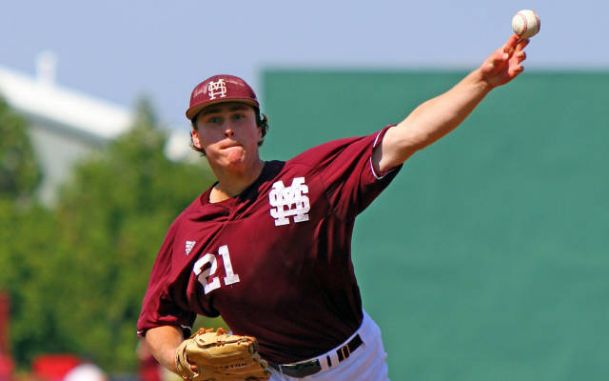 As a left hander that can hit 94 mph with his fastball, Lindgren should be able to find his way to the show quickly. He's not as big as most of the other top collegiate relievers (5'11" 200), but his strikeout rate is impressive, and he bends a plus slider into the mix as an out pitch. Lindgren isn't likely to go in the first round, and he could even slip out of the second given the depth of this year's class, but if given the right opportunity, he could be running to the hill from a major league bullpen soon.

Of all the names on this list, Oliver is the most likely to end up starting. He came in at No. 54 overall on Kiley McDaniel's draft rankings at the beginning of May. His problem has been inconsistency between "flashes of brilliance." He isn't likely to be taken in the first round, and some evaluators think his potential as a starter is too high to waste in relief, but with a plus slider and a mid-90s fastball he could climb the ladder quickly.