The November trade that swapped the former World Series MVP for the speedy OF has yet to provide gains for either franchise.

The November 22, 2013 trade between the Los Angeles Angels and St. Louis Cardinals headlined by David Freese and Peter Bourjos was intended as a change of scenery play by both teams that could also help alleviate logjams on their rosters.

Who is winning the Fielder for Kinsler deal?

Who is winning the Fielder for Kinsler deal?

Freese, who had spent a large portion of his early life growing up in the St. Louis area as a fan of the Cardinals, had seen his numbers decline across the board in the wake of his 2011 World Series MVP season, and he was no longer inexpensive as he entered his 2nd year of arbitration eligibility.  Bourjos, on the other hand, was a promising talent who had battled injuries and had been stuck in the unfortunate scenario of being a CF in the same organization as Mike Trout.

Despite reaching the World Series in 2013, the Cardinals had offseason designs on a major defensive overhaul, and the oft-injured Freese was not included in them.  2013's breakout star, Matt Carpenter, had spent the previous season at 2B despite having never played an inning there in the minors, and the team wanted to return him to his more natural position at 3B.

One of the team's top prospects, Kolten Wong, was also a consensus Top 100 prospect who the team felt was ready for a Major League opportunity.  With Freese set to earn some $5 million in his second arbitration year and the team convinced they could upgrade in defensive ability and durability, Freese became both expensive and expendable in the same offseason.

The Angels, on the other hand, had been searching for an answer at 3B for several seasons, and were still in the market for a starter at the position.  They had tried and failed at converting 1B/OF Mark Trumbo to the hot corner, and after they sent Alberto Callaspo to the Oakland Athletics in a trade deadline deal in 2013, Andrew Romine provided just a .595 OPS through the end of the season as the starter at third.  The team also had designs on giving the CF duties permanently over to Mike Trout, which was an obvious decision.

With no ready-made replacement waiting in the minor leagues, the Angels were actively looking for a 3B on the trade market, and the Cardinals jumped at the opportunity to shed salary and bolster their OF depth in the wake of Carlos Beltran's election of free agency.

Though the move filled an obvious void for the Angels on paper, the general reaction at the time was that the Cardinals, as they are wont to do, got the better end of the transaction, especially once the dollar amounts were considered.  OF Randal Grichuk joined Bourjos in heading to the Cardinals organization, and reliever Fernando Salas accompanied Freese to Southern California.

So far, the 2014 season has proven to be a worst-case scenario for the major players involved and their new franchises. 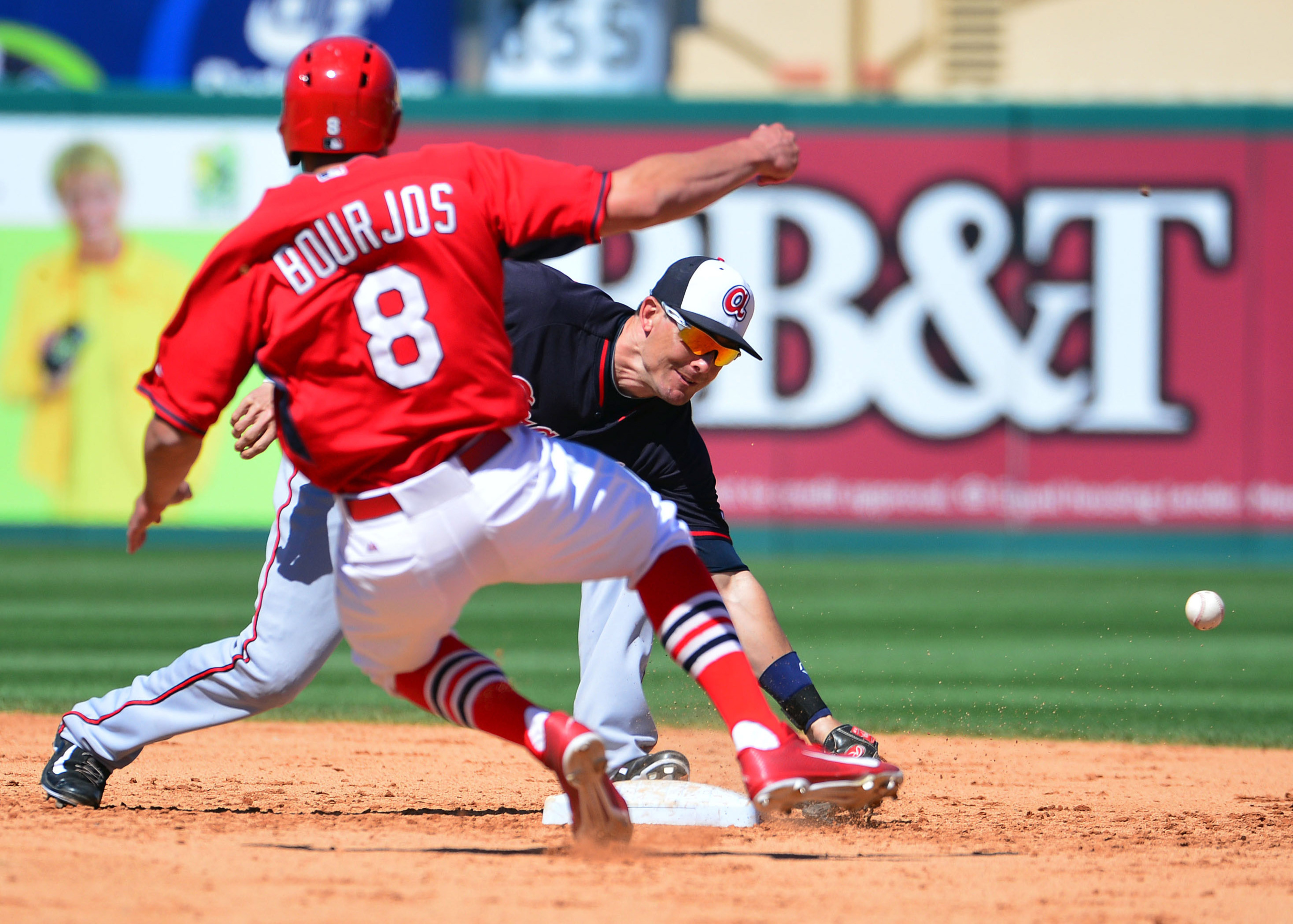 Bourjos, who got the majority of the early season starts for the Cardinals in CF over stalwart John Jay, had hit his way out of the position as recently as a week ago, and prior to hitting the first HR of his season in the Cardinals most recent game, he was hitting just .179/.258/.268 on the young season, with his inability to consistently reach base hampering his chance to show off his speed on the bases.

In fact, Grichuk was called up from Triple A Memphis a few weeks into the season and even got 3 starts in CF before being optioned back to the minors this morning.  Further complicating matters, Wong struggled through the first four weeks of the season and was optioned to the minors, and the veteran backup signed to spot-start for him, Mark Ellis, is hitting just .170/.231/.191in 52 PA as the team's primary 2B.

Freese, who struggled through injury-shortened seasons in both 2010 and 2011, was placed on the 15 day DL on May 3rd after breaking a finger after being hit by a Colby Lewis pitch, but considering he was hitting just .202/.266/.286 through the first month of the season, the Angels were likely close to having a decision on their hands regarding who would receive the bulk of the 3B duties anyway.  3B Luis Jimenez, carrying a .925 OPS in the minors this year, was recalled from Triple A Salt Lake City to take over for Freese.

Regardless, there's little for either team to be satisfied with given the expectations held at the time of the trade.