The two Bay Area teams are winning consistently, but they each have an Achilles' heel that could come back to bite them if not dealt with before playoff time.

The San Francisco Giants and Oakland Athletics might have the two best records in the majors, but they're still both looking to acquire second basemen in order to fill a hole that has plagued each team this season.

Indeed, neither team is content with the performance from its second basemen, and for good reason. The Giants rank 28th in WAR at that position, with a -0.2 total that's actually costing the team wins, and the A's aren't too far ahead at 23rd, with a -0.1 WAR. Given each team's chance to contend for a title this season, it's clear that they'll both be looking to address that need sooner rather than later.

The Giants have had a bit of a roller coaster ride with their second base position this year. Back in March, panic ensued when it was announced that regular starter Marco Scutaro would miss the beginning of the season, but perennial minor leaguer/bench player Brandon Hicks put together a monster spring training performance, and he filled in nicely at the beginning of the season. But with the news that Scutaro isn't close to returning and Hicks' alarming drop in performance, the Giants don't have a lot in the way of backup options, and are thus in the market for a replacement.

If the Giants don't want to go the route of a trade, they could stick backup infielder Joaquin Arias into the starting role, though his consistent inability to get on base and awful OPS of .391 this season pretty much eliminates that option. Top prospect and former first-round pick Joe Panik is another alternative, given his fantastic performance at Triple-A Fresno (.325/.386/.450), though the team might want to give him more time to develop, especially if the big league club continues to win in spite of Hicks' struggles.

But should the Giants pursue a trade, their best bet might be Phillies second baseman Chase Utley, with whom the team has been linked. There aren't necessarily any concrete details about a potential deal, but MLB Network's Peter Gammons apparently heard from a general manager that the Giants could reach into their trove of pitching talent in the minors in order to acquire Utley. The GM went as far as to say that the NL "would be decided by whether the Dodgers or the Giants got Chase Utley."

That's certainly a bold claim, but either way, continued struggles from Hicks just might force the Giants to make some type of move. Whether that entails promoting Panik or acquiring someone like Utley remains to be seen, but given the vast amount of pitching talent in the Giants farm system and Utley's strong performance this season, don't be surprised if general manager Brian Sabean goes that route. 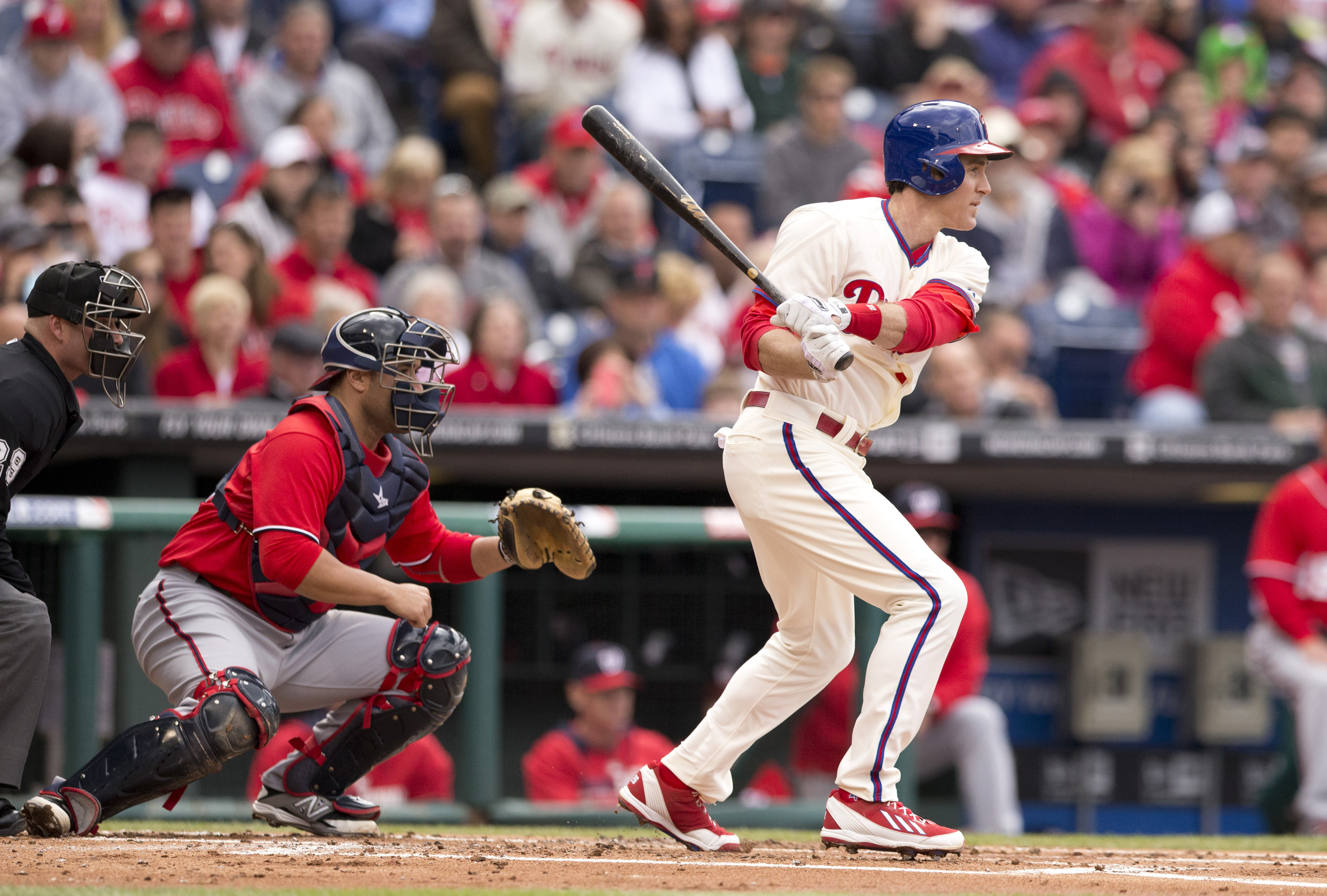 According to reports, the Boston Red Sox have been actively scouting the Phillies for the better part of three weeks, looking for possible help to improve their team.

Miami could target pitching at the trade deadline

The Marlins are only a half-game back in the NL East as the trade deadline approaches.

Red Sox are scouting, Phillies willing to trade Miami could target pitching at the trade deadline

The A's could also be in the market for Utley, though like the Giants, there haven't been any official rumors just yet. The San Francisco Chronicle's Susan Slusser noted that the team wouldn't give up top shortstop prospect Addison Russell, which could make it tough to put together the pieces necessary to get a deal done. The A's have an army of second basemen (or players who have experience at the position) currently in the majors—Eric Sogard, Nick Punto andAlberto Callaspo—but none of those three have been productive in any sense of the imagination this season, hitting .195, .245 and .222, respectively. Punto has been the closest to respectability, with a .350 OBP (including .407 against righties), but his lack of power and consistency makes him a risky player to depend on if the team hopes to contend this postseason.

While it's clear that each team is in need of a reliable second baseman, the fact that they're both finding ways to win regardless makes complacency from Sabean and A's general manager Billy Beane rather understandable. With that being said, expect at least one team—if not both—to pursue Utley in the coming month or so, and it wouldn't be surprising to see the Phillies second baseman on a Bay Area team roster before the end of the season.