What do you get for the team that has everything?

The Dodgers are buyers. They're the buyingest buyers in baseball. They have the prospects to get just about anyone and they obviously have the money. Minor leaguers like Joc Pederson, Cory Seager, and Julio Urias could be used as trade chips, and if they were, sellers around the league would line up to talk to Dodgers general manager Ned Colletti.

Are the Dodgers buyers or sellers? BUYERS

The only problem is, the Dodgers don't really have any major holes. They have five starters pitching well and a sixth -- Paul Maholm -- waiting for a chance to fill in. Their outfield is notoriously crowded, especially since Pederson is ready for the big leagues. Their infield is stocked with several options in the majors and high minors. Dee Gordon and Juan Uribe looking like the answers at second and third -- Uribe is expected to return from the disabled list relatively soon. Every team could add bullpen pieces, but the Dodgers have a crowded bullpen at the moment. Brian Wilson and Chris Perez are struggling, but giving up on either pitcher would be costly.

Los Angeles could add a few small pieces at the deadline or make a blockbuster deal. The former seems more sensible, but the Dodgers operate within a different set of rules than most of the league.

Papelbon's huge contract and waning velocity won't land him on many GM short lists. However, the Dodgers could acquire Papelbon and use him as a set up man to closer Kenley Jansen, which would allow them to prevent his 2016 option from vesting (he needs 55 games finished in 2015 or 1000 games finished in 2014 and 2015 combined to net the $13 million option). If the Dodgers could get Philly to pay some of Papelbon's $13 million salary next year, they might be the only team that could conceivably make a deal for him. It's unlikely, but crazier things have happened. 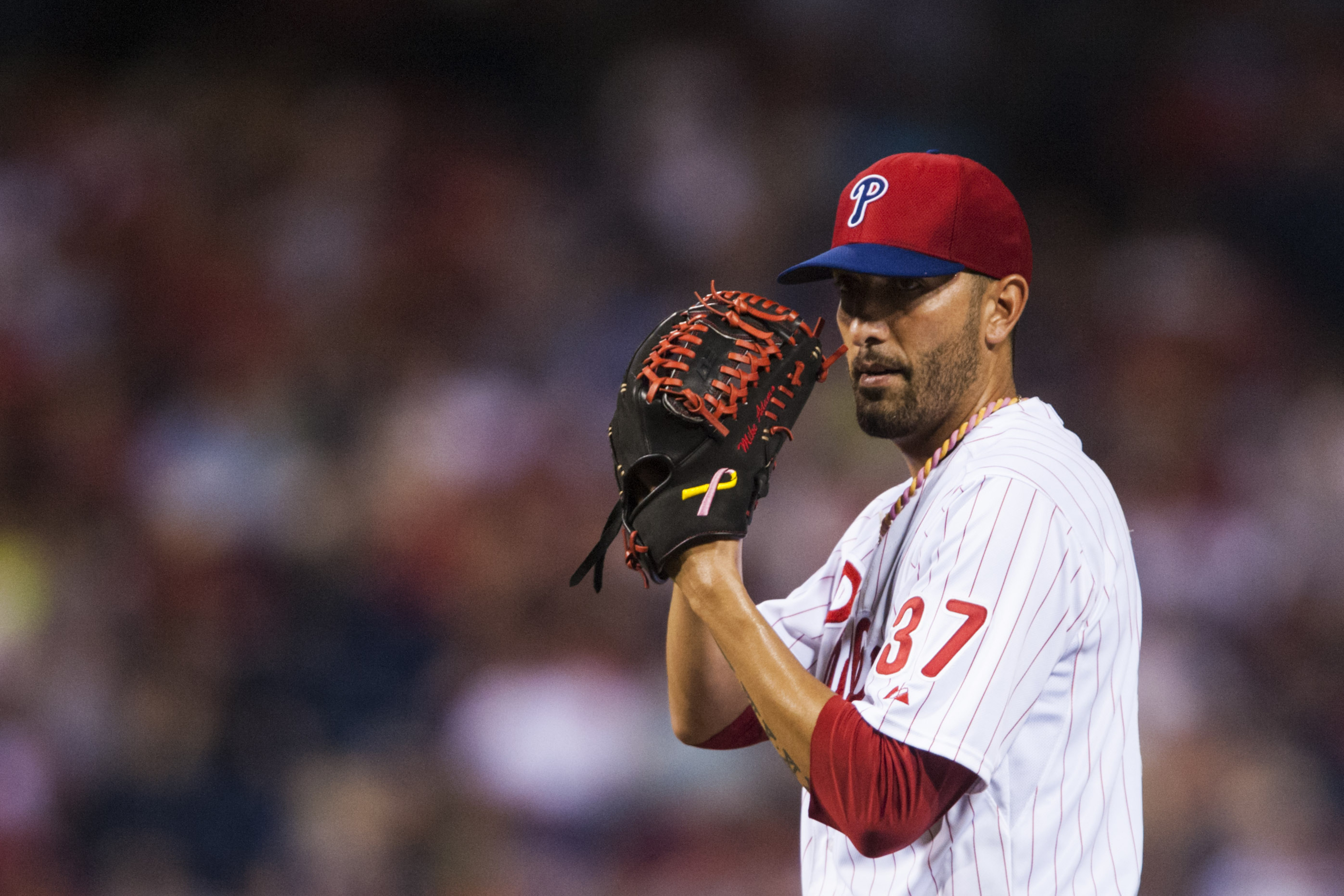 Adams is the more logical fit, but again, the Dodgers aren't as bound to logic as most clubs. Neither Papelbon or Adams would likely cost Los Angeles a significant prospect, but Adams has the added benefit of becoming a free agent after the season. He also makes much less for the rest of this season. Adams, 35, hasn't been as dominant over the last two seasons as he was from 2008 to 2011, but he's been effective so far this season. The Phillies could look to move him even if they don't blow up their entire roster.

Dunn would give the Dodgers a big left-handed bat on the bench, something they don't have unless Andre Ethier is getting a day off. Dunn is posting solid numbers this season after hitting just .197 for the White Sox from 2011 to 2013. Los Angeles might not want to stash such a one dimensional player on their playoff roster, but Dunn would give Don Mattingly a useful weapon late in games.

Josh Beckett, Paul Maholm, and Chad Billingsley will be free agents after the year and there's still a chance injury could prevent Dan Haren's player option from becoming active (he has to pitch 180 innings this year to earn it). Price won't hit the open market until 2016, but if the Dodgers gave up premier prospects to get him, they could have designs on inking him to a long-term deal. This is extremely unlikely, even for the asset-bloated Dodgers. But that doesn't mean it won't happen. If Colletti could somehow land Price, LA's rotation would be, from top to bottom, the most imposing in the age -- if it isn't already.