Yankees' GM Cashman: "We need to get better from within"

Gosh, the Yankees want to make serious moves this season? When have we heard that one before?

Share All sharing options for: Yankees' GM Cashman: "We need to get better from within"

Just as the sun rises every morning, the New York Yankees always seem to be major players in the trade market, each and every season. According to MLB.com's Barry M. Bloom, this year is no different, with general manager Brian Cashman stating before the game on Wednesday that he thinks the team needs to "get better from within" and that he "expect[s] to make moves again."

With the addition of the second wild card and team's clear willingness to bypass the luxury tax limit once again, it's clear that the Yankees are very much in the mix when it comes to the trade market, which figures to heat up in a few weeks as we enter trade deadline season.

Unfortunately for Cashman and the rest of the organization, the team is far from a World Series contender as it currently stands. The Yankees' 37-33 record is more a product of right-hander Masahiro Tanaka's 11-1 record than of anything else. 31 of the team's 33 losses have come in non-Tanaka started games, and while teams were able to ride the arm of a single pitcher several decades ago, that's not how baseball works right now. For Cashman to make his team into a legitimate contender, he'll have to make some major moves come July, and he appears willing to do so—as per usual. 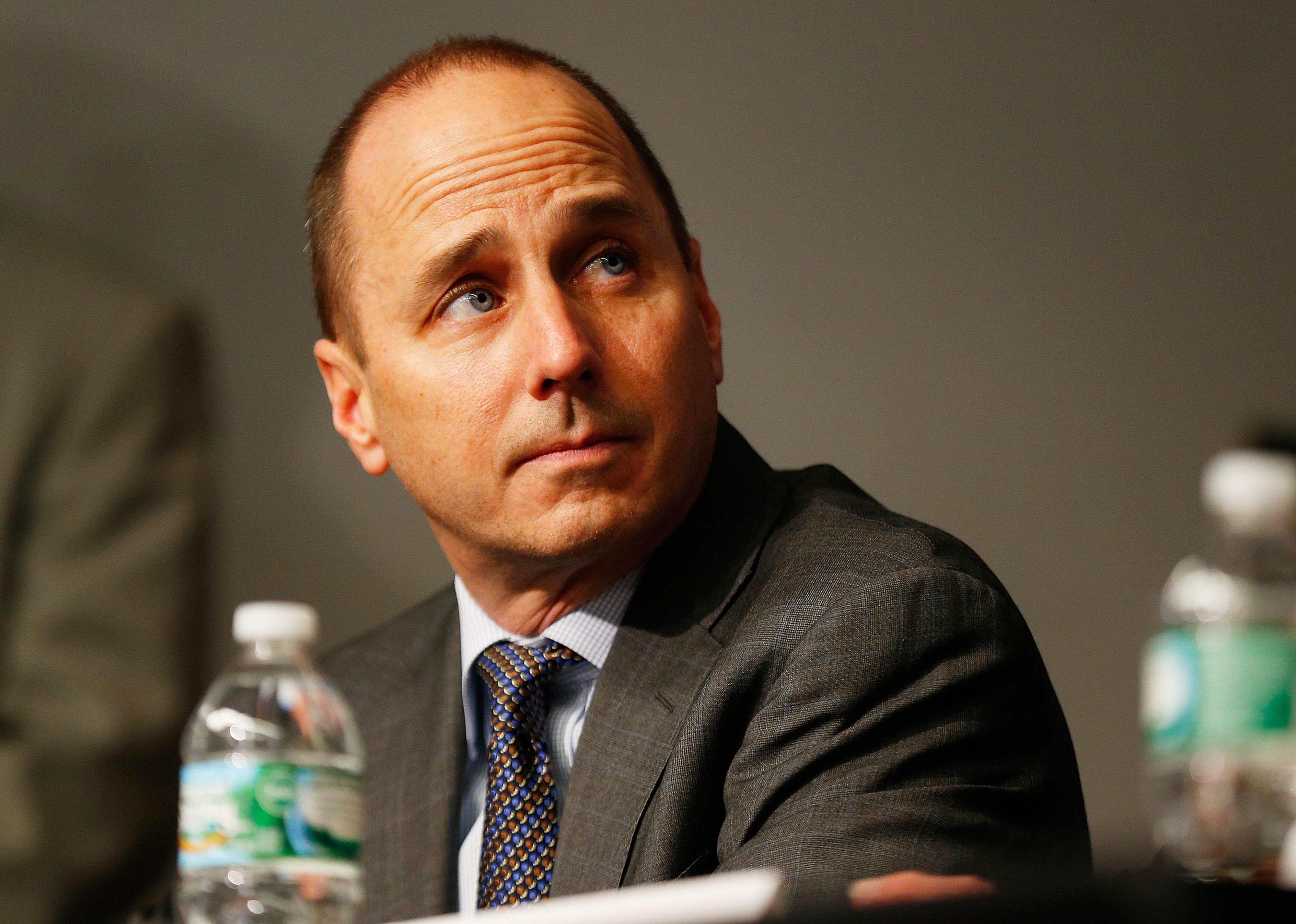 Cashman will be busy in July if he stays true to his word. Mike Stobe/Getty Images

The question then becomes which players the Yankees could deal, and that's where it gets murky. Recent long-term contract signees Brett Gardner, Brian McCann, Carlos Beltran and Jacoby Ellsbury are obviously out of the equation, despite Gardner and Ellsbury being among the team's would-be trade assets. Mark Teixeira's mammoth contract precludes him from any discussions, and the rest of the lineup (Derek Jeter, Ichiro, Yangervis Solarte, Brian Roberts) is either too young or too old to think about dealing.

Yankees getting "lots of calls" for J.R. Murphy

The Yankees have Brian McCann, Francisco Cervelli and Gary Sanchez. Do they need J.R. Murphy?

The Cubs are still trying to extend Samardzija despite all the trade rumors.

Meanwhile, the starting rotation is too banged up to consider anything there either. The Yankees can't really afford to trade away a starter because their rotation injuries have left them thin enough as it is, and they don't really have any appealing players with expiring contracts anyway.

That essentially leaves us with the bench and the bullpen, and dominant right-hander Dellin Betances stands out as a viable trade possibility. Cashman could probably fetch a healthy return for Betances, especially if he finds a desperate contending team in need of bullpen help. The Yanks right-hander is also relatively young, which could appeal to teams looking for a reliable future closer.

In terms of potential targets, Cubs right-hander Jeff Samardzija makes a lot of sense given the team's rotation troubles outside of Tanaka. If Cashman could muster up the resources for a big trade like that (perhaps Betances?), the Yanks would instantly become legitimate contenders, especially if their injured starters come back strong. Making a major move like that would probably necessitate a dive into the team's farm system given the lack of tradable assets on the big league club. With Cashman's history, a move like that would come as no surprise.