An OPS south of .600 likely won't stop Schierholtz from leaving the Cubs.

Chicago Cubs right fielder Nate Schierholtz has never been a flashy hitter, never puts up spectacular numbers and doesn't even play great defense or run well. But dependable overall production and an uncanny knack for coming up with the big hit at the right time throughout his eight-year career will surely draw attention from contending teams this season, despite Schierholtz's first-half struggles.

Make no mistake, the Cubs are interested in selling. Most importantly, Schierholtz's contract expires at the end of the season, and the team doesn't appear interested in spending the money to keep its right fielder around for the long haul. 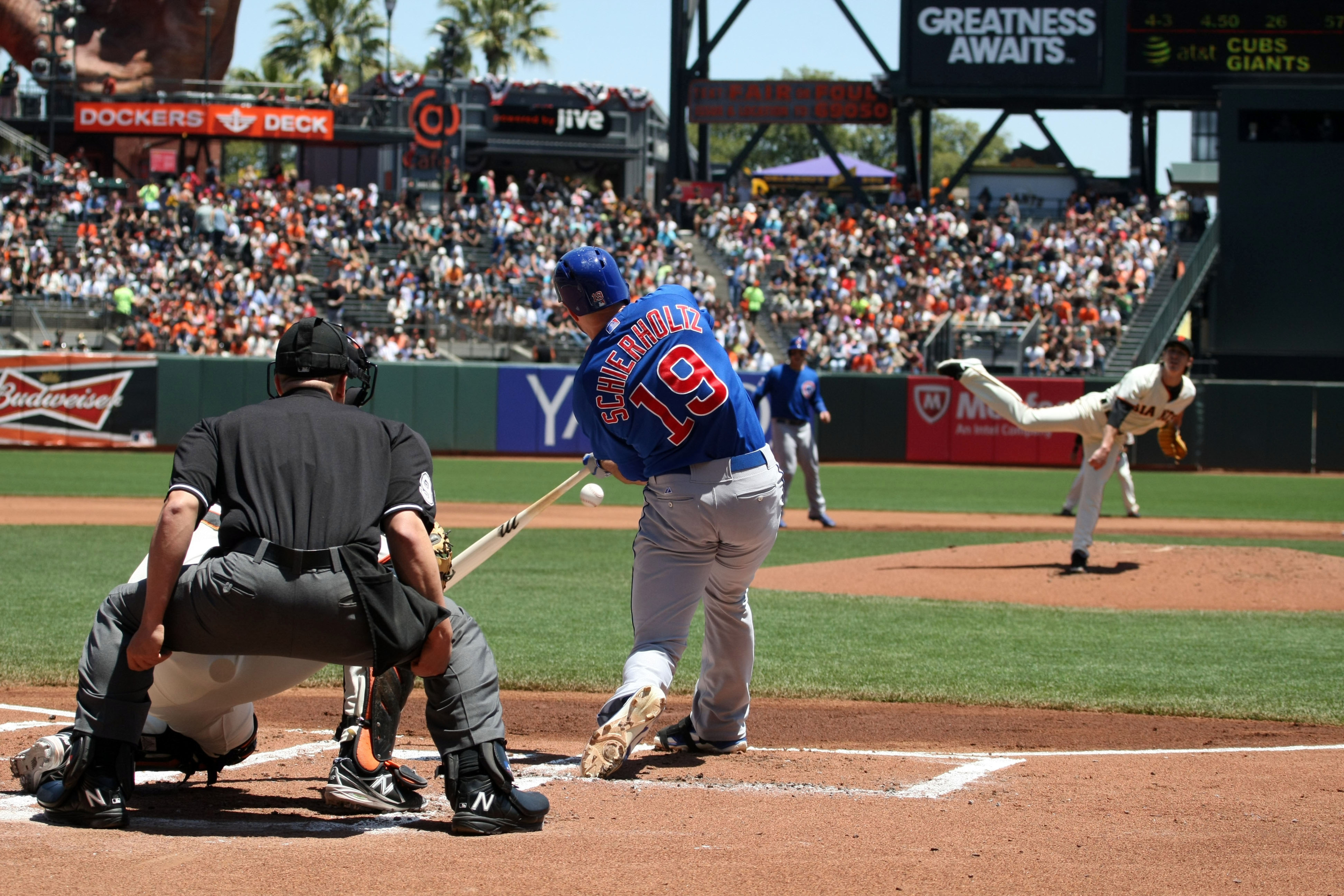 Schierholtz was a reliable outfielder for the Giants, hitting .270 with a .729 OPS across six seasons in San Francisco.

The obvious issue for the Cubs is that they likely won't get a whole lot in return for Schierholtz, who is hitting .204/.261/.309 this year with three home runs in 253 plate appearances. And yet, certain teams in the mix for a playoff spot could secure some much-needed outfield depth with the acquisition of Schierholtz, and who knows? A change of scenery might do the trick, as is sometimes the case with midseason acquisitions. The Cubs right fielder is also just one year removed from a 21-homer season in which he also posted a .770 OPS, and it just goes to show that even with a dismal first half, Schierholtz's teammates still believe in his ability with the stick.

"He has scuffled, but each time he steps in the box, we feel like he’s going to come through for us," pitcher Jake Arrieta said, via CSN Chicago's Patrick Mooney. "He works tremendously hard and he’s very diligent in the way he goes about his business. It’s just kind of been tough for him lately. But I think we all feel very confident with his bat in our lineup."

A possible buyer could be the Detroit Tigers, who sent top scout and longtime executive Scott Reid to scout Schierholtz back in mid-March, according to CBS Chicago's Bruce Levine. The Philadelphia Phillies could also be in the mix, with their obvious need for a lefty-hitting corner outfielder. Schierholtz also played relatively well when he was with the Phillies for the latter part of the 2012 season.