Wil Myers Injury: Nail in the coffin for the Tampa Bay Rays?

This season was already looking bleak for the Rays, and now they'll be without one of their best hitters until well after the All-Star break.

Share All sharing options for: Wil Myers Injury: Nail in the coffin for the Tampa Bay Rays?

With the news that Tampa Bay Rays right fielder and 2013 AL Rookie of the Year Wil Myers will miss at least the next two months after being diagnosed with a stress fracture in his wrist, the outlook is bleak for a team that's already missing two of its best pitchers (Matt Moore and Jeremy Hellickson) and is sitting in the AL East cellar, 11 games back of the first place Toronto Blue Jays.

Myers, who injured his wrist while crashing into center fielder Desmond Jennings during the final play of Friday's game, has been going through a bit of a sophomore slump, posting a .227/.313/.354 slash line with just five home runs and 25 RBI. The silver lining here is that prospect Kevin Kiermaier will have a chance to shine in the majors, even if he doesn't receive the official starting role.

That honor will likely fall to Matt Joyce, who on Tuesday night will be the Rays' third starting right fielder in the four games spanning Myers' absence. Manager Joe Maddon could also turn to utilityman Ben Zobrist to fill in at times, as he did on Monday night. We've seen Maddon's propensity to rotate his lineups in the past, so it's likely that we'll see a wide variety of players stepping in, even if Joyce does grab the majority of the playing time. 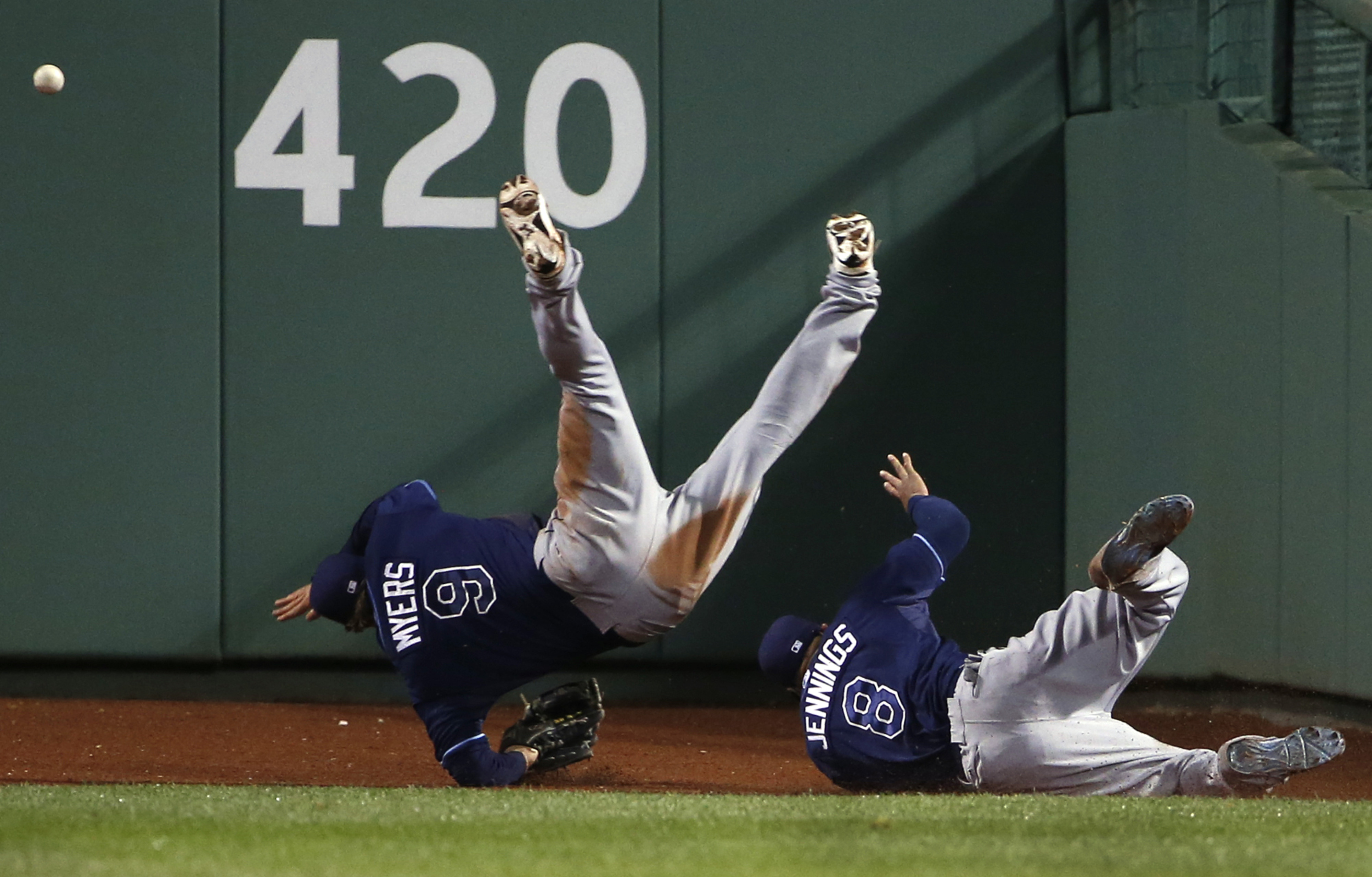 Thus far, Kiermaier has shown that he's capable of handling the starting responsibility as well. In extremely limited playing time in the majors (19 plate appearances), the outfield prospect has a .316 average and a .947 OPS behind a pair of home runs, and he's put together a fine season down at Triple-A Durham, with a .305/.362/.461 slash line. His versatility in the outfield will also allow him to grab some playing time in center field, as is the case on Tuesday night.

A collection of notes from around the league as we move towards the draft and trade deadline.

Pollock was cruising before being hit on the right hand by Reds pitcher Johnny Cueto.

Though Myers will be missed, his recent struggles in the lineup certainly won't be. As Sports Illustrated's Jay Jaffe notes, Myers' downward trend (four hits in his last 13 games) and overall lackluster production this season might be more in line with what we can expect from him down the road, given his remarkably high BABIP last season (.362). Though Myers has shown a tendency to post exceptionally high BABIP totals in the minors, including over. 400 in extended stints at the lower levels, his totals at Triple-A (.349 and .335 in 2012 and 2013, respectively) are likely more in line with what is realistic for him, and even those are well above the big-league norm. This year, the Rays outfielder is down to a .282 BABIP, which is by far a career-low, though also indicative of "his luck evening out," as Jaffe wrote.

Either way, it goes without saying that the Rays will want Myers back in the lineup, though if they continue their downward spiral, there's no sense in rushing him back. This disastrous season for the Rays is only getting worse, and Myers' injury very well could prove to be the nail in the coffin.