The Rockies have a losing record, but they're still right in the thick of the NL Wild Card race.

Troy Tulowitzki has been, without question, the best player in baseball this season. Although he's dominating and staying on the field, the Rockies' other big name -- Carlos Gonzalez -- has been out since June 3 and might not return any time soon. He wasn't playing up to expectations through the first 52 games, but getting him back will be huge for Colorado if they intend to make the postseason.

It's safe to assume that is their intention for the 2014 season. Even though they trail the division-leading Giants by 12-and-a-half games, they can vault themselves into the lead for one of the NL's Wild Card spots with a modest winning streak.

Are the Rockies buyers or sellers? BUYERS

The offense has been strong behind the surprise breakout of Charlie Blackmon, but the pitching staff has struggled. Only Jordan Lyles has posted more than one win according to FanGraphs.

The Rockies are stacked in the outfield and D.J. LeMahieu has made a convincing argument for an everyday gig at the only unspoken for spot in the infield. He's put up a .340 on-base percentage and fielded the position well, despite posting a trifling .362 slugging percentage.

Adding a pitcher to the rotation, and perhaps the bullpen as well, could be an extremely serviceable move for Colorado.

General manager Dan O'Dowd might not be itching to ship away a handful of his best prospects for a year-and-a-half of David Price, but it could be their best chance at emerging in the Wild Card race. The top two prospects in the Rockies' system are pitchers that could make an impact this year -- Jon Gray and the recently-promoted Eddie Butler. So, it wouldn't make much sense for the team to move one or both of them to Tampa Bay to add Price, but if O'Dowd could swing a deal featuring minor league outfielders Raimel Tapia and/or David Dahl, the Rockies could buy low -- as much as hat is possible with a recent Cy Young award winner. Price's ERA is bloated at 4.03 at the moment, but his fielding-independent pitching suggests he's been just as valuable as ever.

Another Ray, another year-and-a-half of control remaining. Zobrist is unbelievably valuable. He's been one of the most effective players in the league over the last six years, and he'll earn just $7 million this year and his contract includes a club option worth $7.5 million for 2015. Only Miguel Cabrera and Evan Longoria have posted more wins since 2009, according to FanGraphs -- and nearly every player in the top 25 makes at least twice as much as Zobrist. He'd command a big return, and the Rockies don't necessarily need him, so like Price, the asking price might be too high. 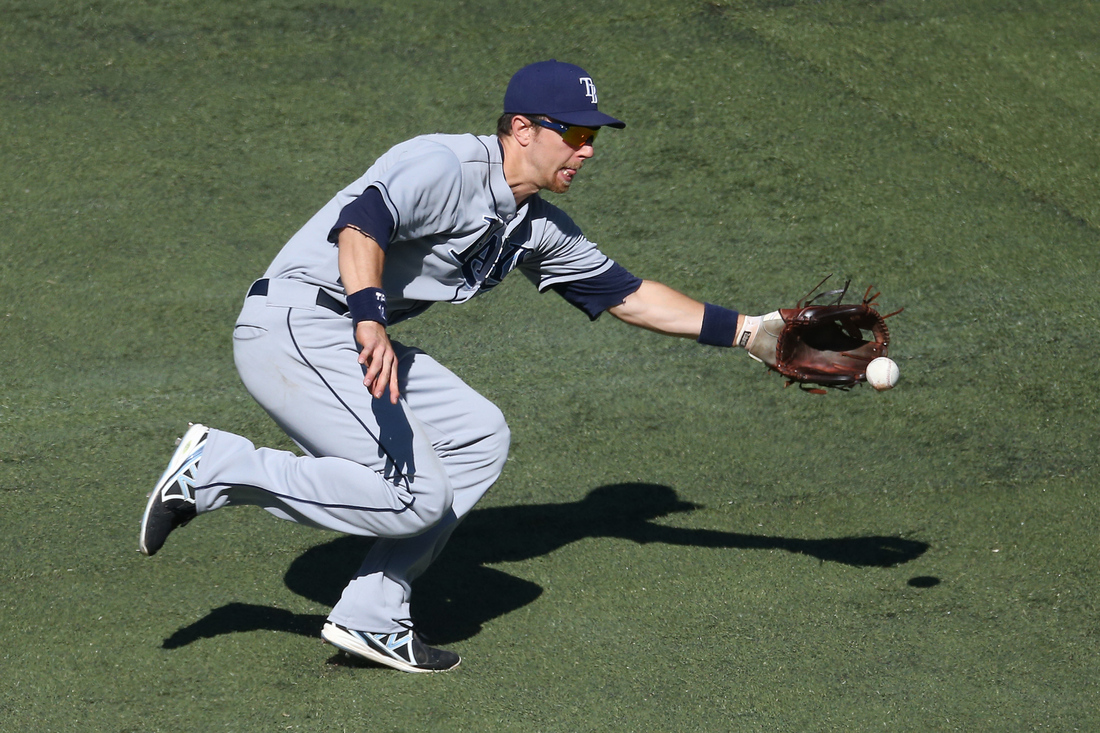 The Rockies have the worst bullpen ERA in the National League. That's partially due to Coors Field, but Colorado's home run/flyball ratio isn't radically higher than, say, the Yankees -- who have the fourth-best fWAR in baseball as a unit. The White Sox are still in the mix for the AL Central pennant, so a deal for Belisario would hinge on their failure to compete. However, if the Rox are in and the Sox are out near the end of July, Belisario could be nice addition to the Colorado pen. He's having a strong season despite his swollen ERA and he's got the sixth-best groundball rate in the league as a reliever.

Hammel put together a solid stretch in Colorado from 2009 to 2011 before being traded with Matt Lindstrom to the Baltimore Orioles for Jeremy Guthrie, who was then traded to the Royals for Jonathan Sanchez, who was then released for being unbelievably terrible. He wasn't spectacular for the O's in 2013 and was allowed to walk in free agency where the Cubs picked him up, presumably to flip him for prospects. He's done his part. He could help a contender this season and the Cubs in 2016 or whenever they launch into a genuine effort to win.