The three-time Serie Nacional MVP will head to Japan to continue his baseball career.

According to Japanese media outlet Sanspo, the Chibe Lotte Marines of Japan's Nippon Professional Baseball have reached an agreement with the 28 year old Despaigne, and the power-packed OF will join them for the rest of their season.  Baseball America's Ben Badler later confirmed the signing, adding that the slugger will return to Cuba at the end of the NPB season with intentions to then play in Cuba's Serie Nacional.

Like many other Cuban stars, Despaigne's baseball journey has taken numerous twists and turns.  He had been playing professionally in Mexico for the Campeche Pirates earlier in 2014, but the discovery that he was using a falsified Dominican passport led to his lifetime banishment from that league.  While that banishment doesn't carry any weight with his potential status in Major League Baseball (should he choose to pursue that route), it is becoming increasingly less likely that the three-time Serie Nacional MVP has MLB plans in his future. 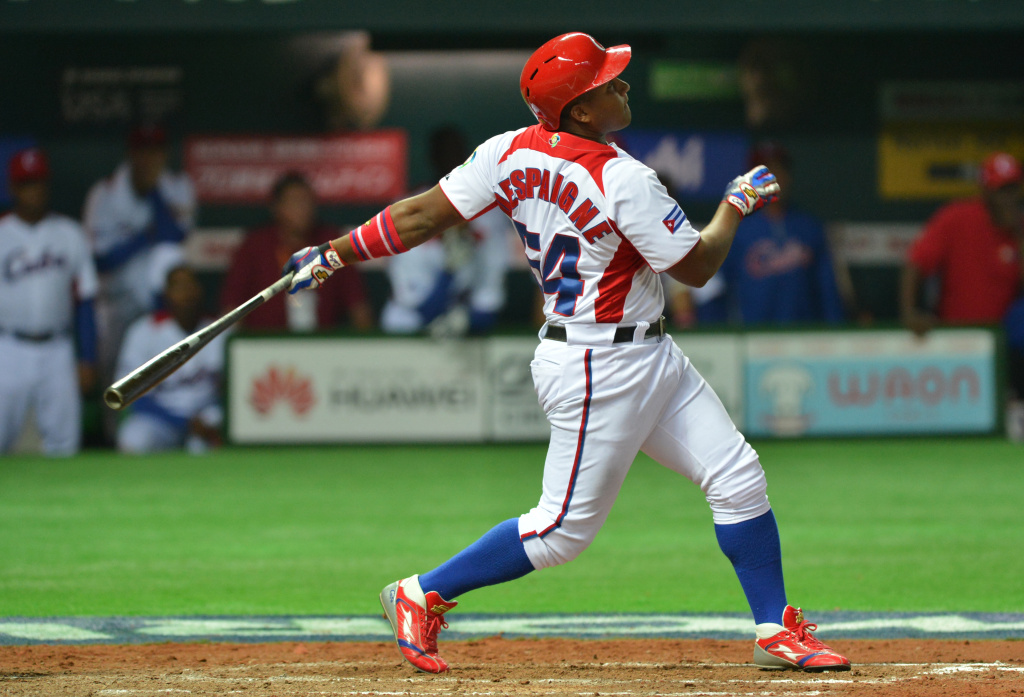 Despaigne's decision to head to Japan appears to be following in a pattern, as well, as fellow Cuban stars Yulieski Gourriel (Yokohama Bay Stars of Japan's Central League) and Frederich Cepeda (Yomiuri Giants of the Central League) began playing in Japan in 2014 thanks to similar agreements with the Cuban government.  Should Despaigne experience a similar level of success there, it will be interesting to see if that pattern expands.