A poor 2014 season has turned the Rangers into sellers, but the team still has no interest in trading its top talent, reports Jon Heyman.

In retrospect, the Texas Rangers probably didn't expect to be receiving trade inquiries about some of their top players before the season started back in March.

But here we are in mid-July, and the Rangers have the worst record in baseball, a result of incredible misfortune with injuries and general underperformance from the team's remaining healthy players.

Even with the team's struggles this season, the Rangers have no interest in getting rid of their top talent, namely Yu Darvish, Adrian Beltre and Elvis Andrus, according to CBS Sports' Jon Heyman. Right fielder Alex Rios is apparently still up for grabs, and reliever Joakim Soria has been linked to various teams, including the Tigers. But the team's core appears to be intact, an understandable position for general manager Jon Daniels given the team's abundance of major league-ready young talent. 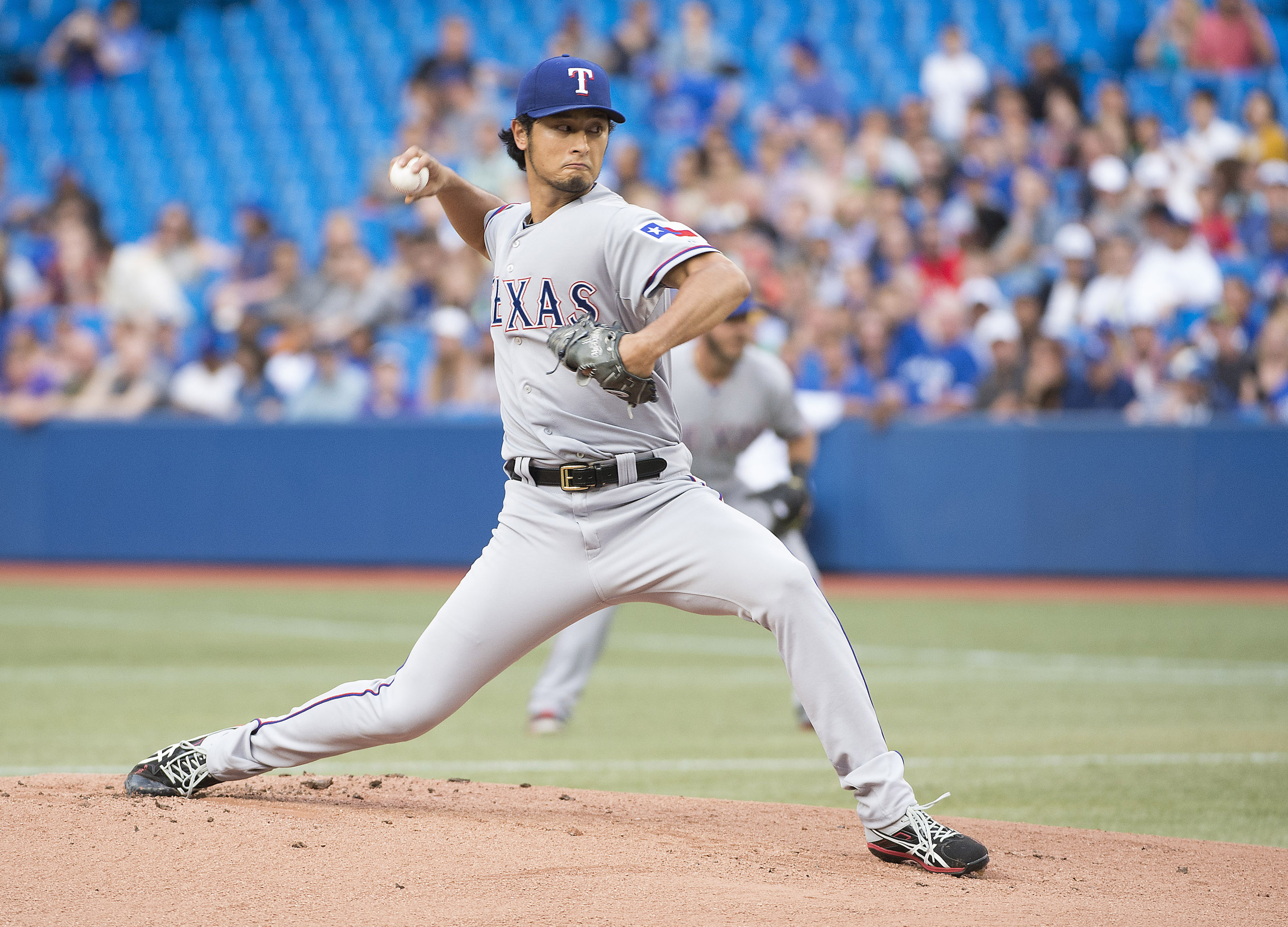 Darvish is 9-5 with a 2.88 ERA and 154 strikeouts, and he'll continue to pitch in Texas for the foreseeable future. Nick Turchiaro-USA TODAY Sports

And yet, much of that young talent is capable of playing the middle infield positions, as Heyman notes, including Jurickson Profar, Rougned Odor and Luis Sardinas. With contending teams looking to acquire Andrus, there might be no better time to sell on the veteran shortstop, especially if his decline continues into next season. Andrus has seen his batting average and OPS slip for the second straight season, and he also leads the league in caught steals and is on track for the lowest on-base percentage of his career.

Rios has been a bright spot for the struggling Rangers, but is he worth the cost?

Detroit is in the market for an upgrade over the struggling Joe Nathan, and the Rangers closer is atop their list.

Clearly, Daniels doesn't see it that way, and his plans to keep the Rangers core intact as they gear up to make a playoff run next season appear to include Andrus. The team's reluctance to part with its shortstop is particularly surprising in this case because there appears to be quite a market for him, but the prospect of selling too low, as Heyman writes, is what makes a deal for Andrus "very unlikely."

Though Darvish, Beltre and Andrus appear to be staying put, Soria, Rios and left-hander Neal Cotts could all be on the move. Cotts should draw some decent value for the Rangers, with his 1.11 ERA last season offsetting his underwhelming 3.48 ERA this year. Either way, he's a reliable left-handed arm out of the bullpen, a valuable addition to any team in August and September.

Soria is another reliever who would likely give the Rangers a big return, with his 2.59 ERA and 16 saves in 33 games this season, along with a history of success in Kansas City that includes a pair of 40-save seasons. MLB.com's T.R. Sullivan and Grace Raynor wrote on July 11 that the Rangers are looking for a big return on Soria, and the Tigers appear willing to give it to them, according to the Detroit Free Press' Brian Manzullo.

No matter what happens with Soria, Cotts and Rios, the Rangers' trio of superstars will likely remain in Texas in the hopes of a rebound season in 2015.