Winners, losers, additions, subtractions, and whatever it is the Royals and Phillies are doing.

Share All sharing options for: Here is what every single team did at the 2014 MLB trade deadline

Here's a complete recap of who went where in the month of July.

The Orioles acted like a team at the top of the AL East with no plans on dropping with a conventional move for a lefty reliever in Andrew Miller.

After big moves at deadlines and in winters past, Toronto flinched. At just two and a half games back of the Orioles in the AL East and with only a three-game hold on the second Wild Card, complacency could come back to haunt the Jays.

The Yankees were active but less ambitiously than in previous years. They traded for Chase Headley and Brandon McCarthy before making a late, intra-divisional move for Stephen Drew and a move for Martin Prado.

As promised, the Rays moved David Price. As in the past, Andrew Friedman moved a prize player as that player peaked  (or just after). Did he get enough in return this time? (No). 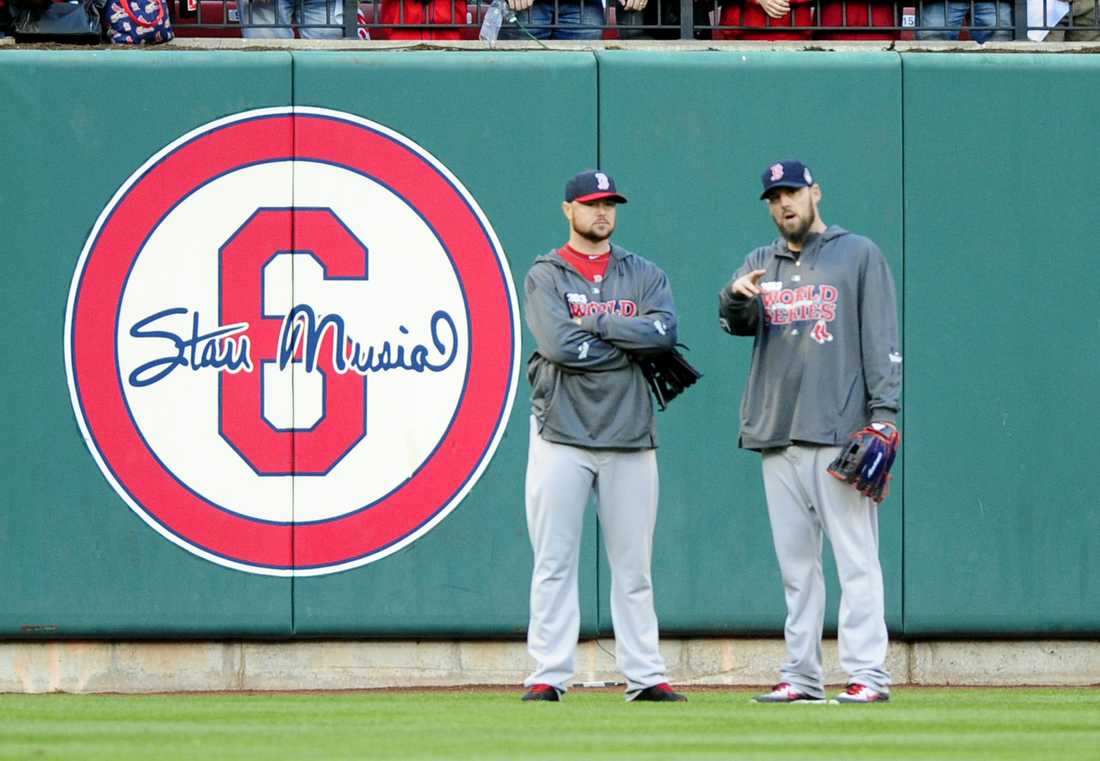 The Red Sox were clearly the belles of the the trade deadline ball. We knew the Lester trade was coming, but who knew that GM Cherington could use the move to nab Yoenis Cespedes? Or trade John Lackey for Allen Craig and Joe Kelly? Red Sox are the clear winners of the deadline -- not because they improved the most but because they saw an opportunity for longer-term improvement and jumped on it.

The Tigers were big-time players at the deadline, shipping off Austin Jackson and acquiring one of the best arms on the market in David Price.

General Manager Dayton Moore acted like a man with nothing to win and nothing to lose. How could the Royals, after trading away prize prospect Wil Myers for two years of James Shields, do nothing at the deadline when they will lose Shields at the end of the season to free agency? In a city begging for wins but content with hope, GMDM chose option C: neither.

The Tribe saw the difficulty in reaching for the second wild card and made the bold-but-sound move to be sellers. Unlike the Royals.

The Twins made one deadline-day move, acquiring Tommy Milone from the A's, but were otherwise quiet in the midst of a disappointing (if expected) season. 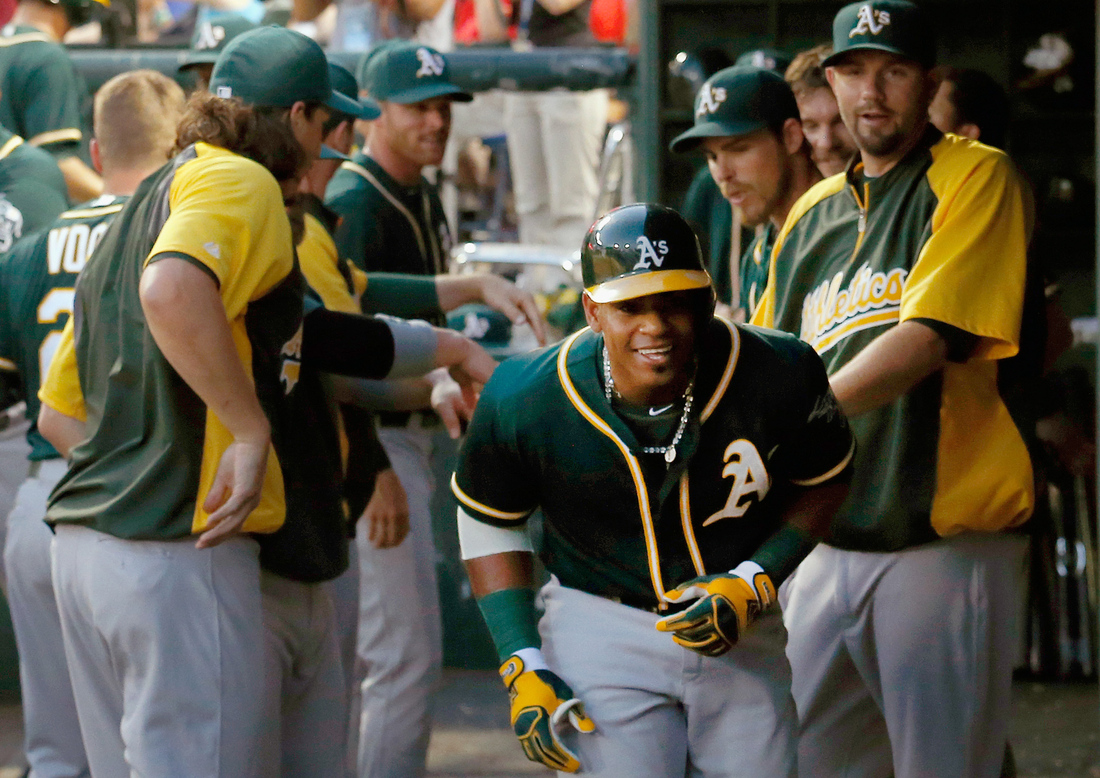 Royals fans: Now this is what going all-in looks like.Two blockbusters at or near the deadline, the first of which -- trading for Samardizja and Hammel -- might have been enough. But moving Cespedes for Lester and Gomes? I can't recall the last time a team was so loudly broadcasting "this is the year." I believe them, too.

The Angels look like a team content with their big five-and-a-half game wild-card lead. Squint just right and see some players coming off injuries, or is that just a heat mirage?

The Mariners are still rolling with the "don't ignore us" mantra which started in the offseason with signing Robinson Cano and continues today with moves for Austin Jackson from the Tigers and Chris Denorfia from the Padres.

The biggest story of the day for the Astros, thankfully for them, is that they weren't the story. Long ways to go in Houston.

Anyone else thinking the Rangers missed a tremendous opportunity to move Alex Rios? I will say it's refreshing to see a team willing to move its closer when they're not in the hunt. This is how you're supposed to do it!

The Nationals acted like a team comfortable with its place in the playoff race, only making a move for Asdrubal Cabrera on deadline day.

With just one notable deadline-day move for 29 year-old Emilio Bonifacio and sitting a game and a half behind the Nationals, the Braves are acting strangely comfortable with their place in the playoff race.

The Marlins kept their word that they weren't actually sellers, electing to keep Giancarlo Stanton and trading for Jarred Cosart from the Astros.

Really have to wonder what happened here. With so many rumors around Bartolo Colon, it's a wonder they couldn't get anything done. 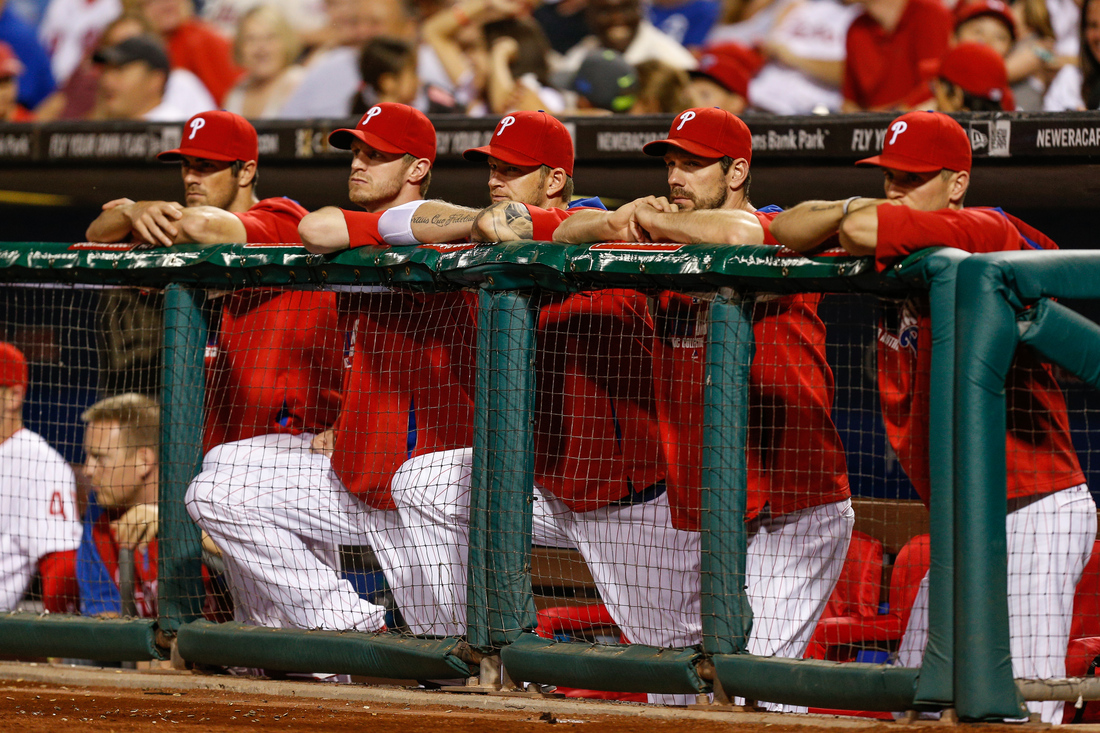 Phillies General Manager Ruben Amaro is making a big post-deadline fuss that nobody would work with him, but it's hard to imagine that's anybody's fault but his own. Watching a great club disintegrate like this should humble anyone.

At 60-49, did the Brewers really need to make any significant moves? I'm not sure grabbing Parra on deadline day will be enough to keep them there, and I won't be surprised if the Cardinals come calling soon.

St. Louis was surprisingly active at the deadline, making moves for Justin Masterson and scoring a big deadline coup with the Lackey-for-Craig-and-Kelly trade.

GM Theo Epstein sold off every piece he could and set the market with the Samadizja trade.

With their only real competition for the NL West in the Giants, it's hard to say the Dodgers should have done anything when the Giants were equally quiet. That said, this was yet another chance for GM Colletti to move that Matt Kemp contract (which goes through 2019!). Will they eat it now or will they eat it later?

Is this the look of a complacent team, or the look of a team which won two of the last four World Series, completely comfortable in its own skin? Neither probably, but adding Peavy is probably not enough to make a serious difference down the stretch.

These are the moves of a GM in search of a job.