Share All sharing options for: Should the Cubs sell young shortstop talent?

How good is the Cubs' farm system?

With the team's recent addition of shortstop Addison Russell, who came over in the Jeff Samardzija trade on July 4, the lineup of top prospects is so long that there might not be enough spots to place everyone in a few years.

As the Chicago Sun-Times' Gordon Wittenmyer writes, however, the Cubs aren't interested in trading even one of their top middle infield prospects, including Javier Baez, Arismendy Alcantara and Russell, along with the big league club's current shortstop, Starlin Castro.

Instead, according to Wittenmyer's article, the Cubs plan to look for alternative positions for their prospects, something we've already seen with Alcantara's move to center field—where he had never played even in the minors before this season—and Baez's shift to second base.

But even then, the Cubs will have to get creative. With Castro at short and Baez at second, the corner infield spots could also be locked up with current first baseman Anthony Rizzo and fast-rising third baseman Kris Bryant, who hit his 40th homer of the season on Thursday (a walk-off in the 12th inning). Assuming Alcantara moves to center field, where he has played 17 games this year, it's easy to see Russell out of a starting spot. 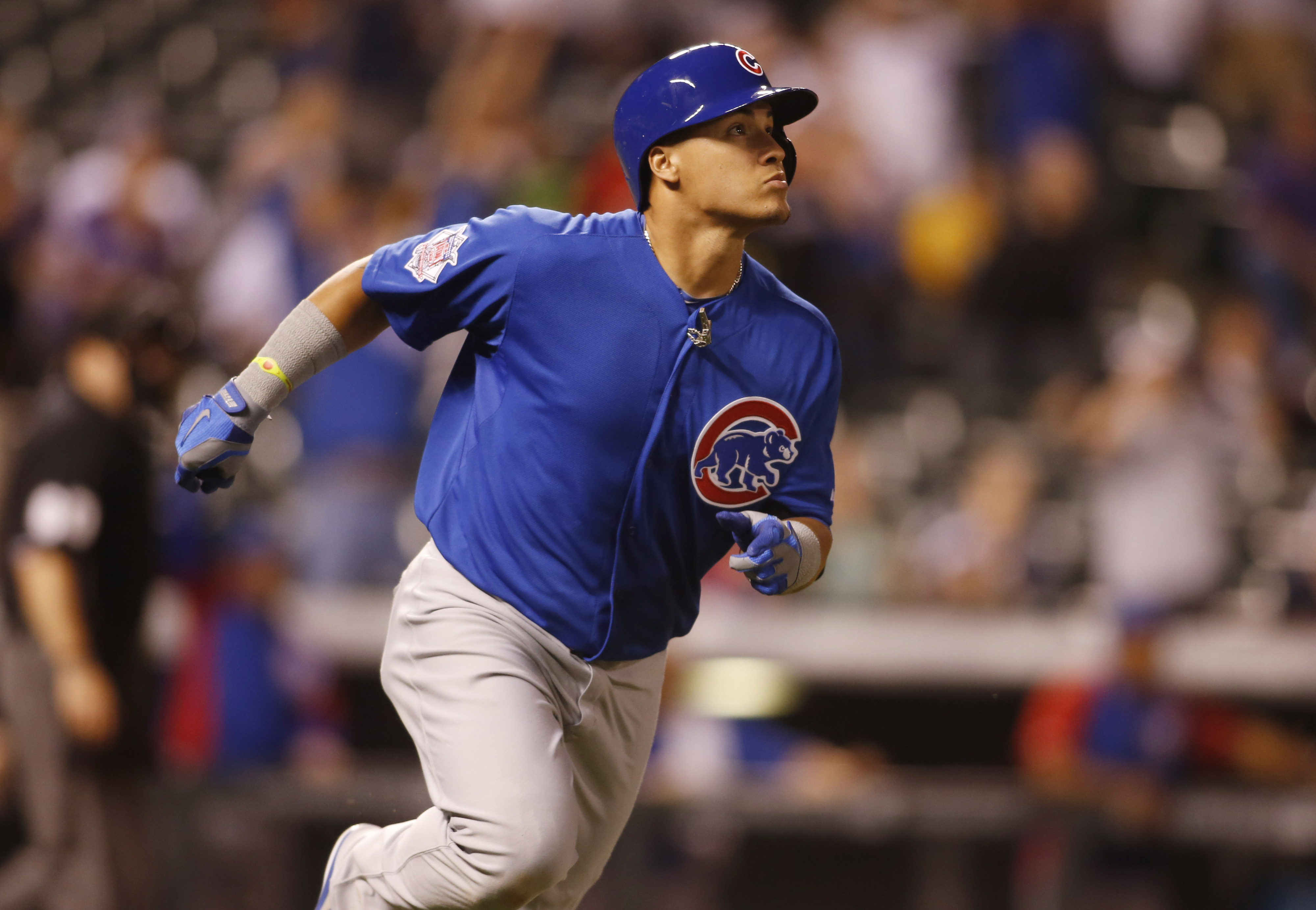 Castro, who turned 24 just before the season started, has already surpassed 800 career hits, and he's posted his highest average and OBP this season since 2011. The rebound in performance, combined with a contract that runs through 2019 with a team option for 2020, seemingly indicates that the Cubs shortstop will be in Chicago for awhile. Plus, he's interested in sticking around, according to a recent article in the Chicago Tribune.

"As soon as those guys get here, we'll be better," Castro told the Trib's Mark Gonzales when asked about the upcoming influx of young infield prospects. "We have great talent and great young talent, and the team is going to be awesome."

"Awesome" is the word general manager Jed Hoyer would likely use to describe the situation. He's the one who said in Wittenmyer's article that the Cubs "can be a better team...in a lot of ways" if they work on moving their shortstops to different positions.

But does the Cubs' stance make sense? The shortstop position is always in high demand, both for its importance on the field and for the lack of talent available at the position. That means the Cubs could be sitting on a gold mine if they don't choose to look for other talent.

More from our team site

More from our team site

For all the drooling over the Cubs' farm system, the team still could use some help with its starting pitching. Only three of the club's top 10 prospects are pitchers, non of whom break the top five on MLB.com's list. The big league rotation is unquestionably a mess, with the departure of Samardzija and Jason Hammel giving the Cubs a makeshift rotation that doesn't figure to improve soon if the team fails to bring in talent.

Of course, the Cubs might not even have an abundance of infielders by the time everyone makes it to the majors. Though Bryant, Baez, Russell and Alcantara are top prospects, all four of them would have to pan out for the team to have a "problem," and that's far from given.

For now, it's likely too early to tell what the Cubs' course of action should be. Hoyer and President of Baseball Operations Theo Epstein can start to "worry" if it looks like each and every one of the team's top infield prospects will be successful in the majors, and even then, that's a problem every team wants to have.