The rich got richer.

Was that crazy or what?

Non-waiver trading is finally over, and as the dust clears up a bit, we can attempt to evaluate the blockbuster deals (and the minor ones) to see who came out on top in the frenzy of moves.

Thursday's madness reminded us how the league's best teams got to where they are now: through smart, calculated front office moves. The Athletics and Tigers each upgraded their rotations in what has become a Cold War-esque stockpiling of pitching weapons. The Cardinals added John Lackey and Justin Masterson to a rotation that badly needed reinforcements. The Red Sox built for the future and the Royals and Phillies, well...hmm.

Here, we'll take a look at who improved and what the playoff implications are as a result of the deals, and we'll also try to uncover the rationale behind some of the deals—or, in some cases, the non-deals. First on the list, in no particular order: Oakland.

Sam Fuld, one of the more underrated acquisitions on Thursday, had a .508 OBP over his last 16 games heading into Friday. Brad Rempel-USA TODAY Sports

The league's best team has only gotten better during a season that has furthered A's GM Billy Beane's reputation as the game's sharpest and most resourceful general manager.

If you thought Beane would stop after acquiring right-hander Jeff Samardzija from the Cubs on July 5, you would be so, so wrong. The big move on Thursday came when the A's traded fan favorite Yoenis Cespedes to Boston in what was a ruthless slap in the face for most Oakland supporters. But Beane got his money's worth, netting Red Sox lefty Jon Lester and outfielder Jonny Gomes (a Bay Area native) in return. The team also brought in minor league right-hander Deck McGuire from the Blue Jays and former A's outfielder Sam Fuld from the Twins in two separate deals. All told, it was a big day for Beane and the A's.

A's fans will be sad to see Cespedes go, but they should be even happier to see Lester arrive. In a season in which Beane is pulling out all stops, the A's must win the World Series to justify the blockbuster moves, and Lester will do more to ensure that goal is reached than Cespedes ever can.

Yoenis Cespedes trade is a punch in the stomach

There were baseball reasons for the Jon Lester/Yoenis Cespedes swap. They don't matter so much right now.

Yoenis Cespedes trade is a punch in the stomach

Why's that? When it comes to a playoff series that can come down to a single play, the importance of having a rotation that can match up to, for example, that of the Detroit Tigers—the single biggest opposition to the Athletics' trip to the World Series—cannot be overstated. Pitching, pitching and more pitching is what wins championships, and it's the best way for a team to increase its odds in the crapshoot that is the MLB postseason. Cespedes is a great player, but his underwhelming career numbers pale in comparison to the dominant season Lester is having, on top of the latter's overall outstanding track record in the postseason.

That's not to say Cespedes hasn't been great in the postseason as well—he has, with a .920 OPS in 43 plate appearances. But as past World Series winners have shown us (i.e. the Red Sox in 2013, Giants in 2012 and 2010), pitching in the playoffs wins championships. Billy Beane stacked the odds in his favor, and now it's up to his team to deliver. 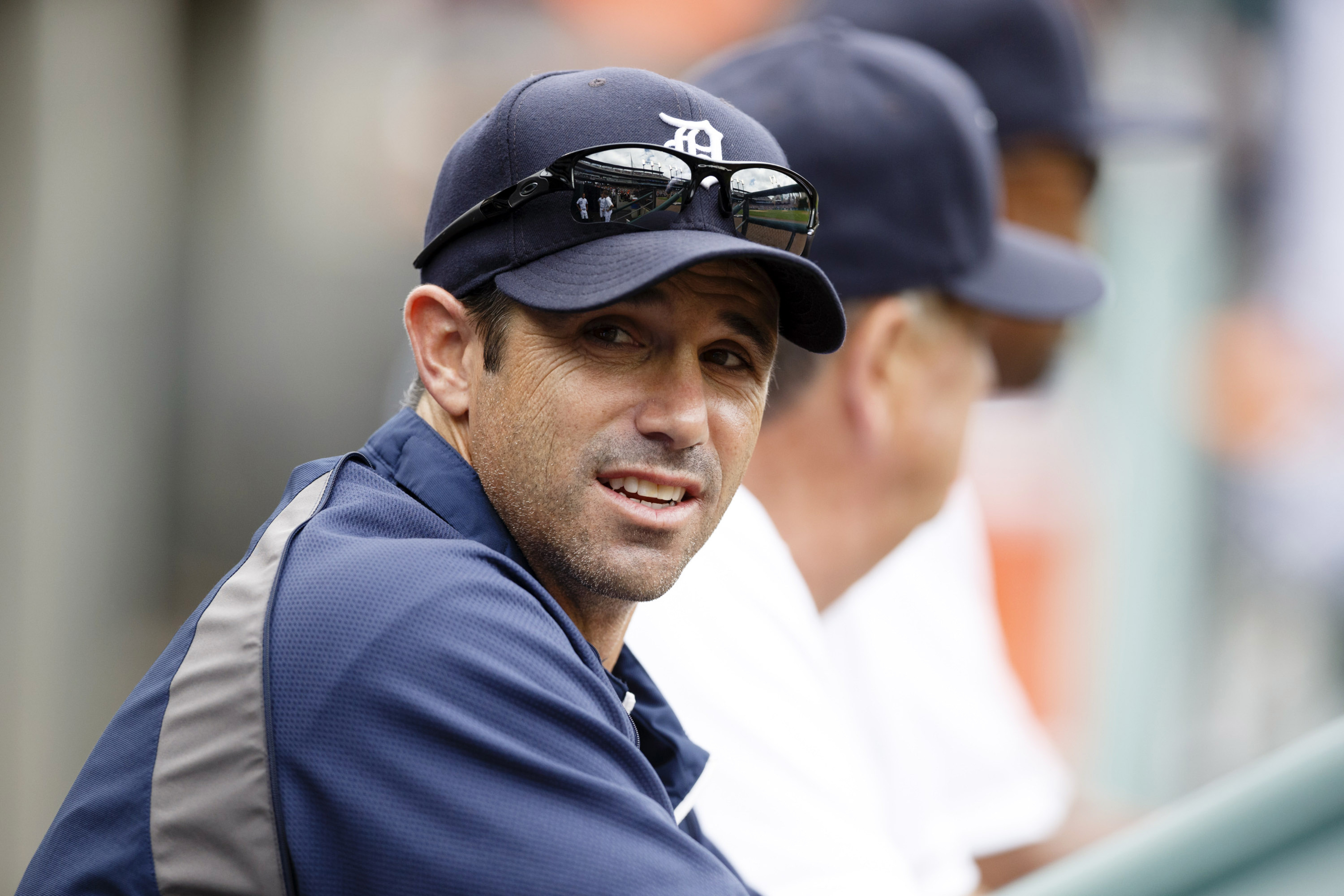 Tigers manager Brad Ausmus now gets to wake up in the morning with the assurance that he'll have either David Price, Max Scherzer, Anibal Sanchez, Justin Verlander or Rick Porcello pitching for him on any given day. Plus, GM Dave Dombrowski gave up so little to get Price that the Tigers' lineup remains largely intact (with the exception of center fielder Austin Jackson), and it can continue to score runs in bunches. (The Tigers rank fifth in the majors in runs.)

On a much lesser scale, Ausmus became the David Blatt of Major League Baseball. (Blatt, also known as the luckiest man on Earth, became the Cleveland Cavaliers coach this offseason before LeBron James signed with the team.) But challenges still abound for Ausmus, whose stacked roster might not even measure up to Bob Melvin's over in Oakland.

Still, bringing on one of baseball's premier pitchers while keeping the roster largely intact should breathe life into the Tigers, while taking a bit of the load off Ausmus' shoulders. For a first-year manager, that's a huge win.

Those in Favor of Firing Ruben Amaro Jr. and Dayton Moore

It's unclear who is worse at his job between Ruben Amaro Jr. and Dayton Moore, general managers of the Phillies and Royals, respectively, but one thing is for sure: Fans of each team have been calling for their exec's firing for months, if not years, and this season's trade deadline only added fuel to the fire.

The gripe when it comes to Moore is that he stood pat at the deadline while his team was essentially at a crossroads. At 55-52, the Royals are in baseball purgatory, just four games behind the division-leading Tigers and 3.5 back in the race for the second wild card. But instead of committing one way or another, Moore only added catcher Erik Kratz and right-handers Jason Frasor and Liam Hendriks, and in the process perhaps lost ace James Shields in the long run by neglecting to deal him.

So, essentially in exchange for Wil Myers and Jake Odorizzi, Moore has received 22 wins and a 3.15 ERA from Shields across two non-playoff seasons, and he won't get much more if Shields doesn't return this offseason—which is all but certain.

Yes, Ruben Amaro Jr. is THAT bad at his job

As the Philadelphia masses pile on, resist the urge to swim against the tide and find some redeeming qualities. There are none. Amaro is horrible at his job and needs to be fired.

The Royals, neither buyers, nor sellers, but content with what they have. Very Zen, Dayton. Very Zen.

Meanwhile, Philadelphia's roster went into the deadline as a mess, and it came out as one. When Amaro took over the Phillies the day after the team's 2008 World Series parade, he was set up for success with plenty of financial flexibility, some top prospects and one of the best rosters in the game.

Now, the Phillies are committed to several massive contracts, including Ryan Howard's albatross of a deal, and they sit in the NL East cellar, 10.5 games back. With a golden opportunity to sell on some of the team's top talent, including Marlon Byrd, Cole Hamels, Kyle Kendrick, Chase Utley and others, Amaro stood pat and set his team up for another losing season in 2015.

"The players that were moved and dealt were not really players that fit what we were trying to do and was not a fit for our club," Amaro told CSN Philly. "And when a team doesn't want your player, you can't force them to want that player. And when you target certain teams and certain players on specific clubs and things don't work out, then they just don't work. That's the fact."

The two maligned GMs can still save some face and make a few waiver moves in August, though that's obviously not a breeding ground for successful, groundbreaking acquisitions. As our Justin Bopp wrote about the Phillies in his trade deadline summary, "Watching a great club disintegrate like this should humble anyone." Yes, and perhaps anger every Phillies fan to boot. 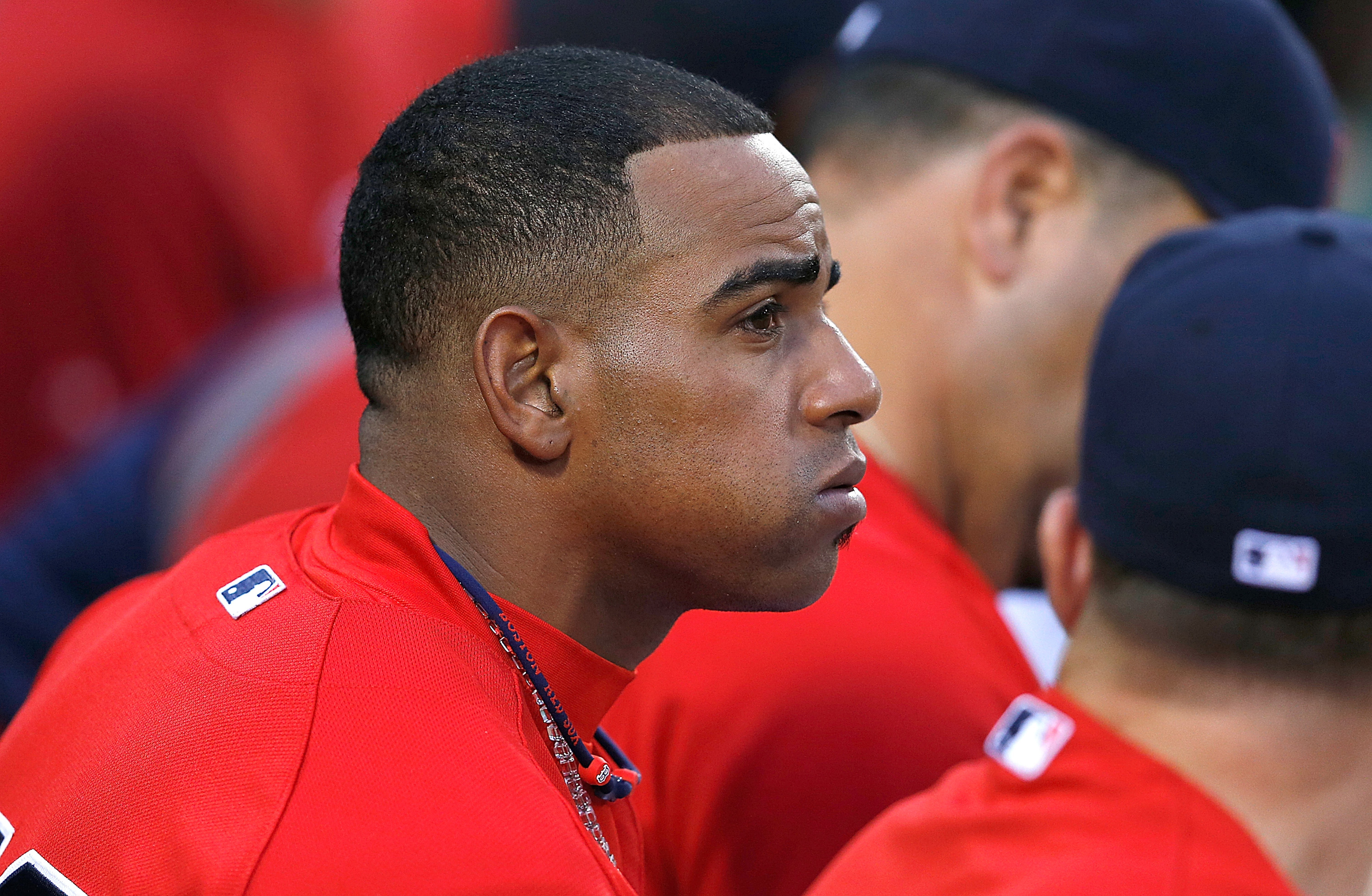 If it wasn't abundantly clear, the Red Sox conceded their 2014 season on Thursday and made big leaps toward contending in 2015.

Acquiring Yoenis Cespedes was the big deal, but other smaller additions figure to pay off next season as well. Joe Kelly and Allen Craig, both in the midst of underwhelming seasons, have a history of success and could prove to be big contributors next season. Former Giants prospects Edwin Escobar and Heath Hembree have stalled in the minors, but each has the tools to have an impact in the majors, and Hembree is essentially big-league ready after spending three seasons at Triple-A.

Plus, losing Jon Lester for Cespedes might not have any negative effect on the Sox because of Lester's stated interest in returning to Boston, even if traded. That means the Red Sox can have their cake and eat it too, and they could be back with a vengeance next season should they re-acquire Lester.

Here is what every single team did at the deadline

Winners, losers, additions, subtractions, and whatever it is the Royals and Phillies are doing.

Here's a place where you can find the details on every move.

Boston's moves should also have a resounding impact on the rest of the AL East this season. Aside from sending shortstop Stephen Drew to New York, the Red Sox turned themselves into easy pickings for the rest of the division. While the addition of Cespedes bolsters the lineup, the loss of Lester and Peavy has turned Boston's rotation into, well, kind of a disaster.

The projected rotation going forward consists of some combination of Clay Buchholz, Rubby De La Rosa, Brandon Workman, Anthony Ranaudo, Joe Kelly and Allen Webster, with the average age of the latter five starters coming out to a shade over 25.

But even with the gutted rotation, the Sox could be a free agent pickup away from having a solid crop of starters next year. If Lester returns, he'll head the rotation with Buchholz, a standout performer as recently as 2013. The young arms will presumably only improve, so the rotation certainly has room to grow, and it's not unreasonable to expect the Sox to pick up another starter in addition to Lester this offseason.

So, yes, the Red Sox will lose a lot of games this year, but next season could be a different story. 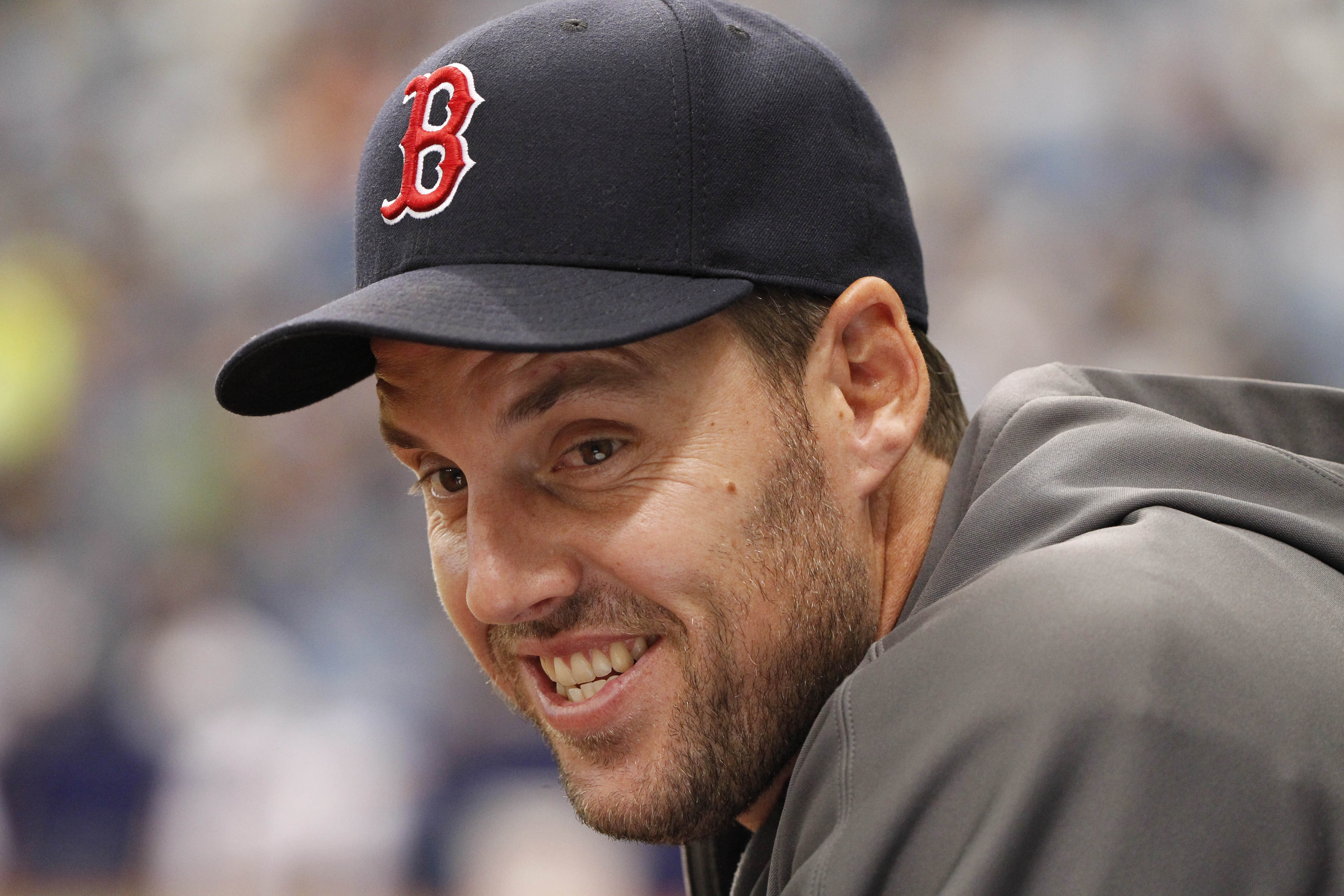 Perhaps the biggest winner of the trade deadline, Lackey moves from the last-place Red Sox to the contending Cardinals, who hold the National League's second wild card spot and sit two games out in the NL Central.

But that's not all. Lackey is also going from the worst pitching environment in baseball (the AL East) to one of the more favorable, the NL Central. Though it's a competitive division with two contending teams in addition to the Cardinals (Brewers, Pirates), offense has been at a premium in the Central this year.

Indeed, the Cubs are tied with Lackey's former team for 26th in the majors in runs scored, and the Reds aren't far behind at 28th. The Pirates and Brewers are 11th and 8th, respectively, but recently it has been a different story. Milwaukee has since cooled off from its hot start, scoring just 88 runs in July to rank 25th in the majors.

Translation: Lackey's job just got a lot easier, and he'll be pitching in games that matter for his team. That's a win in my book.